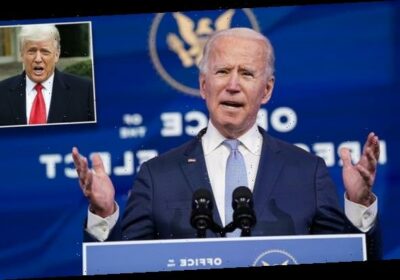 Joe Biden calls Trump mob storming Congress ‘an insurrection’ and blames Donald Trump for ‘stoking the flames of hate and chaos’ in address to the nation just before president tells supporters ‘we love you, go home now’

President-elect Joe Biden told President Donald Trump to order his ‘extremist mob’ out of the U.S. Capitol, calling the attack an ‘insurrection’ and blaming the president for ‘stoking the flames of hate and chaos.’

‘I call on President Trump to go on national television to fulfill his oath and defend the Constitution and demand an end to this siege,’ Biden said Wednesday from Wilmington, Delaware.

The president-elect labeled the group ‘extremists’ and said they were ‘dedicated to lawlessness.’

‘Let me be very clear: The scenes of chaos at the Capitol do not reflect the true America. This is not who we are,’ Biden said.

Trump released a video message after Biden had concluded, telling the rioters to ‘go home now’ as he fawned on them, ‘We love you, you’re very special.’

‘We had an election that was stolen from us,’ Trump also falsely continued to claim. 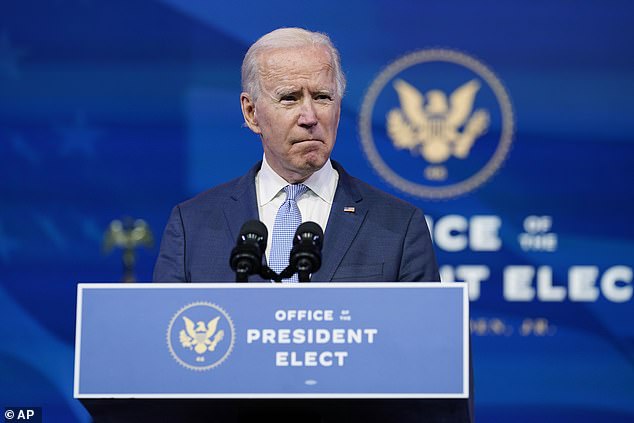 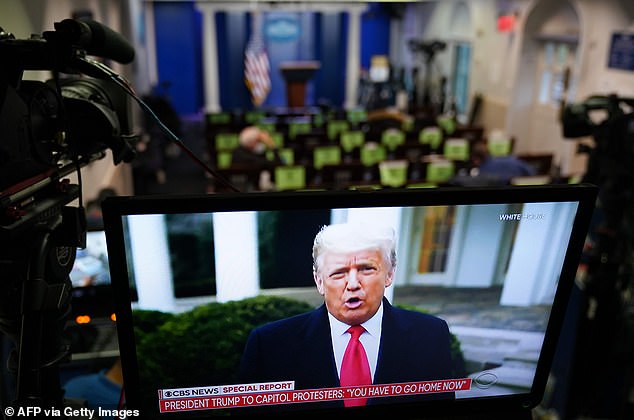 After President-elect Joe Biden spoke, President Donald Trump released a video message where he asked his supporters to ‘go home now’ and told them he loved them – while also repeating his false claims that the election was ‘stolen’ from him

‘Like anything we’ve seen in modern times,’ Biden uttered.

‘This is not dissent, this is disorder,’ Biden said. ‘It is chaos. It borders on sedition. And it must end. Now.’

‘I call on this mob to pull back and allow the work of democracy to go forward,’ Biden added.

Biden remarked that he’s often said that the ‘words of a president matter.’

‘You’ve heard me say this before, in a different context.’

‘At their worst they can incite,’ Biden said.

He then called on Trump to make a televised statement.

The president had been watching the violent outbursts from the Oval Office after lying to his supporters and telling them Vice President Mike Pence and Republican lawmakers had the power to overturn the results of the election.

Biden, who started his political career as a U.S. senator, remarked that he couldn’t believe what he was seeing as rioters smashed windows, occupied Congressional offices and got to both the House and Senate floor.

‘It’s not a protest, it’s an insurrection,’ the soon-to-be president said. ‘I am generally shocked and saddened,’ Biden added, calling it an especially ‘dark moment.’

‘The certification of the Electoral College votes is supposed to be a sacred ritual in which we affirm the majesty of American democracy,’ Biden said. ‘Today is a reminder, a painful one, that democracy is fragile.’

He said once he took office in two weeks, he would work on a ‘restoration of democracy,’ to help the U.S build back from this moment.

‘So President Trump, step up, Biden said, before leaving the stage and answering no questions.