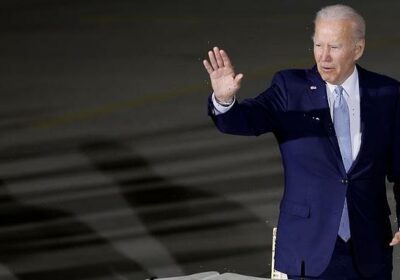 President Joe Biden announced on Sunday that the United States and its G7 allies will ban imports of Russian gold in another attempt to cut off Vladimir Putin’s funding for his war in th Ukraine.

Biden is seeking to strangle Putin financially in order to end the invasion. The gold ban comes as Russian continues to rake in billions from oil sales despite bans from the U.S. and other western nations.

‘The United States has imposed unprecedented costs on Putin to deny him the revenue he needs to fund his war against Ukraine,’ Biden wrote on Twitter.

‘Together, the G7 will announce that we will ban the import of Russian gold, a major export that rakes in tens of billions of dollars for Russia.’

A formal announcement was expected Tuesday. 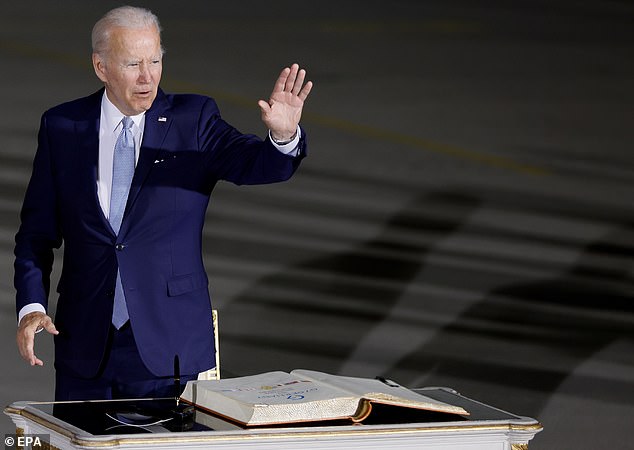 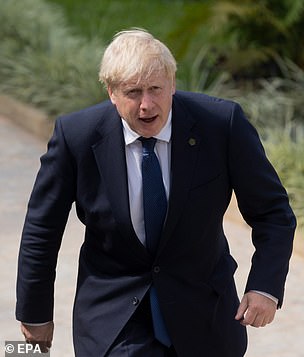 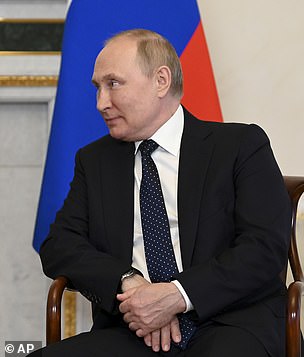 The West has already imposed a series of sanctions on Russian oil, luxury goods and other items.

But questions remain as the effectiveness of those financial punishments.

‘The short-term financial impact of the sanctions on Russia’s economy has been substantial but appears to have dissipated since May,’ the Center for Strategic and International Studies reported this month.

And Russian oil, the nation’s biggest source of income, is still being purchased – China and India are picking up the slack left when the U.S. and allies started to ban Russian oil.

While oil sales are down, prices are up, helping generate billions for Putin’s war.

Russia is still raking in $1 billion a day from its oil supply, the Center for Research on Energy and Clear Air found.

The Biden administration argues the sanctions are working.

‘The US has rallied the world and imposing swift and significant economic costs. It will deny Putin revenue he needs to finance his war. In this case, gold after energy is the second largest export for Russia and a source of significant revenue for for Putin and Russia,’ a senior administration official said.

The official went on to say the effect of the sanctions ‘is intended to be cumulative, not just in the moment, and we’re already seeing the extent to which sanctions are degrading the productive capacity of the Russian economy, particularly in sectors like technology, like defense, like other key important industries, and those impacts only accumulate over time such that Russia’s ability to wage war are going to decline over time as a result of the collective steps that the G7 has taken.’

As the G7 leaders gather in Germany, Russia is ramping up its attacks in the Ukraine. Russian forces attacked the capital of Kyiv for the first time in weeks, striking at least two residential buildings.

Russia and its war in the Ukraine will ‘be at the top of the list,’ a senior administration official said on Sunday. 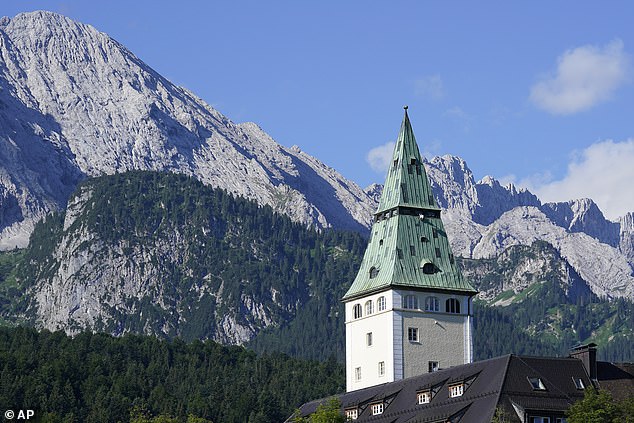 A view of the secluded Schloss Elmau luxury hotel in Elmau, Germany where President Joe Biden and the other leaders of the G7 are meeting 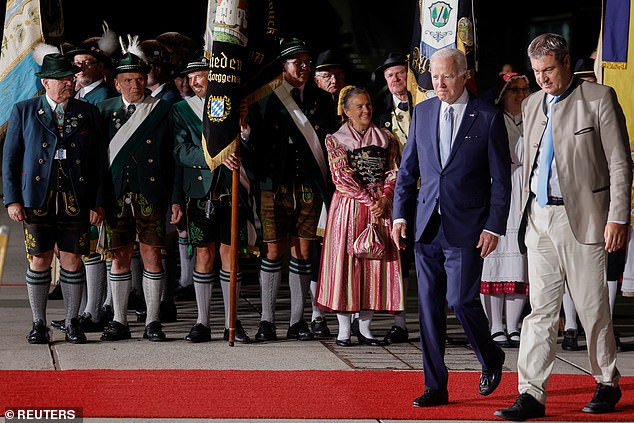 President Joe Biden arrived in Germany on Saturday night for the G7 summit, he was greeted by Bavarian Prime Minister Markus Soeder and people in traditional German dress

Biden’s first day at the G& will be spent in meetings, including lunches and dinners with his fellow leaders from the UK, Canada, Italy, Japan, France, Germany and the European Union. He’ll also participate in an official welcome ceremony and take a family photo.

The first formal session for the leaders of the world’s seven largest economies will be the economy and the high food and gas prices that have resulted from both the invasion of the Ukraine and the world emerging from the covid pandemic.

Like the United States, Germany, Canada and the United Kingdom are battling record-high inflation.

‘The disruptions generally that are emanating from Russia’s invasion of Ukraine, even as the leaders, including President Biden will be focused on the challenge and the challenges and disruptions of the moment,’ a senior administration official said on Sunday morning.

The president arrived in Germany on a Saturday night to a red carpet welcome – complete with flags flying and a band playing. A large group of people in traditional Bavarian dress greeted him, along with Bavarian Prime Minister Markus Soder.