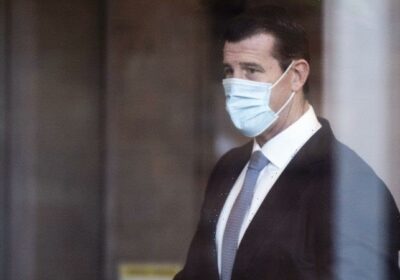 Justice Anthony Besanko has heard many variations on the story of what happened at the village compound dubbed Whisky 108 in southern Afghanistan on Easter Sunday, 2009.

Australian Special Air Service patrols were sweeping the compound after an air strike, one working anti-clockwise past the living quarters on the western wall, another moving clockwise to “close the circuit”. Ben Roberts-Smith’s troop leader, Person 5, was in the second group and moving through animal pens when, he told the court on Tuesday, an Afghan officer noticed a suspicious set up and called him back. 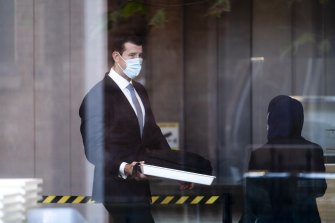 Ben Roberts-Smith at the Federal Court in Sydney on Tuesday.Credit:Rhett Wyman

“To me, it just looked like green grass,” Person 5 said. “He was calling me back because things that are unnatural in a compound, the Afghans see a lot better than Western eyes do.”

Peeling off the grass, the court heard, they discovered the entrance to a tunnel.

Witnesses called by The Age, The Sydney Morning Herald and The Canberra Times have told the Federal Court that men were pulled from the tunnel – though estimates vary as to how many emerged. There has also been testimony that two men, who Roberts-Smith claimed were enemy combatants shot outside the compound, were killed by Roberts-Smith or another SAS soldier while under the custody of Australian troops.

But Person 5, who is the first of Roberts-Smith’s witnesses called to give evidence, told Justice Besanko on Tuesday the men supposedly pulled from the tunnel simply did not exist.

After the tunnel was discovered, several troopers offered to go down and check for enemy combatants, he said, and he nominated Person 35 because his stature was best suited to tunnel work.

“He was in there no more than a couple of minutes,” Person 5 said in evidence. “He then came back, stuck his head up and said it was clear.”

There was no room in this version of the story for a scenario in which an elderly man was pulled from the tunnel, as Person 43 testified, let alone two people, as Person 40 testified.

There was no way that Roberts-Smith could have kicked one of those non-existent people to the ground, as Person 41 testified.

The notion that Person 5 might have ordered a junior soldier, Person 4, to kill one of those mythical Afghans, or later boasted that he had “blooded the rookie”, as Person 14 testified, would not make sense on the basis of Person 5’s account.

In Person 5’s version of events, a man with a prosthetic leg was killed outside the compound. He conceded that he had later drunk from the leg, along with his troops at the unauthorised soldiers’ bar, the Fat Lady’s Arms.

“It was a cultural thing,” Person 5 explained. “Some of the junior officers were drinking out of it. Never ask your men to do something you aren’t willing to do yourself.”