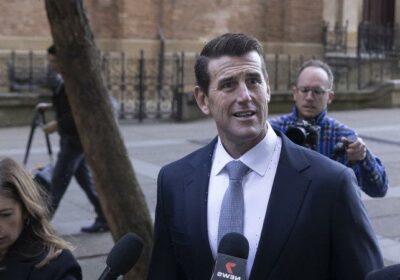 Ben Roberts-Smith is seeking to expand the number of people he is taking legal action against to also include his ex-wife’s best friend, over allegations the friend gained access to the former soldier’s email account 101 times.

Mr Roberts-Smith, one of Australia’s most decorated war veterans, is suing The Age, The Sydney Morning Herald and The Canberra Times over a series of reports he allegedly committed murder on deployments to Afghanistan, and that he punched a woman, with whom he was having an affair, in Canberra in 2018. Mr Roberts-Smith denies any wrongdoing. 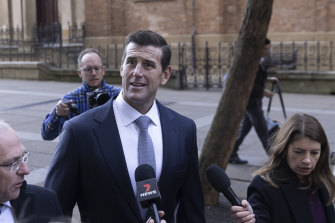 Ben Roberts-Smith outside the Federal Court in Sydney earlier this year.Credit:Brook Mitchell

The news outlets are defending the claims and relying on a defence of truth. The defamation trial in the Federal Court has been adjourned because of the impact of the COVID-19 pandemic in Sydney.

In addition to the defamation proceedings against the media, Mr Roberts-Smith has initiated legal action against his ex-wife, Emma Roberts, in a bid to find out whether she unlawfully accessed his emails and whether she passed on any information to others. Ms Roberts is expected to be called as a witness for the media in the defamation trial. 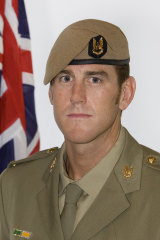 Ben Roberts-Smith when with the Special Air Service.Credit:ADF

On Friday, Mr Roberts-Smith’s lawyers applied to the court for the case against Ms Roberts to also be expanded to include her best friend, Danielle Scott, and Ms Scott’s husband over an allegation they gained access to the former soldier’s private email account without his permission.

Arthur Moses, SC, for Mr Roberts-Smith, said new material provided by Telstra showed that Ms Scott or her husband accessed the email account at least 101 times between January last year and May this year.

Mr Moses said that the account was used by Mr Roberts-Smith to communicate with his lawyers about the defamation case against the news outlets and his involvement in the inquiry by the Inspector-General of the Australian Defence Force, who investigated allegations of war crimes committed by Australian soldiers in Afghanistan.

Mr Moses said Mr Roberts-Smith was entitled to ask Ms Scott and her husband how they got the password to the email account, whether they gained access to the account and whether they passed information onto anyone else.

While potential criminal wrongdoing had not been identified, Mr Moses said “nothing would be more calculated to bring the administration of justice into disrepute” than for a party to access a private email account.

He called on Justice Robert Bromwich to add Ms Scott and her husband as respondents to the case against Ms Roberts. Lawyers for the couple and Ms Roberts did not appear at Friday’s hearing.

Mr Moses said had Mr Roberts-Smith been aware of the Telstra material at the time he launched legal action against his ex-wife, he would have also included Ms Scott and her husband. There was now a “strong basis for there to be an arguable case” against the couple, the barrister said.

“If Ms Scott and her husband are not joined to these proceedings then the applicant [Mr Roberts-Smith] would have a basis to commence separate proceedings against them,” Mr Moses said.

The defamation trial against the newspapers is on hold until at least November 1 and is expected to spill into next year.