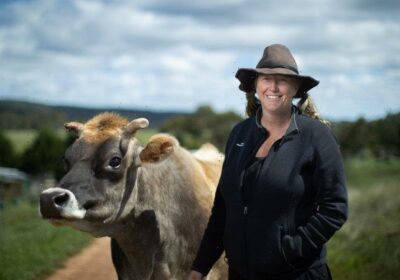 Meat prices have hit a three-year high and the cost of beef is set to continue rising before Christmas as restaurants reopen and long-awaited social gatherings drive up demand.

A decline in livestock numbers following drought and bushfires, labour shortages and overseas demand for some meat products has driven up the average price of beef to a record $24.72 per kilogram. 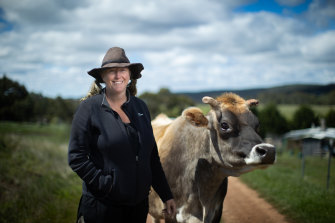 The latest figures from Meat and Livestock Australia show beef prices rose 9.7 per cent in the 12 weeks to September 5, compared with the same period the year before.

Lamb prices rose 2.9 per cent in the same period, while chicken fell 3.1 per cent.

Meat and Livestock Australia group insights and strategy manager Scott Cameron said prices were expected to continue rising, particularly for premium cuts of beef, as restaurants and pubs reopened across Melbourne and Sydney.

He said more social gatherings over barbecues this summer would also increase demand.

Pork and beef farmer Tammi Jonas began scaling down production at her farm in Eganstown, near Daylesford in Victoria, about three years ago to reduce the operation’s environmental footprint.

Her farm now slaughters about 140 pigs and 12 cattle a year, down from 180 and 24 respectively. Ms Jonas said downsizing had helped the farm survive drought and climate change.

“It has improved it on every level,” she said.

Her business is based on a subscription model, called community supported agriculture, with customers paying a set price each month to receive whatever is in stock.

She said customers shared the “risks and rewards” with her business, receiving more abundant deliveries when production was high but less when yields were low.

The farm is also partly protected from stock feed price rises because it sources much of the pigs’ food from surrounding businesses, including spent brewers grain from the Holgate Brewhouse and whey from a cheesemaker.

However, she has had to raise beef prices in recent years to reflect increased costs of buying cattle. 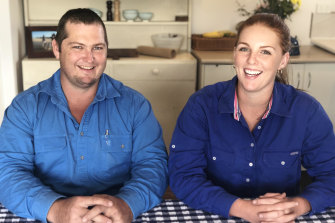 Bianca Tarrant, who runs online delivery business Our Cow, has already been inundated with Christmas orders and said her prices had increased by around 10 per cent over the past year.

The supplier, which is based in the Northern Rivers region of NSW and works with 50 farmers, shipped more than 35 tonnes of meat last month, with Sydney sales almost doubling and Melbourne sales tripling.

“Demand is high, but the livestock is just not there,” she said.

“I’d be thinking about getting in early. We have already taken hundreds of pre-orders for Christmas.”

Cattle Council chief executive Travis Tobin said beef prices had been driven up by a shortage of cattle for slaughter and growing global demand for beef.

“Producers need to keep their cattle for breeding, to rebuild their herds after prolonged drought across most of the country,” he said.

Angus Gidley-Baird, a senior analyst at Rabobank, said retailers, processors and feedlots were competing for a much smaller pool of cattle.

“We have the lowest cattle herd in 30 years,” he said.

He expects cattle prices to start coming down next year as increased supply comes onto the market.

Data from Rabobank shows that while chicken, lamb and pork prices have remained stable over the past year, beef prices increased 13.5 per cent.

Australian Beef Foundation executive officer David Byard wants consumers to know that farmers are only getting a small cut of what they pay for meat.

He said while the average price of beef stands at $23 per kilogram, farmers receive only about $7 per kilogram due to retailers taking a cut, and wastage.

A Woolworths spokeswoman said there had been reduced beef supply across the entire market over the past year.

“We understand affordable protein is important to Australian families and we continue to work hard to manage the whole-of-market pressures on protein with our supply partners,” she said.

A spokeswoman for Coles said the supermarket was working with its suppliers and farmers to ensure an ample supply of affordable, seasonal favourites ahead of Christmas.