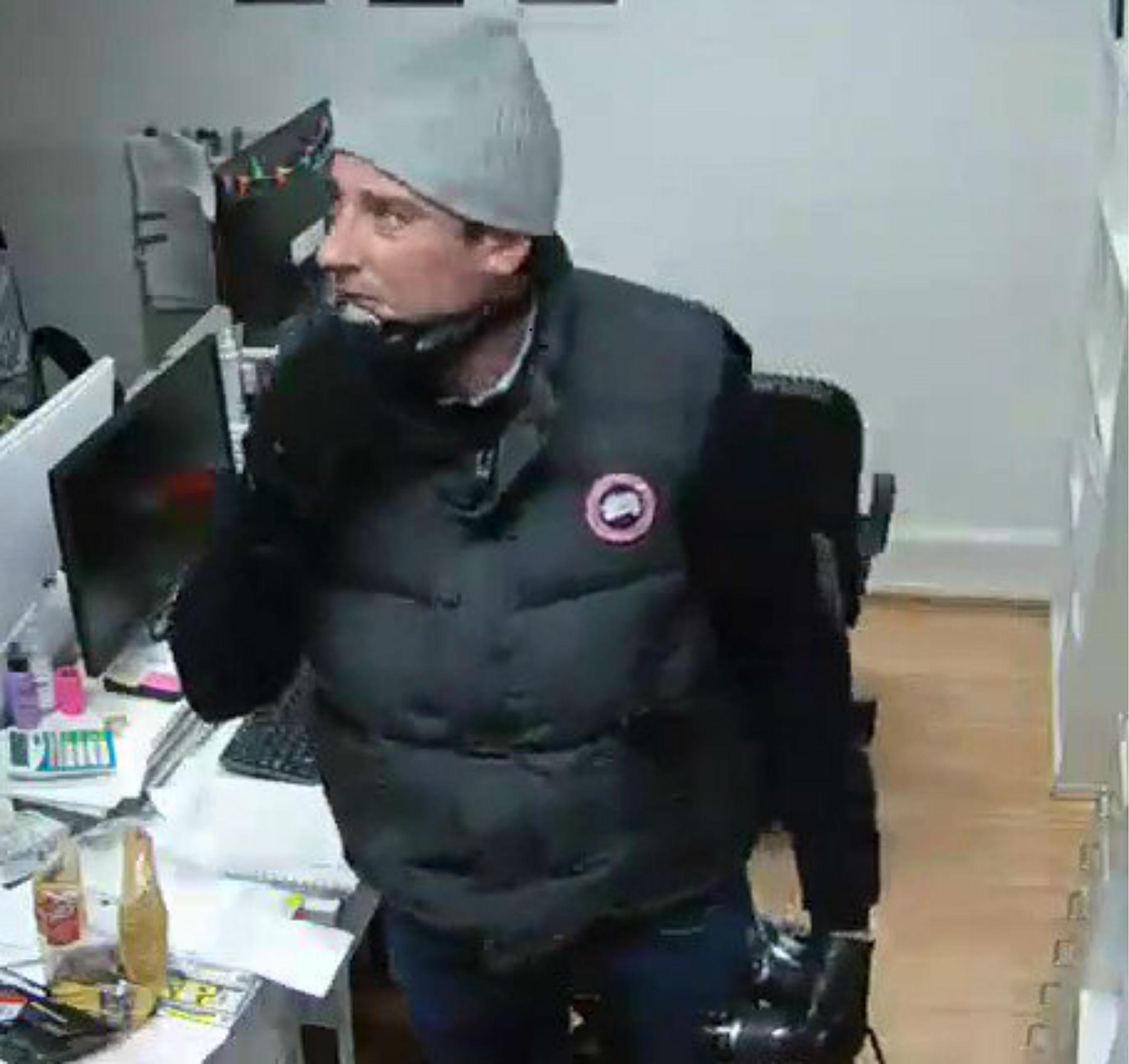 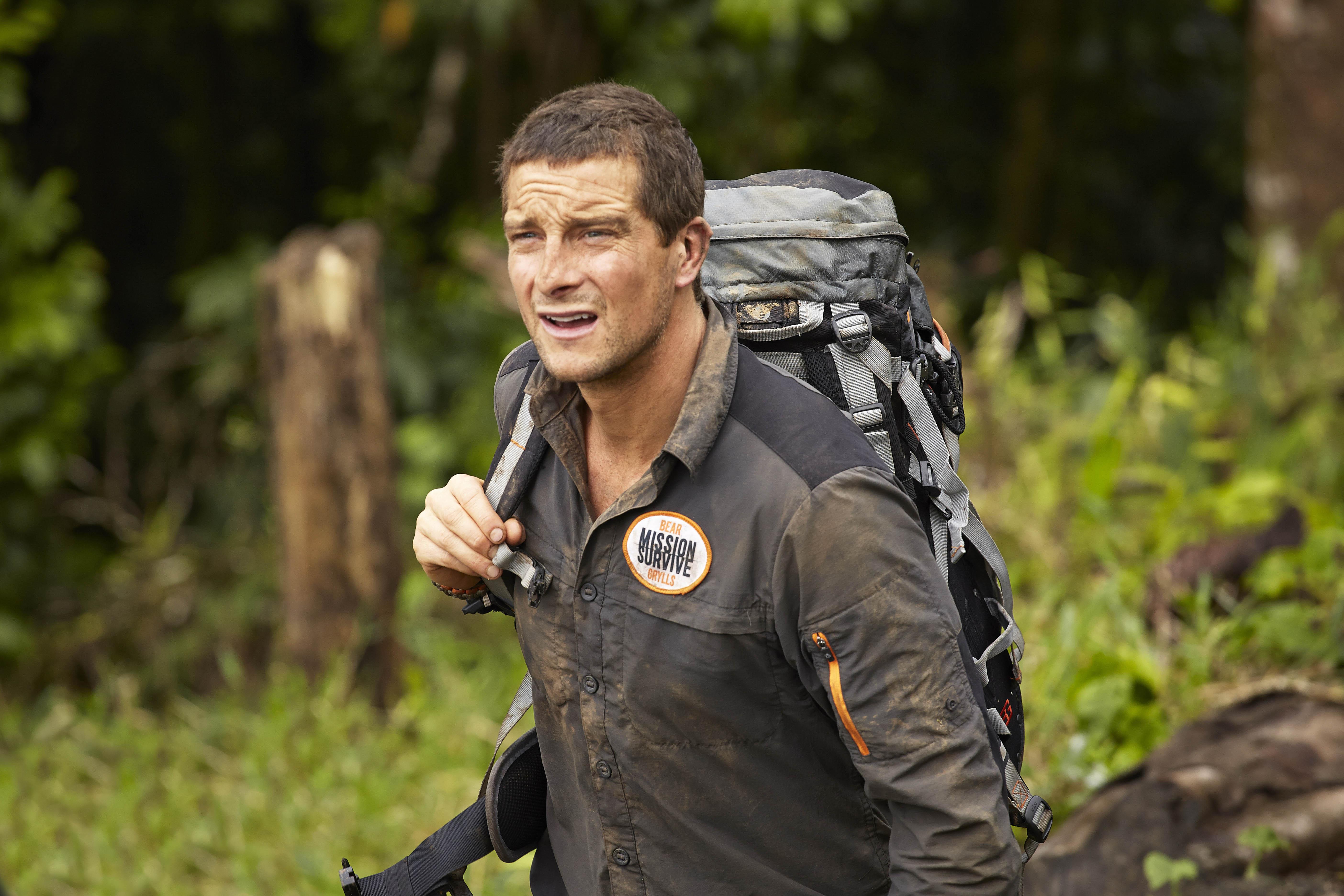 Equipment worth thousands of pounds was stolen by the SAS hero's lookalike and his pal — who has been compared to the Channel 4 puppet.

Their mugs were made public by raging finance manager Iain Blank who appealed for social media users to track down the robbers.

He posted images of the duo online with the caption: "These two b******s broke into our office Thursday night in London and stole all our camera equipment.

“We are a small business and rely on that equipment. 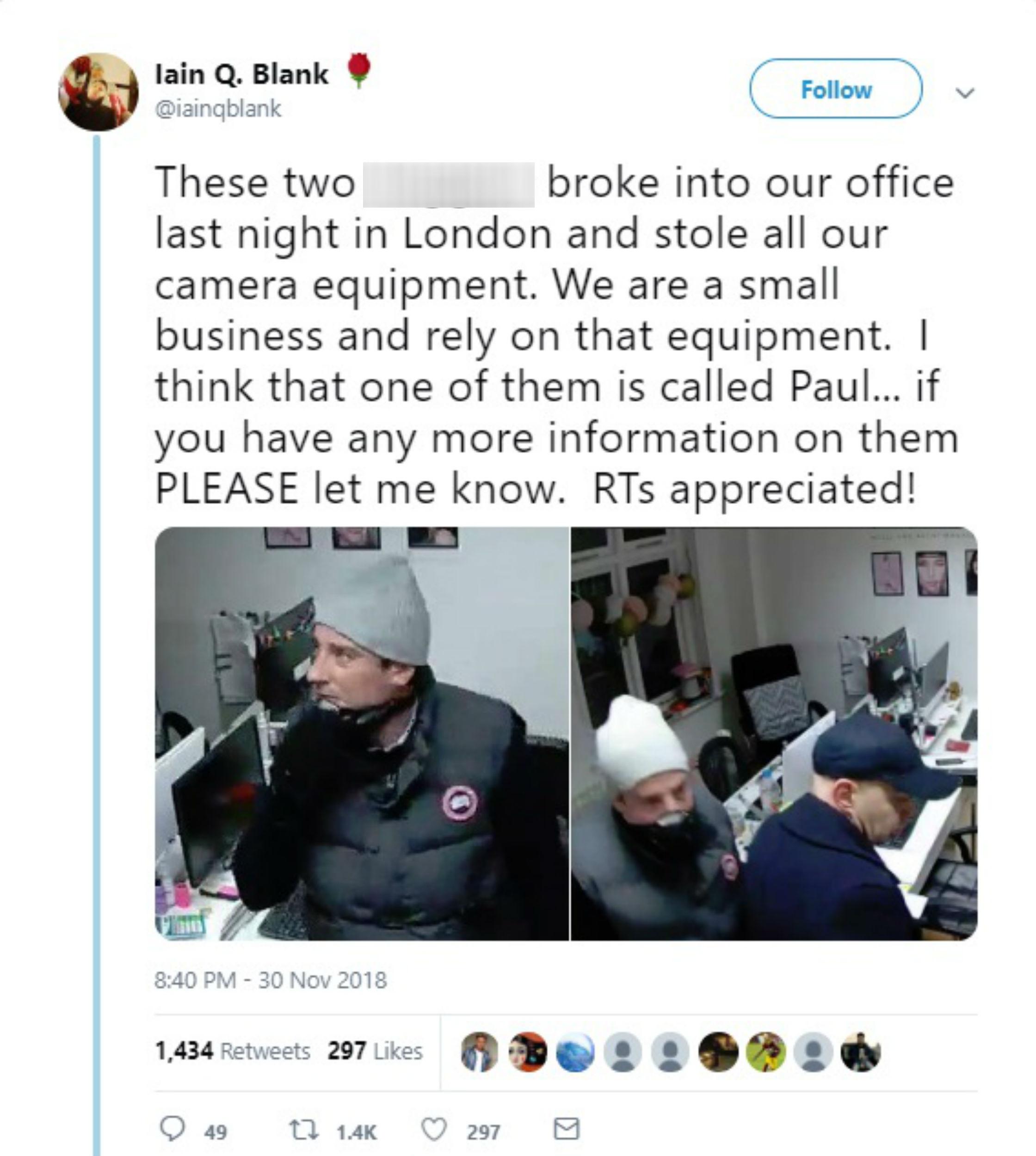 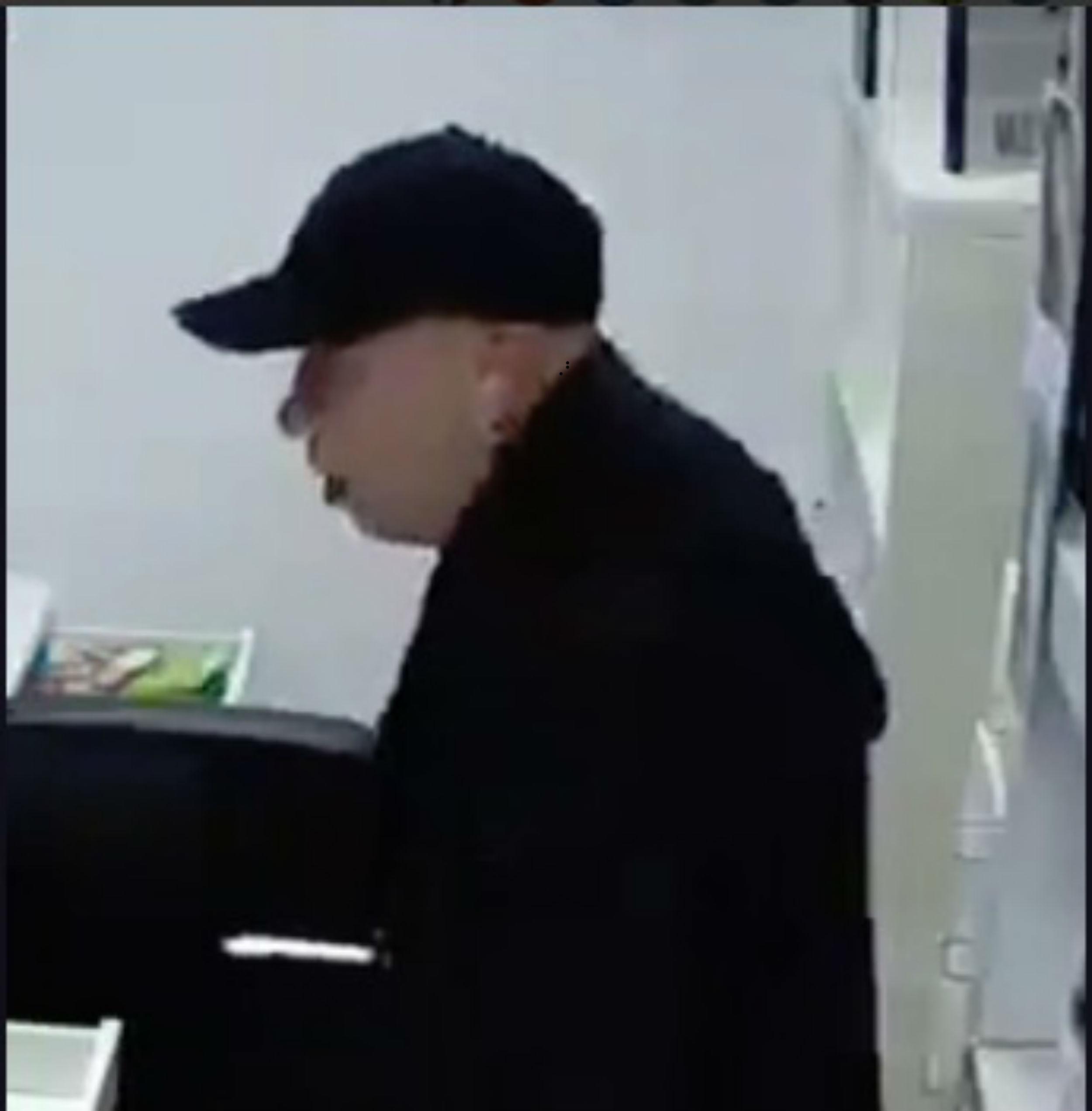 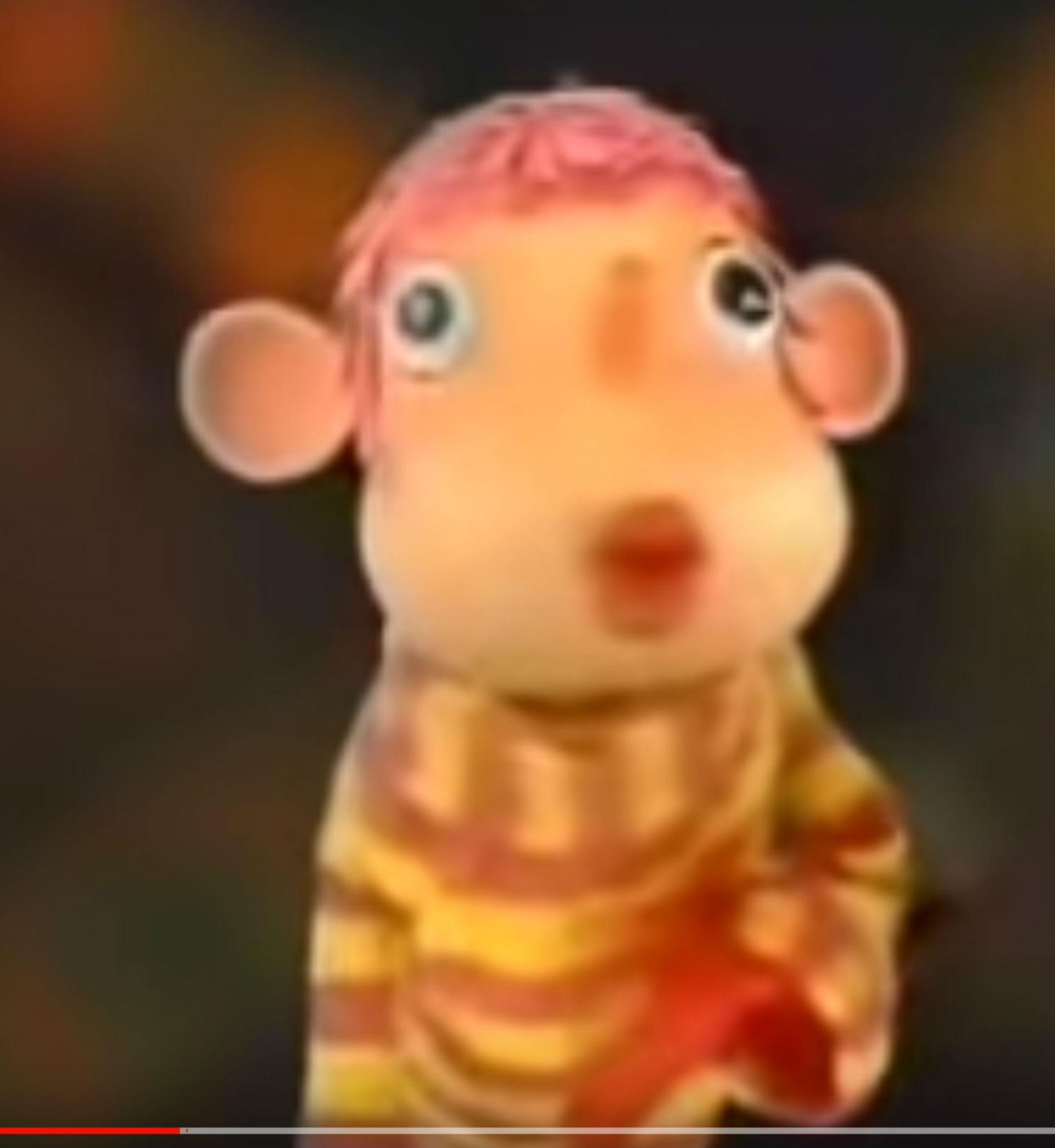 "If you have any more information on them please let me know. Retweets appreciated."

But Twitter sleuths were quick to point out the pair's uncanny resemblances.

@stewyrobz responded with a picture of the famous TV survival expert with the question: “Is that guy on the left Bear Grylls?"

Iain then decided to get in touch with the TV favourite himself.

He wrote: "Good question… @BearGrylls, can you account for your whereabouts on Thursday evening?” 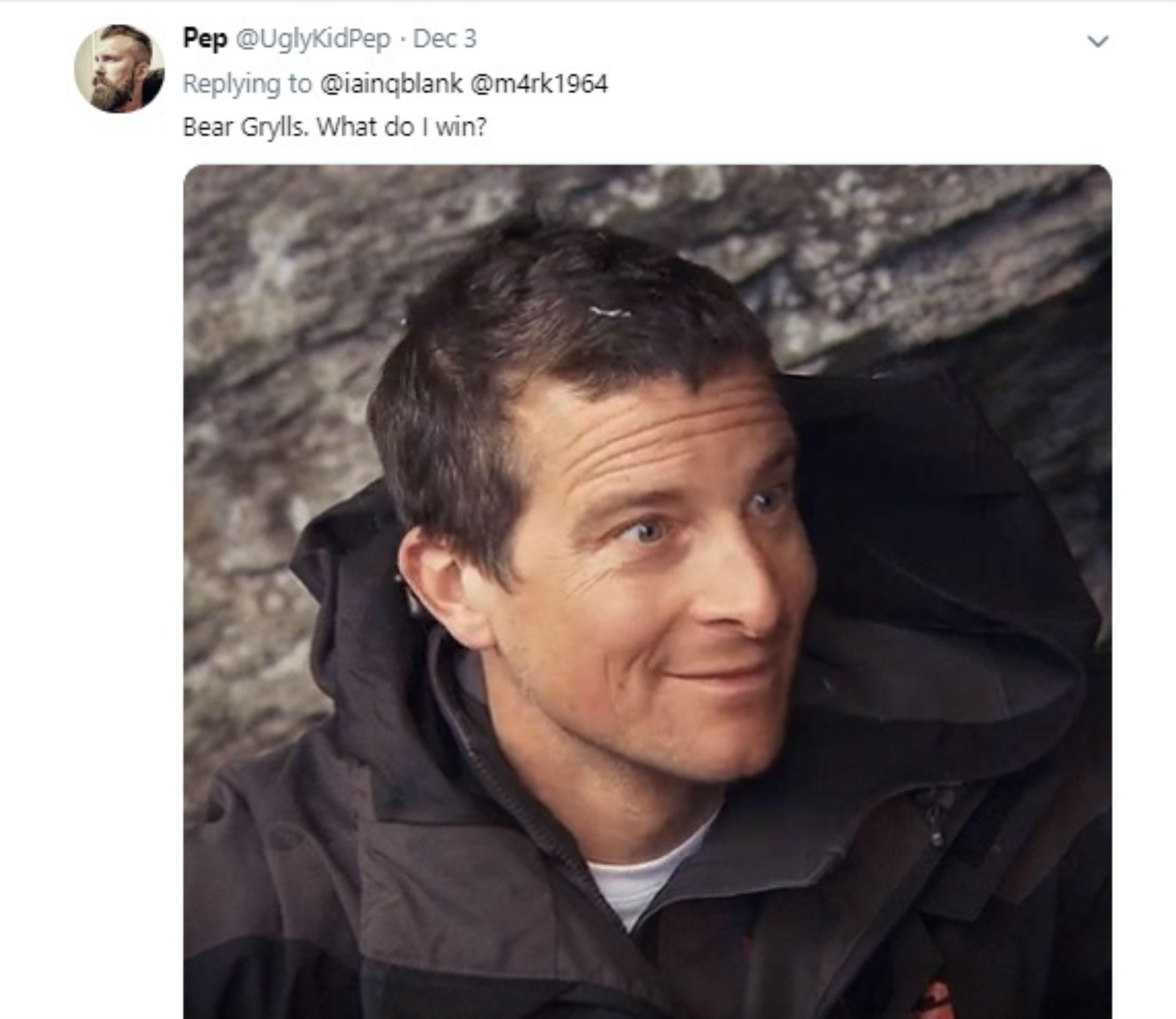 @danthompson78 joined in the hunt, writing: “His silence is speaking volumes, frankly.”

And Iain joked: “Having failed to provide an alibi he is still chief suspect in the case.”

Speaking today, Iain said: “I did tweet Bear Grylls asking for his whereabouts for the night but we are still waiting for his alibi, so he still a suspect in this case."

A spokeswoman for the Metropolitan Police confirmed they were investigating the break-in. 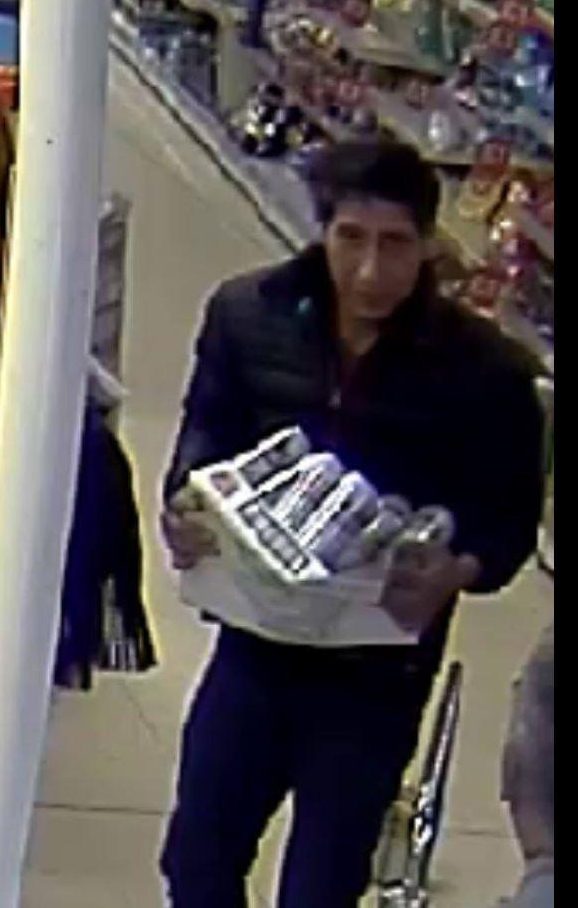 It comes after a worldwide manhunt was sparked when a Blackpool supermarket was robbed by the spitting image of Ross from Friends.

The David Schwimmer double was seen allegedly clutching a crate of beer beers as dashed from the shop.

And the actor even helped in the search by posting his own spoof remake of the daring raid.

He was thanked by Lancashire Police who announced last month they had made an arrest.