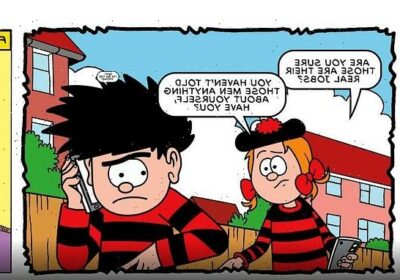 Dennis the mobile menace! Beloved Beano character gets his first device in bid to educate children on safe phone use

He has caused chaos and mayhem since he first graced Beano’s pages in 1951.

But now Dennis the Menace is teaching children about the internet’s dangers.

In a special edition of the comic, the schoolboy gets a mobile phone but is unaware of the dangers online.

Among his errors, he downloads inappropriate apps, makes prank calls and even uploads a video of his cousin Minnie the Minx without her consent. 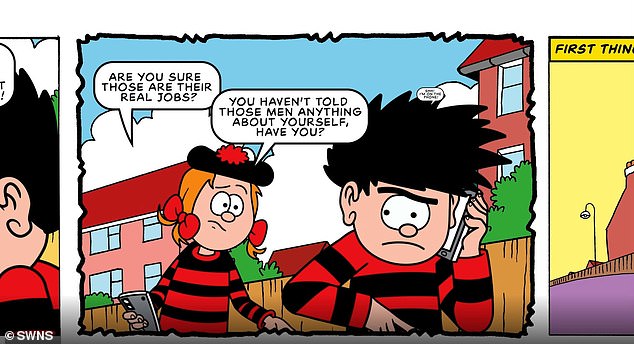 In a special edition of the comic, the schoolboy gets a mobile phone but is unaware of the dangers online

The edition, a collaboration between Beano and mobile phone network EE, aims to highlight how Dennis is unaware of the online dangers he could face as he plays on the new phone.

It was launched after a poll of 1,000 parents with children aged eight to 15 found that 60 per cent worried that their children did not know how to protect themselves online.

These fears included sharing their location or address with strangers, releasing personal details which could lead to fraud and being the victims of cyber-bullying.

More than half of parents, 52 per cent, who took the survey by One Poll said they didn’t think they would be able to survive the online world as a child of today.

Beano editor Michael Stirling has previously said that Dennis had become a ‘great role model’ and that the Beano storylines have changed to keep up with what children are interested in.

‘I’m sure he’ll change again over the years, If kids are going around on hoverboards in 10 years’ time, Dennis will definitely have one,’ he told The Guardian last year. 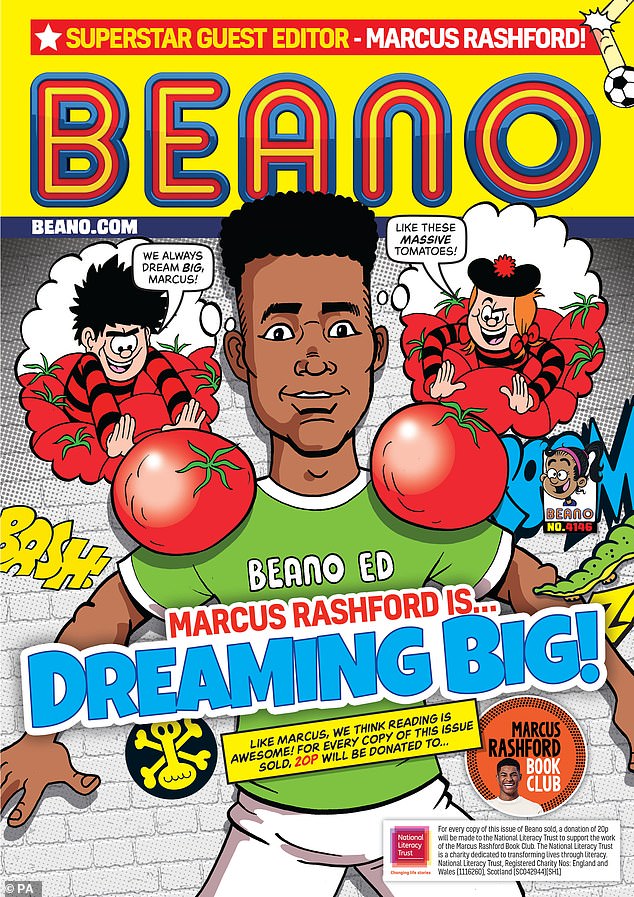 ‘He’s a great role model. That might sound counterintuitive because he’s naughty, but his mischief nowadays is a lot more driven by positive things, and just making sure kids are really listened to.’

In his editor’s letter the England footballer said that asking for help was ‘no weakness’ but a ‘superpower’.

‘My favourite thing about Beano is how the comic brings together all sorts of different children,’ he wrote.

‘Instead of our differences dividing us, we embrace them here, and we find strength in them. We should be celebrating all things that make each of us unique.’

Every copy of the special edition magazine will see 20p donated to the Marchus Rashford Book Club which, in partnership with Macmillan Children’s Books, helps young people access books.