The BBC has been accused of peddling ‘damaging’ transgender ideology to primary school pupils through its education website.

BBC Bitesize last week tweeted a cartoon of three teenagers in a changing room beneath the caption: ‘For #InternationalPronounsDay, what are pronouns and how can you be an ally to friends who’ve changed theirs?’

International Pronouns Day is a transgender festival that ‘seeks to make respecting, sharing, and educating about personal pronouns commonplace’, according to its website. 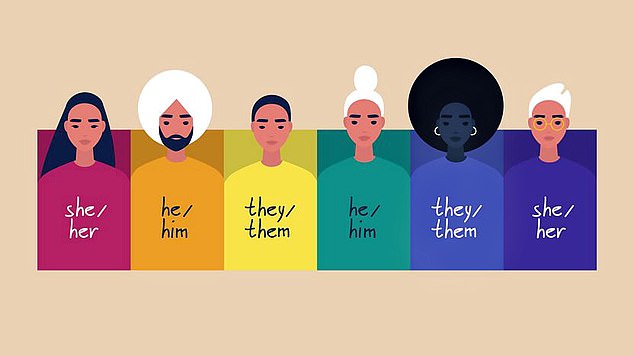 The pronouns ‘she/her’ were written beneath one of the cartoon figures, ‘he/him’ beneath a second and ‘they/them’ a third.

The tweet included a link to a longer BBC Bitesize article that had been compiled with the help of LGBTQ+ charity Stonewall.

It included a sentence explaining pronouns, while the remainder described how they ‘relate to non-binary people’.

‘Not everyone uses ‘he’ or ‘she’ pronouns to express their identity,’ it said. ‘Some use ‘neo-pronouns’ such as ne, ve, ze.’

The article said that if a classmate identified as ‘non-binary’, then referring to them using their preferred pronouns could make them ‘feel safe and respected’.

It was met with a flood of comments, many of them critical of the BBC which deleted the tweet but later reinstated it with comments disabled.

The Safe Schools Alliance pressure group has made a formal complaint.

Spokesman Tanya Carter said: ‘The BBC is promoting a damaging ideology to children. In so doing, they are breaching their own guidelines on editorial impartiality and the 1996 Education Act, which stipulates that an education provider cannot promote a political ideology to children – they can’t just push one side of an argument.’

Tory peer Baroness Nicholson, a former director of Save The Children, said: ‘I think the BBC is way out of line here and is putting itself in very dangerous territory.’

But others were supportive. One Twitter user called Lilla wrote: ‘I knew I was trans the first time I ever heard what it was: it just summed all of my confusing emotional struggles up so perfectly.

‘That was around age 15. It’s so great that kids nowadays are learning about it even earlier.’

Last night, a BBC spokesman said: ‘We stand by the article and subject matter but recognise the image used to illustrate it was misjudged.’ 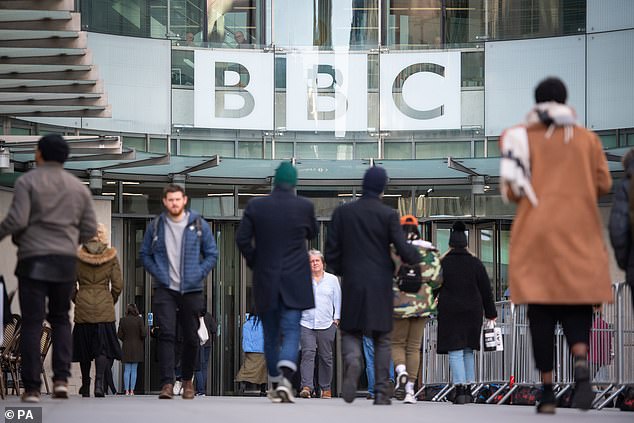 Tory peer Baroness Nicholson, a former director of Save The Children, said: ‘I think the BBC is way out of line here and is putting itself in very dangerous territory.’ But others were supportive. Staff are pictured outside Broadcasting House, London in January