Barnaby Joyce fined for not wearing a mask indoors 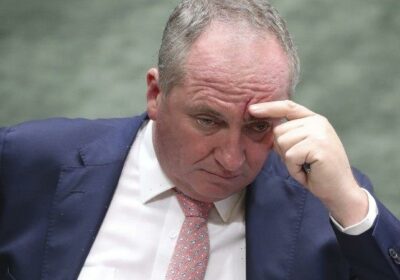 Deputy Prime Minister Barnaby Joyce has copped a $200 fine for not wearing a mask indoors after being dobbed in by a member of the public in his electorate.

A NSW Police spokesman confirmed a penalty notice was issued to a 54-year-old man found to be breaching the public health order in the state’s north-west on Monday. 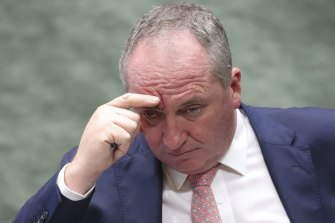 Officers attended a service station at Armidale after receiving a Crime Stoppers report from a member of the public about 8am, and found newly re-elected Nationals party leader was not wearing a face mask while in the store. Police spoke with him before issuing a $200 fine.

Speaking to Sky News on Monday night, Mr Joyce said he had been rushing to refuel the car for his partner Vikki Campion. “I’ll give you a funny story,” Mr Joyce said. “I went into the Caltex service station. I was going to the airport, I forgot to get fuel for Vikki, filled the car up with fuel, went in, 30 seconds later, $200 it cost me because I didn’t wear one of these,” he said, brandishing a disposable mask on camera. “But that’s life.”

Referencing the incident during the daily press conference with NSW Premier Gladys Berejiklian on Tuesday, Deputy NSW Police Commissioner Gary Worboys said “that person was apologetic and cooperative with police and an infringement notice was issued.”

Stay across the most crucial developments related to the pandemic with the Coronavirus Update. Sign up to receive the weekly newsletter.