Baker Mayfield has channeled the spirit of those Rodney Dangerfield one-liners about getting no respect.

Appearing on the "Ya Never Know: You Know What I Mean?" podcast, Mayfield said he doesn't appreciate the way the Browns handled his situation this offseason.

The franchise traded for quarterback Deshaun Watson on March 18 and is expected to move on from Mayfield this offseason.

The Watson deal was made despite general manager Andrew Berry publicly saying twice this offseason he "fully" expected Mayfield to be the starting quarterback of the Browns next season.

"I feel disrespected 100% because I was told one thing and they completely did another," Mayfield said during an hour-and-a-half episode of the podcast that was released Wednesday. "That’s what I’m in the middle of right now. And you know what? OK. I got my taste of it because I’ve had four different head coaches in four years, a bunch of different coordinators. I’ve had the highs and they always come back." 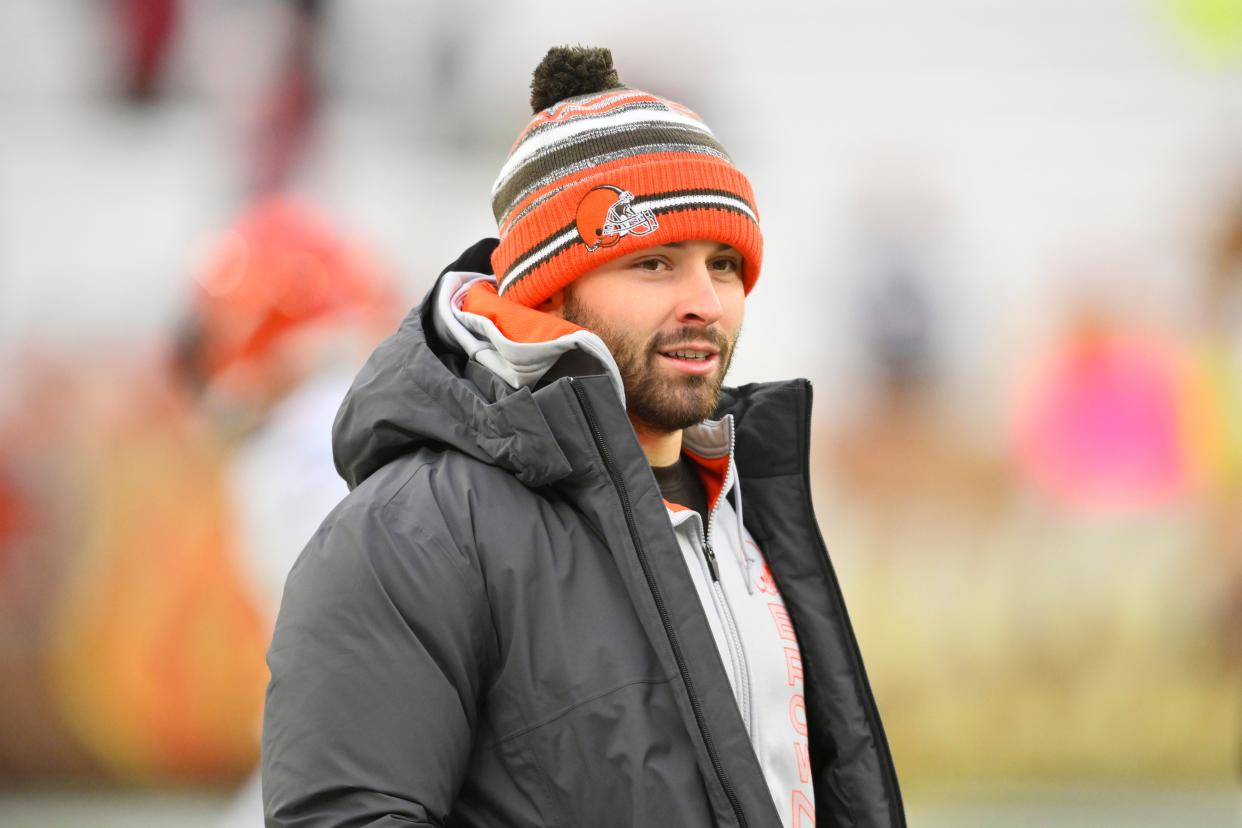 The No. 1 overall pick in the 2018 NFL draft, Mayfield started for the Browns for the past four seasons and helped them make the playoffs in 2020 before struggling mightily last year in an injury-riddled season.

“I really, truly honesty have no regrets of my time in Cleveland of what I tried to give that place," Mayfield said. "True Clevelanders and true Browns fans know that, and that’s why I can walk away from the whole situation feeling like I did it.”