A frustrated bailiff is forced to accept a £423 debt in coins in a video released on social media.

The video, posted by Facebook group Birmz is Grime, begins by showing the debt collector being handed a large sack of coins.

The bailiff seems perplexed at first and soon asks if he can count the change in the video taker’s home.

The man taking the video, whose name is Leigh, tells the bailiff that he is not allowed inside.

It is not certain whereabouts in the UK the video was taken.

‘I don’t understand the awkwardness of it,’ the bailiff tells Leigh.

Leigh replies: ‘You were being awkward the first time you tried to take my car and you know you couldn’t.’

The video then shows the bailiff calling his supervisor to ask him if he even has to accept the coins. 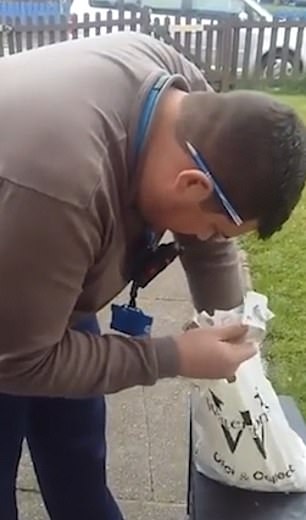 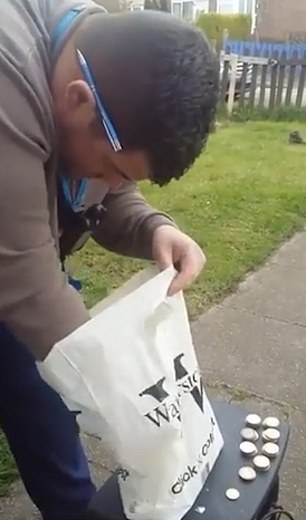 After getting off the phone, the collector tells Leigh to go to the bank to change  the coins into notes.

‘Go to the bank and change it and after that I’ll accept it,’ he said.

‘Just do what I said.

‘Coinage Act 1972 restricts me to anything more than 5 pounds in change.’

However, Leigh insists that he can pay with coins and the bailiff eventually gives up the argument and begins to count the change on the front lawn. 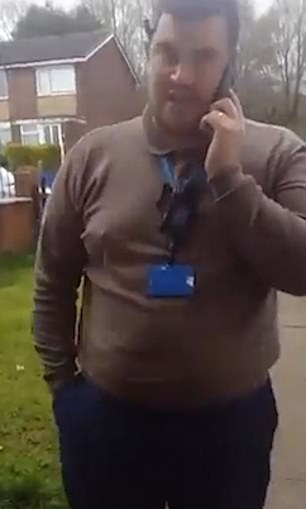 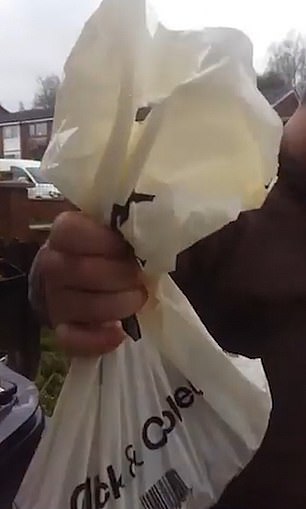 One user said: ‘Pay your bills and you won’t have any hassle. Never any context to these videos, what was the original bill for?’ 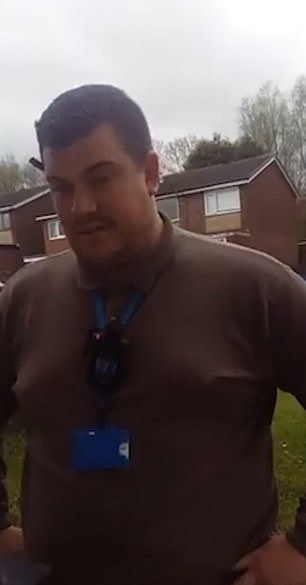 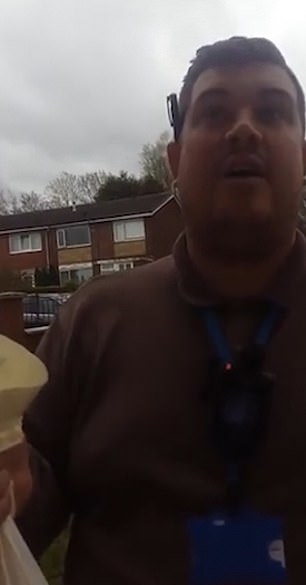 Another added: ‘Every t***er on here criticising the guy doing his job…. how about the guy with the camera pays his debt before it comes to this?’

One commented: ‘What a load of b*****ks that bailif (sic) is talking carnt (sic) take more than 5 quid I would if (sic) told him you have been given the money you refused to take it the money is there if you don’t want (sic) it f**k off.’