BA grounds ALL flights to and from Gatwick due to coronavirus British Airways today axed all its flights to and from Gatwick Airport as coronavirus continues to strangle the aviation industry.

The airline, which jets to Europe, America and the Caribbean from the West Sussex airport, has already mothballed jets at Bournemouth, Glasgow and Cardiff – but is still running from London Heathrow with a severely reduced schedule. 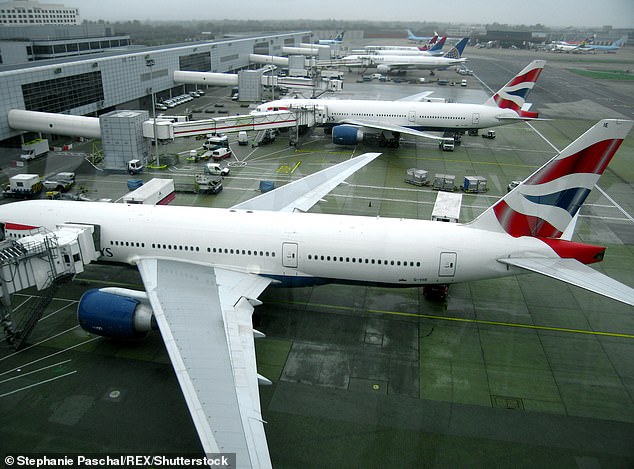 Earlier this month the owners of British Airways, IAG, announced three-quarters of flights will be cut over the next two months also said it was ‘taking actions to reduce operating expenses and improve cash flow’.

The group, which also owns Iberia and Vueling, employs 66,000 staff.

Its chief executive Willie Walsh has stressed that he had not requested a government bail-out and insisted IAG was ‘resilient with a strong balance sheet’.

Airlines are in the process of temporarily laying off tens of thousands of staff without pay.

Amid warnings of an industry collapse within weeks, BA-owner IAG, EasyJet, Ryanair and Norwegian all revealed drastic plans to slash costs and ground flights.

Virgin Atlantic said staff had agreed to take eight weeks of unpaid leave over the next three months, with the salary docked from workers’ pay over six months so their income does not dry up.

All 10,000 employees of the company, founded and controlled by Richard Branson, will also be offered voluntary redundancy.

In a sign of the scale of the coronavirus crisis, the airlines have been backed by the union Unite and pilots association Balpa.

The most extreme measures were taken by Norwegian, which is the third largest airline at Gatwick. It is temporarily laying off around 7,300 staff – 90 per cent of its workforce.

The airline which is saddled with debt, has lost more than 80 per cent of its market value since the start of the year. 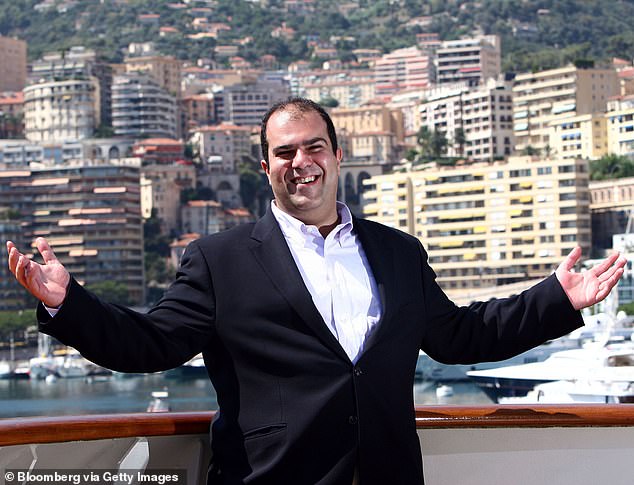 The billionaire founder of easyJet Sir Stelios Haji-Ioannou (pictured in Monaco where he lives) was awarded a £60million dividend from the ailing business  ten says ago. It grounded all its planes today and furloughed staff

EasyJet’s founder Sir Stelios Haji-Ioannou yesterday justified the decision to pay a £174million dividend to shareholders including around £60million to his family just ten days before it grounded all its 330 planes.

The Luton-based airline employs 9,000 staff and is the first in the UK to stop all flights and mothball all jets since the coronavirus pandemic took hold in Britain.

Sir Stelios said the now-controversial dividends were agreed in February when ‘the world looked like a much happier place’ and the cash was ‘automatically’ paid to shareholders on March 20 and were ‘impossible to stop’.

The grounding of easyJet’s gigantic fleet came just days after calling for a state loan to help them survive.

Justifying the £170million payout Sir Stelios, who with his siblings are the largest single shareholders in the carrier with a 34 per cent stake, insisted that the dividends were ‘legal’ and ‘rightful’. 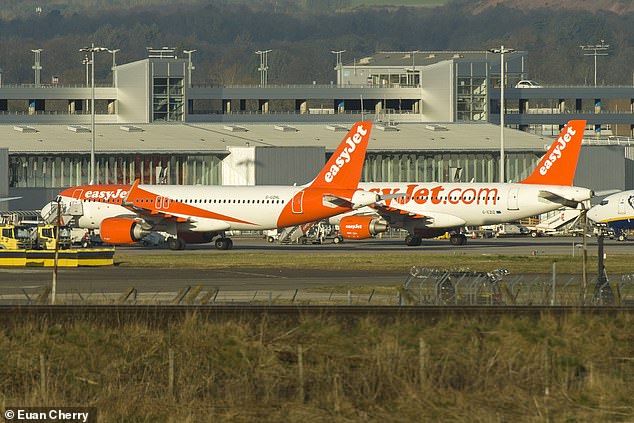 EasyJet planes are seen grounded at Edinburgh Airport this morning as all its 1,000-plus routes closed for at least two months

In a lengthy statement he said the payments could not have been stopped.

He said: ‘The dividends by the 20th of March we already paid automatically via a complex web of bank accounts where the shares are held and it is impossible to stop it for some shareholders but not for others’.

Sir Stelios is threatening to seek the removal of board members unless the airline withdraws from a contract with Airbus to provide 107 aircraft which he said will cost £4.5 billion.

In his statement today he said journalists who asked whether he would hand his dividend back were ‘naïve/malicious’, adding: ‘I am perplexed as to how that would work?’, adding: ‘To be used how? To pay that money straight over to Airbus? And what is the consideration for such a gift? Or is it meant as a selfless charitable donation? Charity towards which deserving cause exactly? easyJet is not a registered charity to receive donations and neither is Airbus. That’s not how publically listed companies work’.

EasyJet today grounded its entire fleet of 330-plus planes as coronavirus continued to wound Britain’s airlines.

The company has worked with union Unite to agree two-month furlough arrangements for cabin crew which means that crew will be paid 80 per cent of their average pay up to £2,500-a-month through the Government job retention scheme.

Virgin Atlantic will ask the British government for a package of commercial loans and guarantees worth hundreds of millions of pounds, the Financial Times reported.

Other carriers including airlines such as Loganair and Eastern Airways, and Norwegian Air Shuttle are also considering to ask for state aid, the newspaper added.

But British ministers want bigger airlines with wealthy shareholders will weather the storm without the need for billions in taxpayer cash.

The Luton-based carrier said the measure ‘removes significant cost’ as the aviation industry struggles to cope with a collapse in demand caused by the outbreak of the virus.

It insisted it ‘maintains a strong balance sheet’ and revealed it is in ‘ongoing discussions with liquidity providers’.