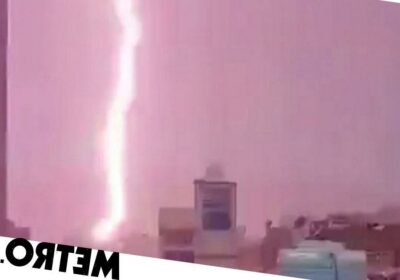 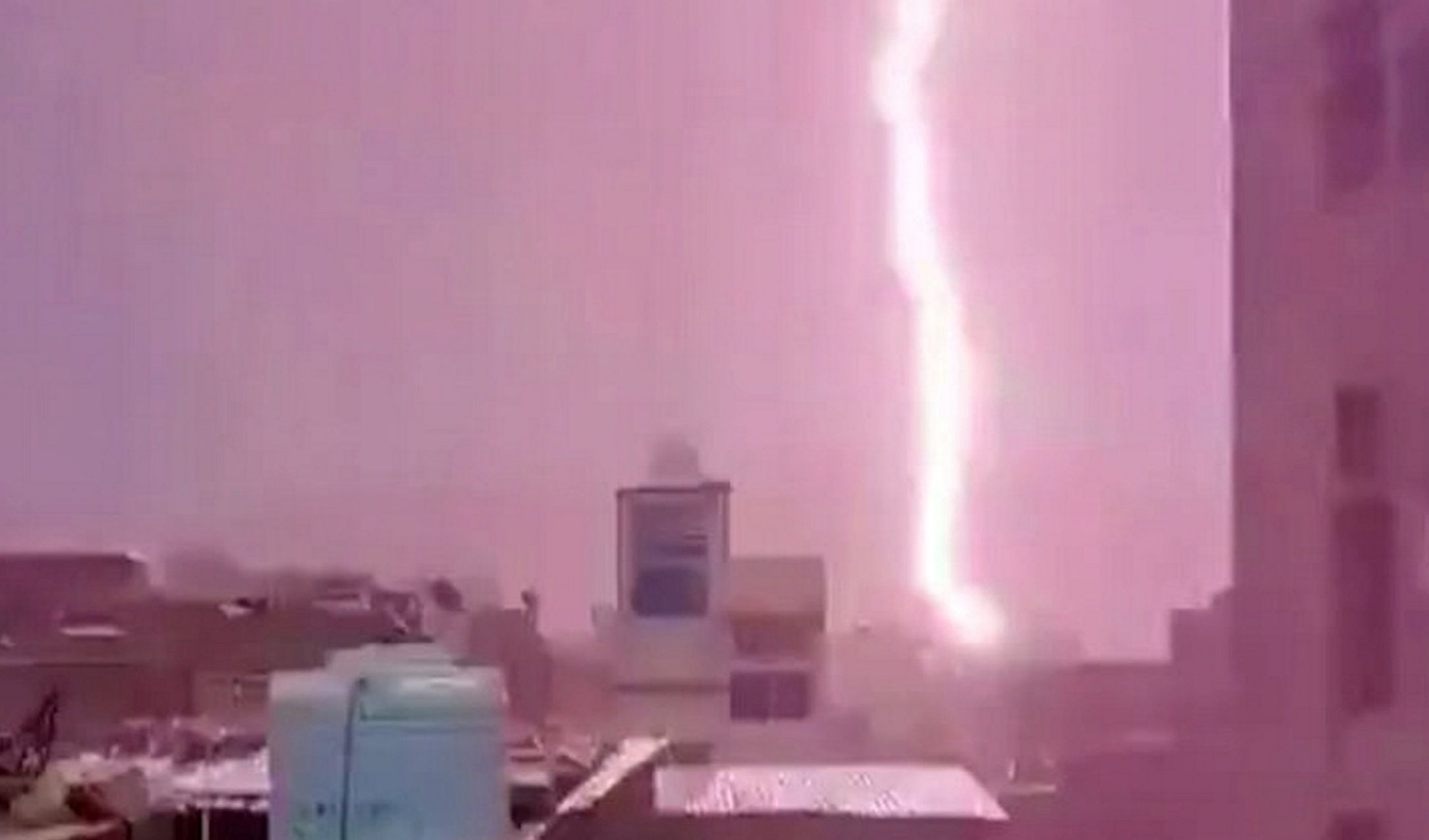 A lightning strike killed at least 11 people as they were taking selfies in a storm.

The victims were on top of a watch tower in northern India when the flash of lightning hit.

Some people reportedly jumped to the ground in fright at the 12th Century Amer Fort in Jaipur.

Shocking footage taken from a nearby building shows the huge bolt as it struck the tourist attraction, where crowds of people had gathered to take pictures.

Senior police officer Anand Srivastava said most of the people who died at the tower were young.

More than 60 people have died in lightning storms across the northern states of India over the weekend.

Mr Srivastava said at least nine more people were killed and nearly 20 others were injured in separate lightning strikes when the state of Rajasthan was lashed with thunderstorms and monsoon rains. 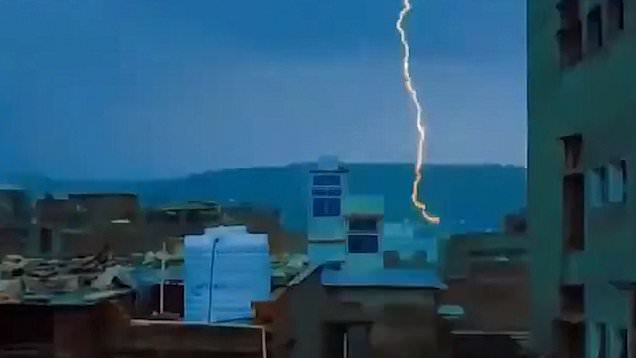 In Uttar Pradesh, 18 people were killed by lightning on Sunday, a government official said.

Most of those killed were farm labourers working in fields.

Both state governments announced financial compensation for the families of the victims and those who were injured.

The Indian Meteorological Department has warned of more lightning in the next two days.

Lightning strikes are common during India’s monsoon season, which runs from June to September.

More than 2,900 people were killed by lightning in India in 2019, according to the most recent official figures available.