The 82-year-old, who became the oldest ever person to fly in space, was one of just four passengers onboard the $5.5 billion rocket that launched for the first time on Tuesday. 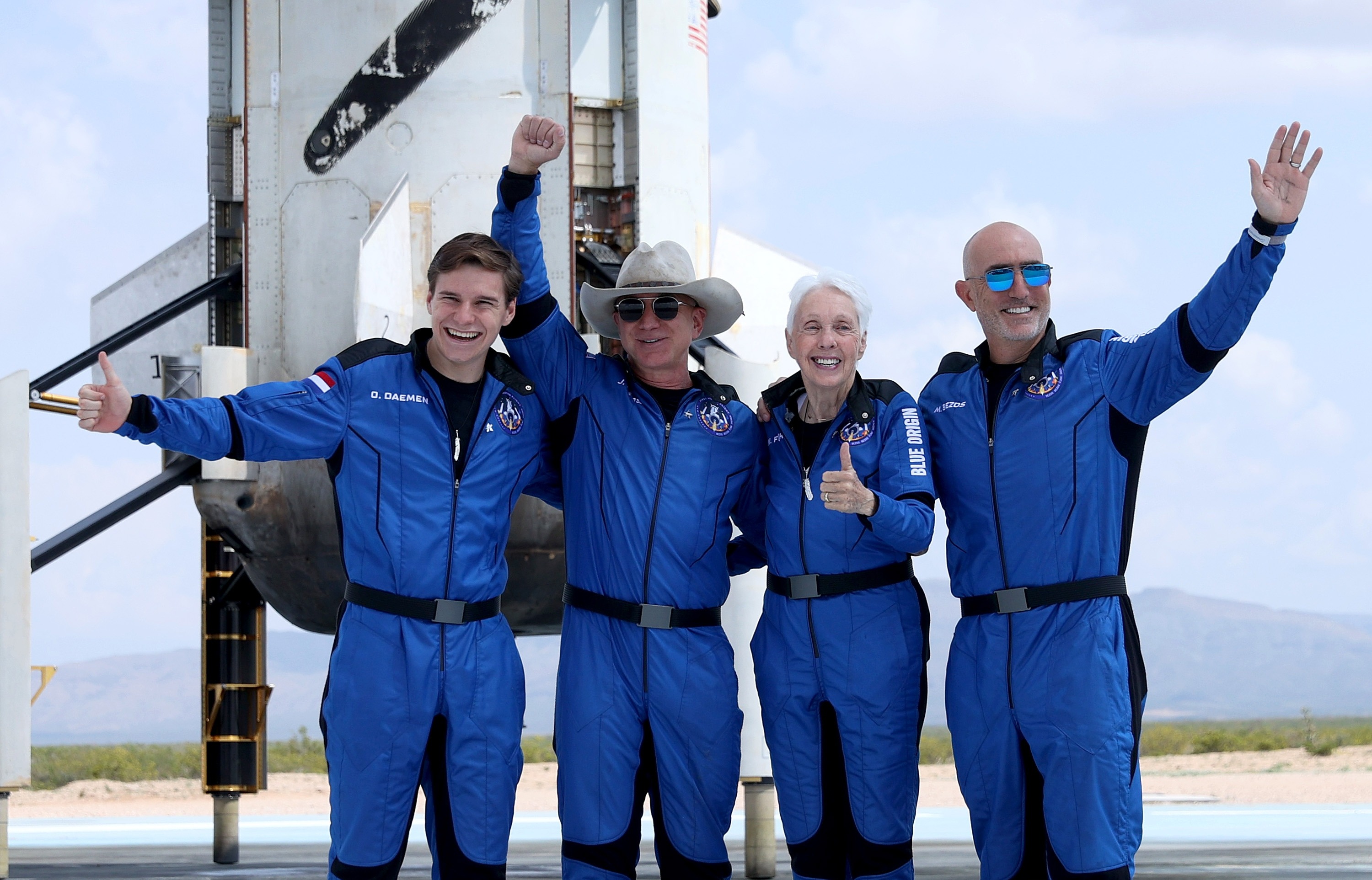 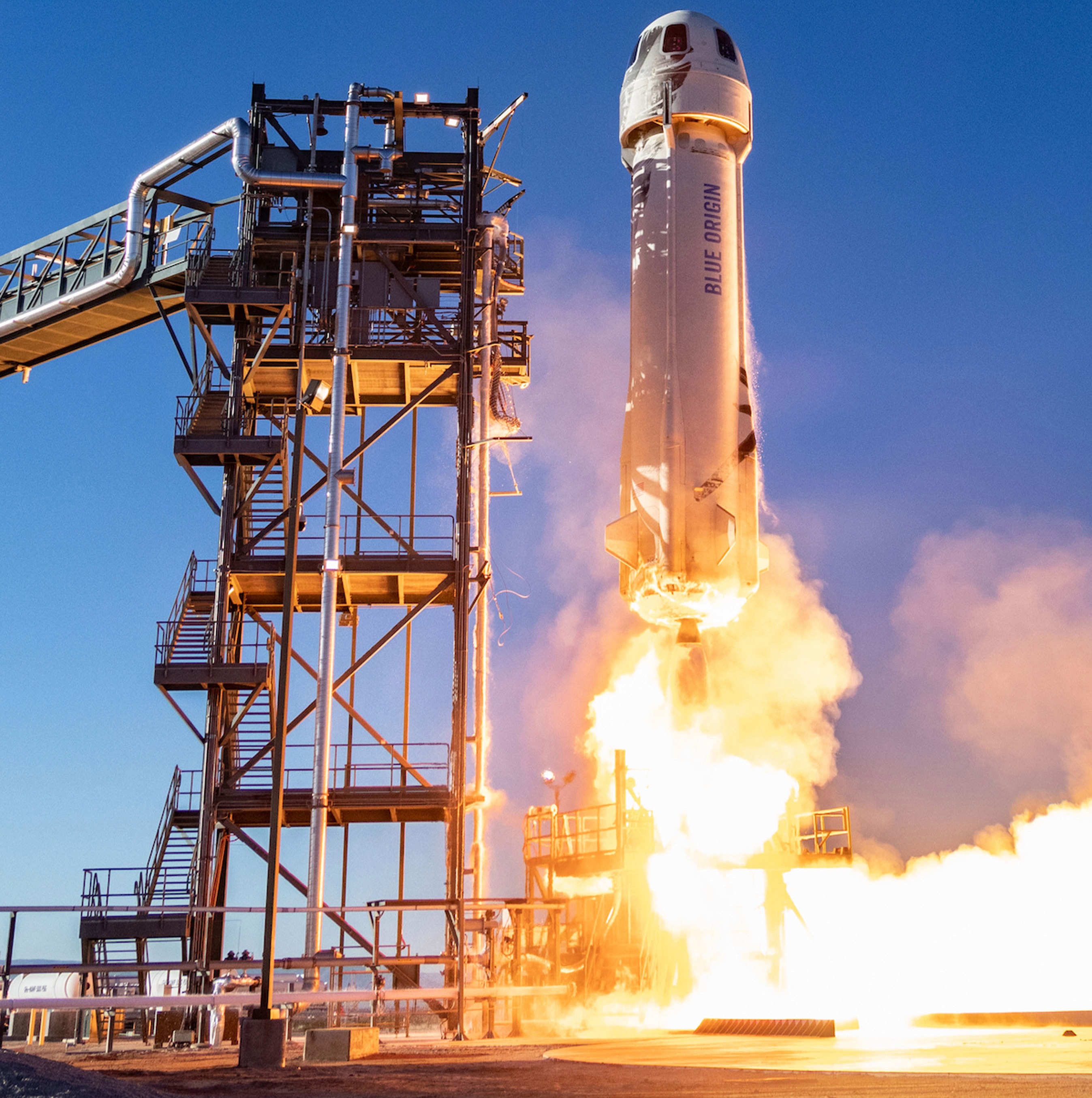 Wally travelled on the flight alongside Jeff Bezos, 57, his younger brother Mark, 53, and teenager Oliver Daemen in what the Amazon CEO described as the “best day ever.”

However, in a post flight interview with Fox, his space companion Wally – has spent six decades trying to reach space – spoke of her immense disappointment after she claimed that she failed to see the Earth onboard the Blue Origin Capsule.

She said: "We went right on up and I saw darkness.

“I thought I was going to see the world, but we weren’t quite high enough."

In the footage shared by Blue Origin, the four passengers onboard appeared to be able to see the edge of the Earth’s atmosphere and a bit of curve in the horizon as well as the blackness of space.

The rocket was launched at 9.11am EST, as the capsule detached from the rocket once it hit an altitude of 47 miles and passed the 62-mile boundary.

According to the outlet, Bezos and the passengers “unbuckled and floated around the capsule, cheering in the capsule as they experienced about four minutes of free fall.”

“You have a very happy crew up here, I want you to know,” Mr. Bezos said as the capsule descended.

The rocket made it back at 9.21am, bit only has a total flight time of just 10 minutes and 10 seconds.

And Funk, who was one denied an earlier chance to fly in space, admitted that she would have loved to have spent longer in zero gravity on the flight to "do a lot more rolls and twists and so forth."

"I loved every minute of it," she said. "I just wish it had been longer." 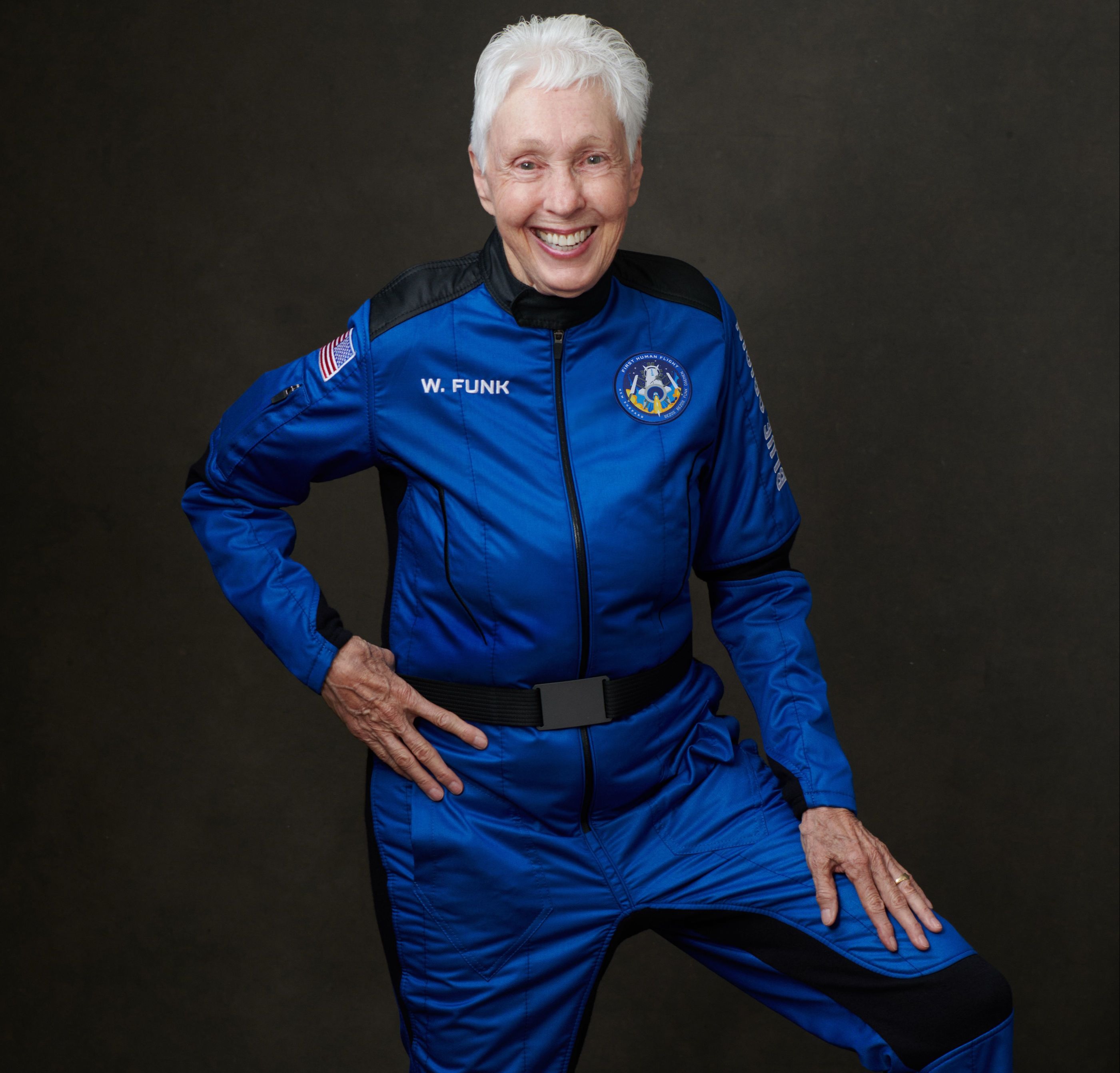 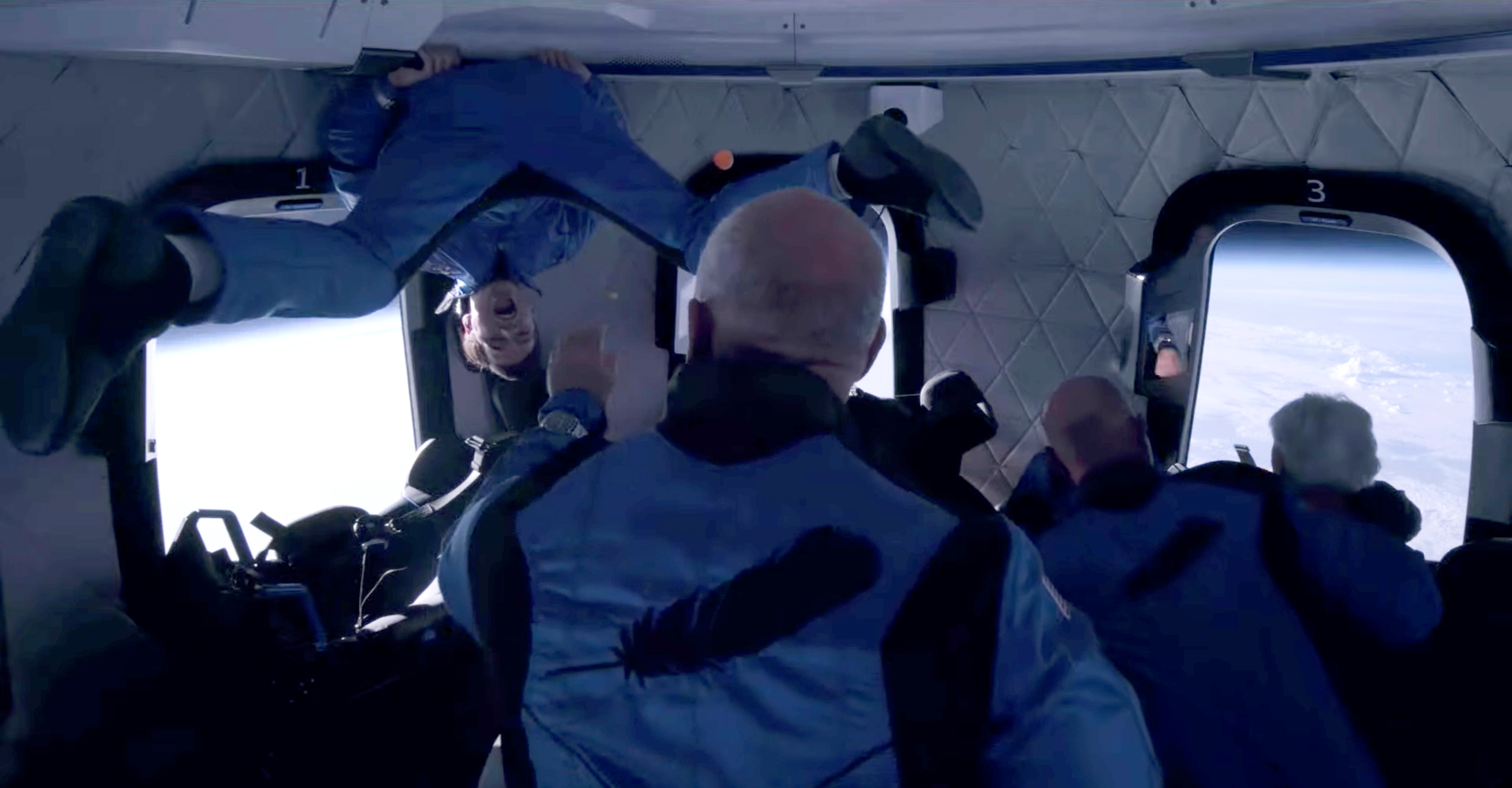 Her comments came as Bezos faced a number of criticisms about the use of money on the Blue Origin flight casule – which some this week claimed “looked like a penis.”

The flight cost a total of $5.5 billion and the Amazon CEO has been forced to defend the programme as he said such critics are “largely right”, but denied that space travel and improvements at home are in conflict.

Responding in the post flight press conference he then announced he would give $200 million to CNN’s Van Jones and Jose Andres to donate to charities of their choice.

The historic space venture has also come as Bezos' Blue Origin and rival firm Virgin Galactic have been recently locked in what appeared to be a race to be the first to send their CEOs into space.

Blue Origin announced its plan to send Bezos on his first flight aboard New Shepard on May 5.

Within days, Virgin Galactic revealed that it would send founder Sir Richard Branson up on his first space trip on July 11.

Sir Richard successfully flew to 50 miles above the Earth’s surface on board the company’s VSS Unity spaceplanelast week– nine days before Bezos. 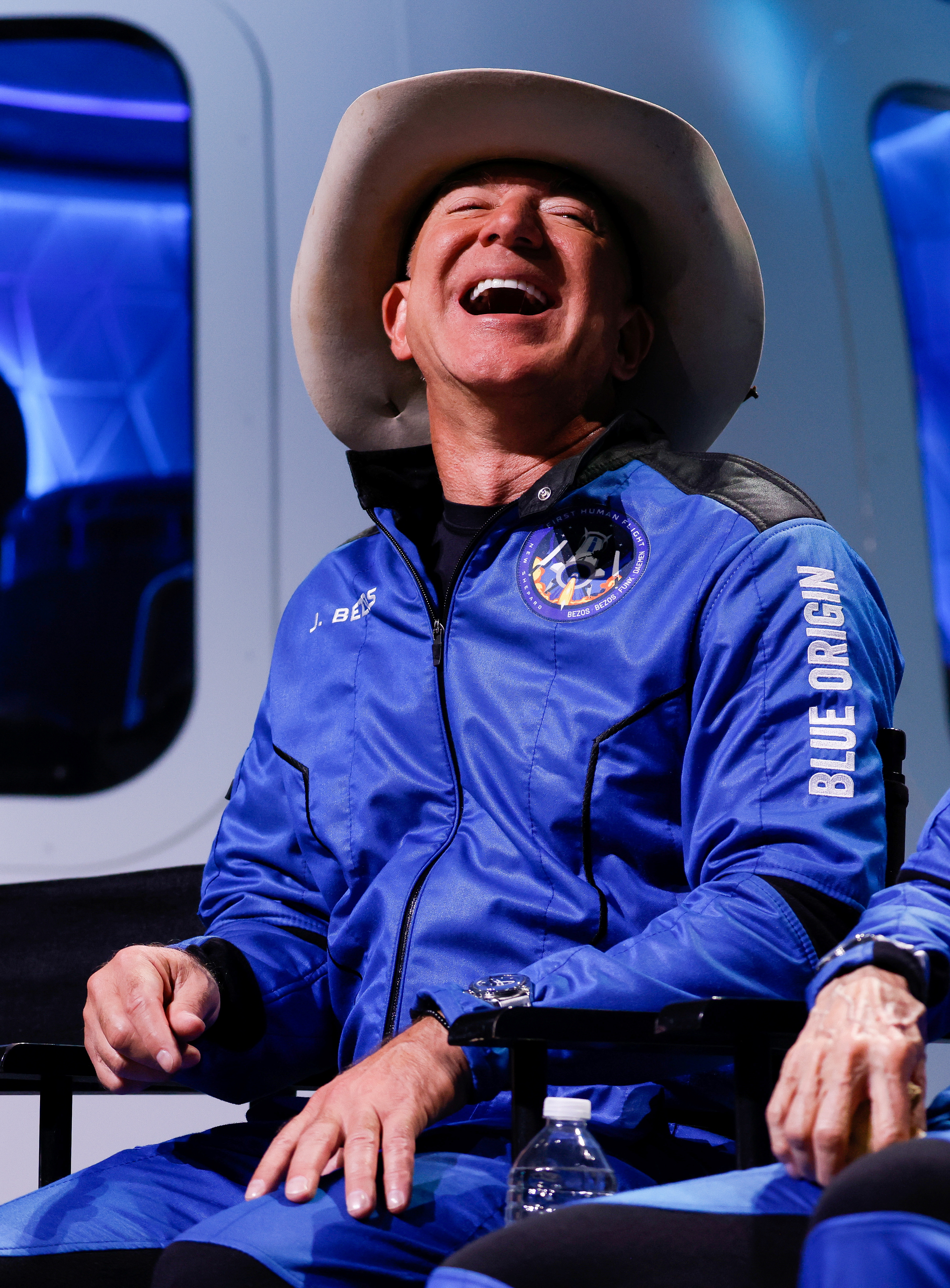 Speaking to The Sun following his successful spaceflight, Sir Richard said his response to Blue Origin’s remarks was to “simply ignore them”.

“I have my astronaut wings,” Sir Richard said. “Nasa, who are the global authority on this, have always recognised 50 miles as the boundary of space. These are the rules we work under.

“Blue Origin’s initial spaceship may do a handful or two handfuls of seconds more in space than us, but our future spaceship will do the same.”

He added: “It really makes no difference to the overall experience that people have.

“I think if anybody looks at the pictures taken during the mission, they will see that we were firmly in space.”

Asked on Monday about the race with Branson, Bezos said: “There’s one person who was the first person in space, his name was [Russian cosmonaut] Yuri Gagarin, and that happened a long time ago.

“I think I’m number 570 or something, that’s where we are on this list, so this isn’t a competition, this is about building a road to space so that future generations can do incredible things there.”