Home » As China freezes out Australia, the superpower befriends Indonesia

As China freezes out Australia, the superpower befriends Indonesia 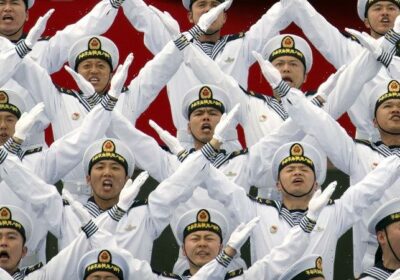 Singapore: Joint naval exercises conducted by China and Indonesia off the coast of Jakarta over the weekend are the latest sign of closer ties between the once-feuding nations, following Beijing’s offer to salvage sunken submarine the Nanggala for free.

Leading analyst John Blaxland from Australian National University said that while Indonesia was being pragmatic by agreeing to the naval drills, China was also using the increased cooperation with South-east Asia’s largest state to send a message to Australia.

It is a far cry from the tense standoff between the two countries on the water only 16 months ago, when Indonesia president Joko Widodo deployed warships to the Natuna Islands in a dispute over fishing rights in an area claimed by Indonesia as its exclusive economic zone. Four years earlier, Jokowi, as he is known, held a cabinet meeting on a warship in the waters there during another diplomatic flare-up. 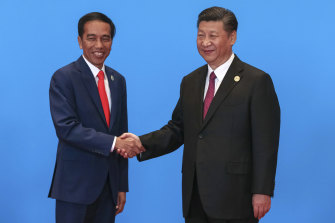 Indonesia’s President Joko Widodo has accepted a Chinese offer to resurface a sunken submarine and allowed joint military exercises between the nations’ navies. He is pictured here with Chinese President Xi Jinping in 2017. Credit:European Pressphoto Agency

China’s proposal to recover the submarine, which sank on April 21 killing all 53 personnel onboard, for “free” trumped other salvage offers from Australia and the United States, a soft power play met with suspicion by some regional security observers.

It also took place as Beijing’s spectacular fallout with Australia was formalised when the superpower  indefinitely suspended the China-Australia Strategic Economic Dialogue.

“I think there’s a dimension to this, which is about doing more with Indonesia as a bit of a statement to Australia and others as well,” said John Blaxland, professor of international security at ANU.

“Australia has been much more assertive and more forthright in its criticism of China. And to be fair, Joko Widodo has been reasonably assertive at times as well, expressing his disapproval of Chinese actions in and around the Natuna Islands exclusive economic zone, for instance.”

Blaxland said Indonesia demonstrated “a degree of pragmatism” in participating in naval exercises with China: “You’re running into each other all the time in the open waters so making sure you’ve got protocols for engaging constructively and avoiding escalation and misunderstandings is fundamentally important to the nature of the international naval engagement.”

But China also benefits from the optics, Blaxland said. “While they’re doubling down on giving Australia the cold shoulder, it’s kind of handy as a counterpoint to be reaching out this hand of friendship to Indonesia.”

Australia’s own defence relationship with Indonesia, its near neighbour the largest country among the Association of South-east Asian Nations (ASEAN) regional bloc, is a top priority for the Morrison government in its stated goal of pursuing regional security in the Indo-Pacific. 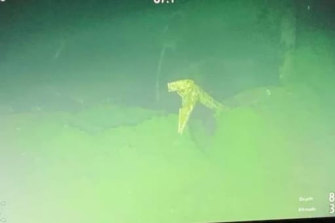 Shards of the sunken Indonesian submarine the Naggala, which China has offered to salvage for free. Credit:Indonesian Ministry of Foreign Affairs

In an interview with official defence website the PLA Daily, Mei Guoqiang, the head of the southern command of the Chinese navy, said the joint exercises aimed to “deepen professional communication, enhance mutual trust and cooperation and jointly demonstration practical actions to safeguard regional peace and stability”.

An Indonesian navy spokesman could not be contacted but Michael Shoebridge, the Australian Strategic Policy Institute’s defence program director, said the drills would have been planned well before China’s offer to salvage Indonesia’s submarine.

“It’s not that long ago that Australia was talking up its expanding exercise relationship with the PLA,” Shoebridge said.

“There is no doubt the Chinese military wants to build a closer relationship with the Indonesian military but there are some profound difficulties for them doing that while the Chinese state makes claims that cut across Indonesian jurisdiction and sovereignty.”

He said it demonstrated that Jakarta was obliged to cooperate with China, its second biggest foreign investor and the major supplier of COVID-19 vaccines to Indonesia.

“The other tricky thing with the Indonesian government and the TNI [Indonesia’s armed forces] is they’re not always singing from the same sheet of music,” he said.