Arrogance and entitlement finally caught up with McLachlan 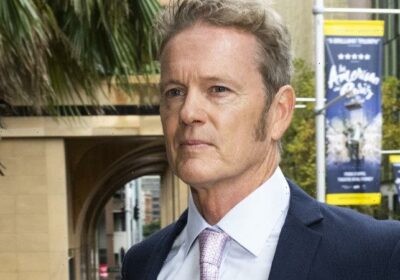 As far as capitulations go, they don’t come much bigger than actor Craig McLachlan abandoning his high-profile defamation case and agreeing to pay the $2 million-plus costs of The Sydney Morning Herald and the ABC.

After 10 days of presenting his case, McLachlan pulled the pin on the very day 11 women were due to start giving evidence about the actor, including incidents of sexual harassment, indecent exposure, indecent assault and bullying.

In the end, it was perhaps McLachlan’s ongoing sense of entitlement that brought him undone. On Thursday, after his side finished giving their evidence, it was revealed that McLachlan had failed to hand over 4000 emails, texts and photos which had been extracted from his iPhone 3 by a forensic firm in November 2018. This was after he said he lost one phone and destroyed another.

The court only learnt of this potentially vital haul of material after he was heard boasting about it in raw footage recorded during his tell-all interview with Channel 7’s Spotlight program.

On the eve of that program, which aired in May 2021, McLachlan was busy exchanging text messages with fellow actor John Jarrett. The jury did not get to hear these exchanges, including this one from Jarrett to McLachlan.

“You’re going to defam the C—s so they’re going to chuck everything at you. I read the shit, it’s pathetic. Tonight’s whinging bitch will be quickly forgotten once your powerful doco hits. The whole world is sick of this pathetic bullshit. What’s the actress’s name, I’ll get onto it ASAP. F— em. Your mate always, JJ.”

Jarrett also referred to one of the witnesses against his friend as “Tampon”. Of a male actor who was to give corroborating evidence, Jarrett texted: “Give me fucking strength, and that Hi5 twat, next time I see him I’ll break his finger. That should get me on the ABC.”

In relation to the texts, McLachlan’s barrister said the defamation case was not about misogyny. Justice Carolyn Simpson replied: “Misogyny’s perhaps not the best word to use, but, I mean, essentially the case is about Mr McLachlan’s attitude to women and his treatment of them …”

Several women – Christie Whelan Browne, Erika Heynatz and Angela Scundi – who had been subjected to McLachlan’s appalling behaviour during The Rocky Horror Show spoke to the Herald and the ABC in 2018 so that young women who were about to work with McLachlan on a new Rocky show would not have to go through what they did.

The reporting of these types of stories is something that is not taken lightly. The Herald and the ABC spent months investigating the claims and corroborating the facts. In early 2018 we finally published a series of articles that revealed McLachlan’s arrogant belief that he could abuse women and get away with it without scrutiny or accountability. 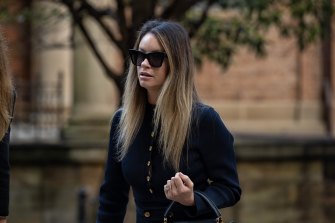 Christie Whelan Browne spoke out so others would not have to suffer.Credit:Nick Moir

Complaints about McLachlan’s behaviour to the show’s production company, The Gordon Frost Organisation, had been greeted with the threats of defamation and when the women’s complaints were made directly to McLachlan, he used his position as the star of the show to threaten them that he would make sure they never worked again.

Finally, after years of suffering and trauma, the women have been vindicated.