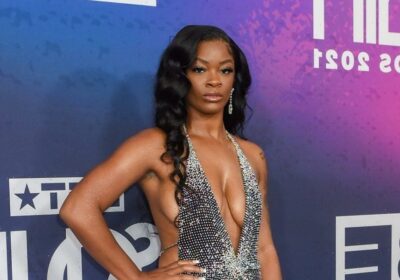 R&B/soul singer Ari Lennox took to Twitter Monday to share that she is being arrested in Amsterdam over a racial profiling incident.

It appears that shortly after she arrived in the Amsterdam, Netherlands airport, the Dreamville artist was profiled by airport security. At 4:16 ET, she tweeted “F— Amsterdam security. They hate black people.” Twenty minutes later she tweeted, “They’re arresting me,” and “I’m being arrested in Amsterdam for reacting to a woman racially profiling me.”

A Twitter user captured additional tweets that seem to be deleted, suggesting the profiling stemmed from an incident with KLM, a Netherlands-based airline.

Before tweeting more specifics of the incident, she said “I just want to go home. I’ll never leave my house again.”

WATCH: Ari Lennox, Sevyn Streeter, and Aliya Janell talk openly and honestly about how social media has impacted them personally and professionally.

The incident comes shortly after the airing of her Soul Train Awards performance Sunday, where she shared the stage with Summer Walker and also performed her latest single, “Pressure.” She tweeted about her departure at 9:02 pm ET Sunday.

It is unclear what exactly happened between the singer and security, as she has not provided updates since her 4:36 am tweets. This is a still-developing story.