Are Trump’s tweets examples of obstruction of justice? Legal experts weigh in His tweets about his former lawyer Michael Cohen and longtime political advisor Roger Stone, both of whom have been questioned by special counsel Robert Mueller’s team about the Russian investigation prompted a quick and complicated backlash online.

“‘Michael Cohen asks judge for no Prison Time.’ You mean he can do all of the TERRIBLE, unrelated to Trump, things having to do with fraud, big loans, Taxis, etc., and not serve a long prison term? He makes up stories to get a GREAT & ALREADY reduced deal for himself, and get………his wife and father-in-law (who has the money?) off Scott Free. He lied for this outcome and should, in my opinion, serve a full and complete sentence,” Trump wrote in two tweets on Monday Dec. 3, four days after reaching a new plea deal. 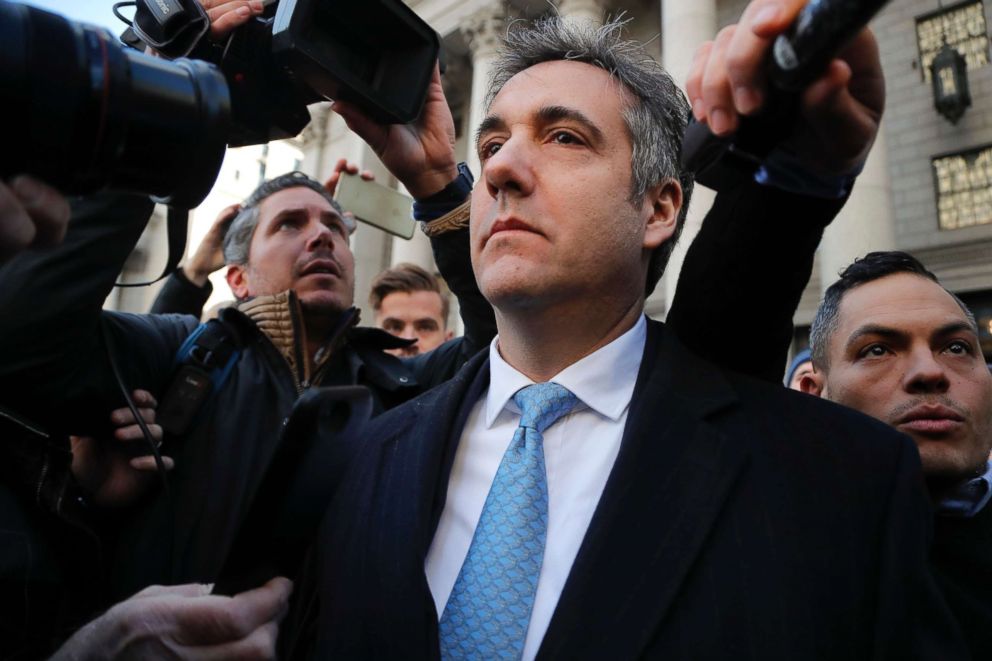 Then, 19 minutes later, he posted about Stone.

“‘I will never testify against Trump.’ This statement was recently made by Roger Stone, essentially stating that he will not be forced by a rogue and out of control prosecutor to make up lies and stories about ‘President Trump.’ Nice to know that some people still have ‘guts!'” Trump tweeted.

One reaction to his tweets that caused an uproar of its own came from George Conway, a conservative lawyer who is married to Trump’s senior counselor Kellyanne Conway.

He responded to Trump’s tweet by suggesting it falls under the portion of the federal code that pertains to “interfering with the fair administration of justice.” Specifically, a subset of the code lists it as “endeavoring to influence a witness not to testify or to make himself/herself unavailable to testify.” 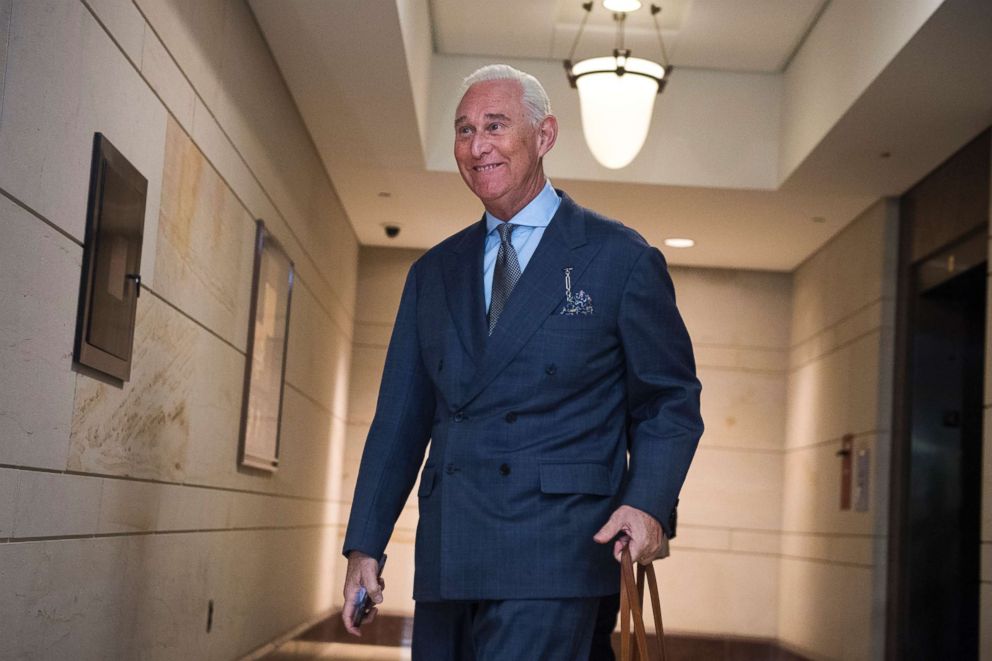 Other legal experts have differing views.

Lisa Griffin, a law professor at Duke University, said that Trump’s tweet to Stone could be viewed as a message “to both that witness and other potential witnesses not to cooperate with the investigation.” She also added that tweet could be viewed as “either witness tampering or obstruction of justice or both.”

“Those are both broad statutes drafted in order to protect investigations, and they’re also both statutes – like many such crimes – that turn on intent,” she said.

Griffin said “the series of tweets pertaining to Michael Cohen and Roger Stone obviously suggest a juxtaposition between the two witnesses and the president’s advice or perhaps threat that other witnesses should act more like Roger Stone.”

“That said, Michael Cohen is already cooperating and it is highly inappropriate for the president to make any comment about an ongoing federal investigation or pending sentencing proceeding but it’s less clear that doing so is itself obstruction,” she said.

“I think the comments about Michael Cohen are unprecedented, inappropriate, unseemly; whether or not they’re obstructive is a slightly different question than whether or not the encouragement to Roger Stone and others similarly situated to stay quiet.” 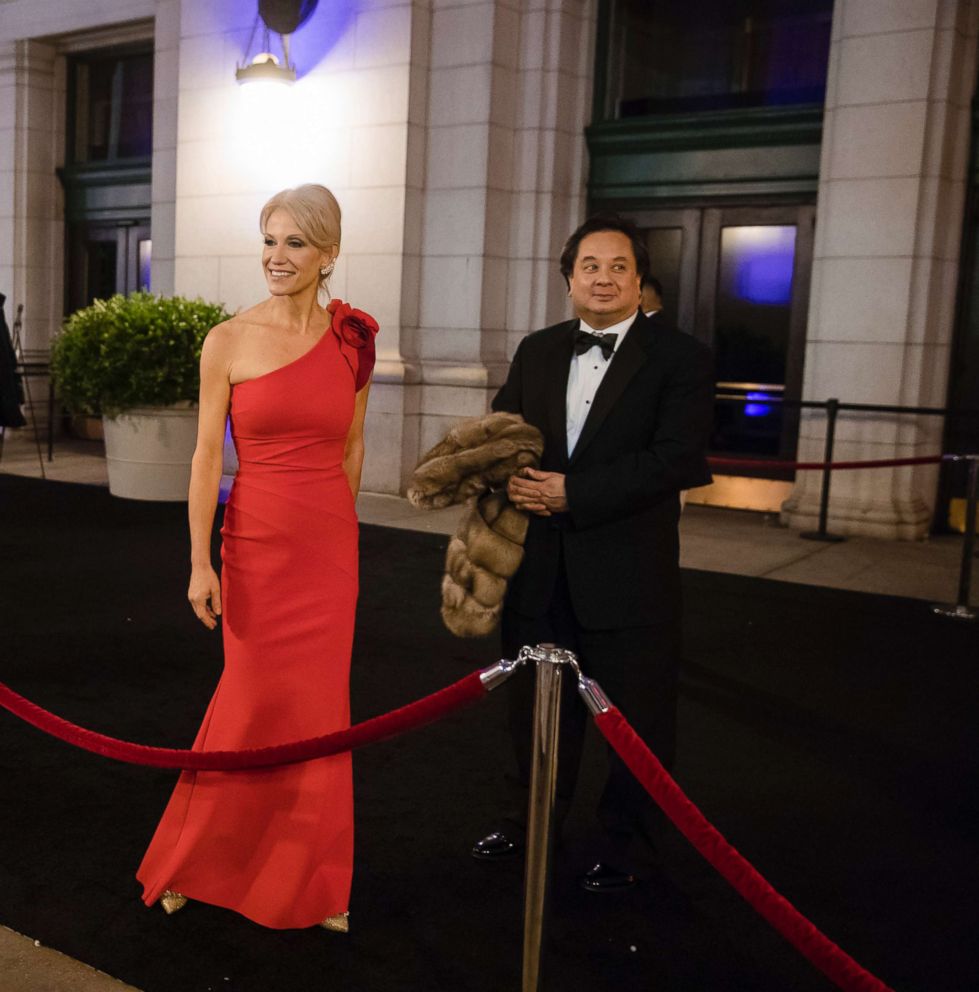 “The president’s supporters tend to argue that he is just expressing himself, but when someone as powerful and influential as the president expresses himself publicly that has major repercussions,” Griffin continued. “It also indicates the president’s state of mind and his desire to curtail and constrain the special counsel, and the tweets therefore provide further evidence of his ongoing intent to interfere with the investigation.”

Rudy Mehrbani, a senior counsel at the Brennan Center for Justice, said that he sees the tweets as the latest instance of Trump “attempting to normalize his conduct by doing it out in the open.”

“Looking solely at those tweets, I would say that it adds to the already mounting evidence of obstruction,” Mehrbani said.

“I think that they’re the most clear evidence that the president is trying to influence the investigation by having witnesses think twice about the consequences of cooperating,” he said.

Not everyone agrees, however. Vanderbilt University law professor Christopher Slobogin said that he thinks charges of obstruction of justice or witness tampering are “a tough sell.”

“I think for obstruction of justice there has to be corrupt purpose as demonstrated by causing or inducing a person to withhold testimony or in some other way prevent the government from obtaining evidence,” Slobogin said. “In this case, Stone has already declared that he won’t testify, so at least on the face of it, Trump’s not trying to prevent or obstruct anything.”

“What I’m concerned about is interpreting obstruction of justice or tampering to cover this situation expands criminal liability in a way that could come back to haunt run-of-the-mill defendants or suspects in a way that a lot of the people making this argument would not like,” he said, noting that he “could see a lot of criminal defendants” making similar statements in different cases.

Instead, he sees the tweets as a “typical example of Trump blowing steam.”

He did, however, concede that while he thinks the tweets are “in no way direct evidence of obstruction,” he said that “if that kind of evidence is forthcoming, the tweet would help nail the case shut.”

“I think you could make the case that a lawyer making these kinds of comments would be acting unethically and you could also say what Trump’s doing is completely unpresidential based on the ways presidents have acted in the past,” Slobogin said. “Neither of those are crimes.”

“It’s atmospherics,” he said. “It’s the smoke but we don’t have the fire.”

Griffin argues that the recent spate of tweets are not the only problematic issues, but just the latest.

“I think we have been seeing statements and conduct by the president for a long time that fit within the definition of obstruction, and at some point we just have to determine whether the president is above the law or not,” Griffin said.

“Not everyone agrees about the significance of” the recent tweets, she said.

“I tend to believe its part of a chain of statements and events that all link up, and it’s a mistake to look at it in isolation.”