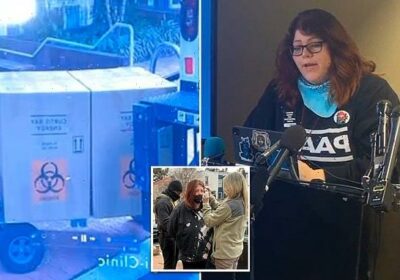 REVEALED: Anti-abortion activist who had five FETUSES in her apartment said she took 110 off medical waste truck outside clinic, took them back to her apartment and laid them on a table so they could ‘be given a proper burial’

An anti-abortion activist who was arrested last week when police found five fetuses in her apartment revealed that her group took 110 fetuses from a medical waste truck back to her home for ‘a proper burial.’

Lauren Handy, 28, of the Progressive Anti-Abortion Uprising, defended her actions in a news conference on Tuesday where the group claimed federal laws were broken at the Washington Surgi-Clinic reproductive health center in Washington, D.C.

Handy is one of nine anti-abortion activists charged in an indictment made public last week accusing the group of blocking access to the same health center in October 2020.

Handy and PAAU director Terrisa Bukovinac said they spotted a truck outside the medical center on March 25, and pleaded with the driver to let them take two boxes filled with 110 aborted fetuses so they could bring them to her DC home, put them on a table, and give them a funeral and burial.

The group claimed that of the fetuses recovered, five appeared to have been more developed. The group contacted DC Metropolitan police to report a possible crime, which only led to the retrieval of the fetuses and Handy’s arrest on March 30 in a separate incident in 2020.

‘I made a promise, a funeral and a burial,’ Handy told reporters on Tuesday. ‘It has been my desire since the beginning, since March 25, and through the whole process to ensure these children’s dignity were uplifted and respected.’

Washington police said a city medical examiner has no plans to perform autopsies at this time because the fetuses had been aborted in accordance to DC law, The Washington Post reported. 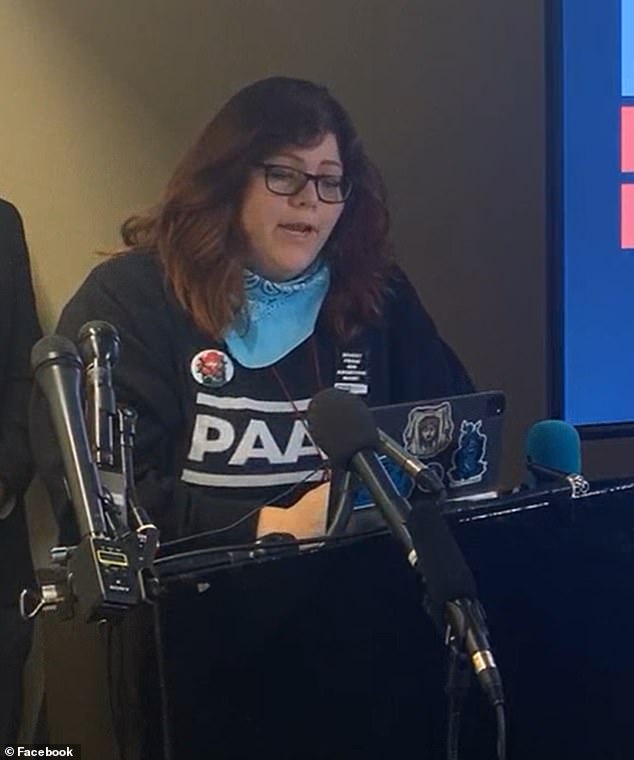 Lauren Handy (pictured), 28, said she took 110 fetuses from a medical waste truck outside the Washington Surgi-Clinic on March 25 as she defended her actions on Tuesday 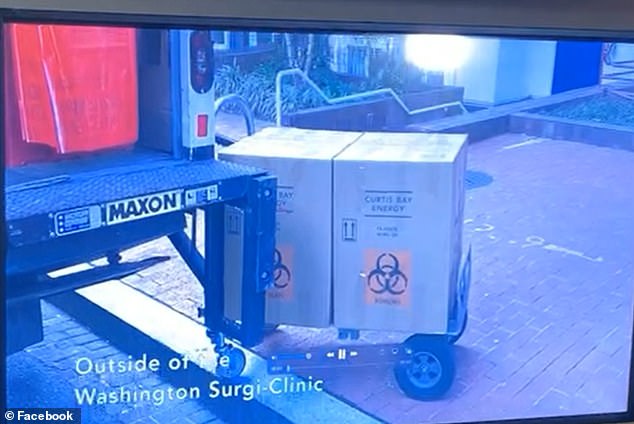 Handy and fellow Progressive Anti-Abortion Uprising leader Terrisa Bukonivac informed a truck driver outside the clinic that he was transporting aborted fetuses. They said the driver was sympathetic to their cause and handed over 110 fetuses to them 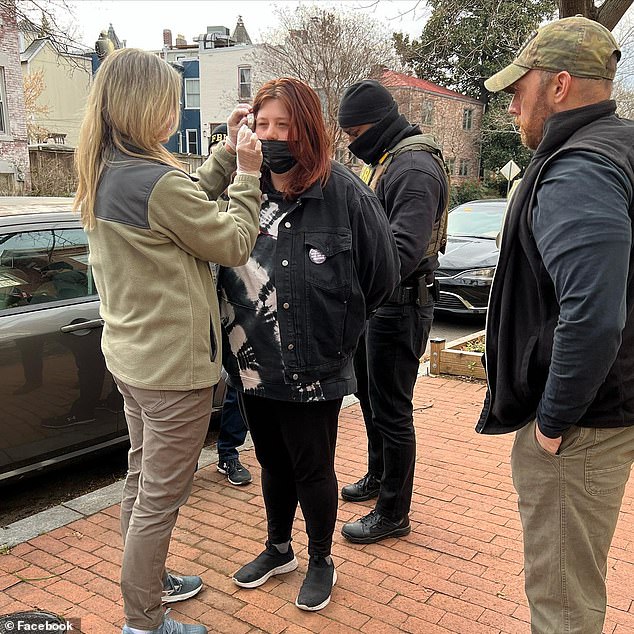 Handy (center) was arrested last Wednesday outside her Washington, D.C., apartment when Police found five fetuses inside her home. Her group claims those five fetuses were well-developed and that they contacted police to investigate

Washington and seven states do not have specific laws prohibiting abortion after a certain point in pregnancy. PAAU spokesman Randall Terry said the group demands a federal investigation into the five fetuses.

Bukovinac said that she and Handy went to the Washington Surgi-Clinic on March 25 for demonstrations outside the facility when they spotted the medical waste truck around the corner.

She said that when they spoke to the truck driver and he became sympathetic to their cause.

The two women then brought the 110 aborted fetuses to Handy’s apartment for a funeral Mass and burials with the help of a local priest.

‘This was the most devastating and soul crushing experience of our lives,’ Bukovinac said. ‘It’s a moment that will live on for us for all of time.’

Bukovinac and Handy said of the 110 fetuses, they found five bags with more developed fetuses, which they named Christopher, Angel, Harriet, Holly and Phoenix.

They claimed the fetuses showed signs of injuries and, through a lawyer, contacted police to pick up those stored in Handy’s home.

Police said the investigation over the fetuses and how the group acquired them is still ongoing, with Chief Robert Contee saying the department is a long way from reaching any conclusions.

‘We’re not going to rush to judgment,’ Contee told the Post.

On Monday, Handy pleaded not guilty to violating Freedom of Access to Clinic Entrances Act when she and eight others blocked the entrances to the Washington clinic in 2020.

The federal law, more commonly known as the FACE Act, prohibits physically obstructing or using the threat of force to intimidate or interfere with a person seeking reproductive health services. 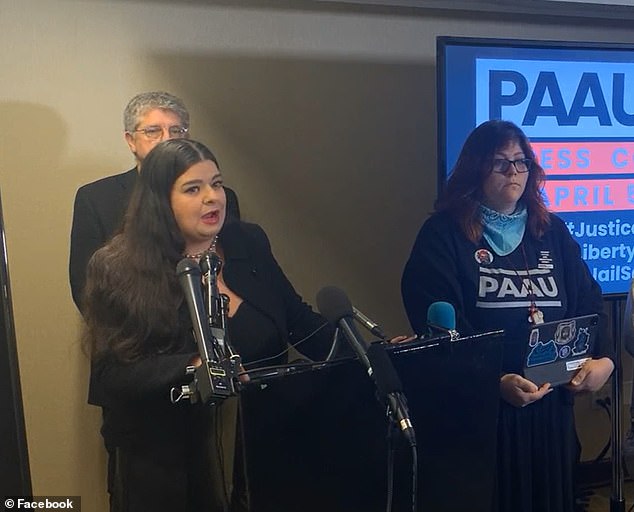 PAAU director Terrisa Bukovinac (left) defended her actions with Handy (right).  Handy is one of nine anti-abortion activists facing federal charges for blocking access to the same clinic where back in October 2020 they chained themselves to the entrance 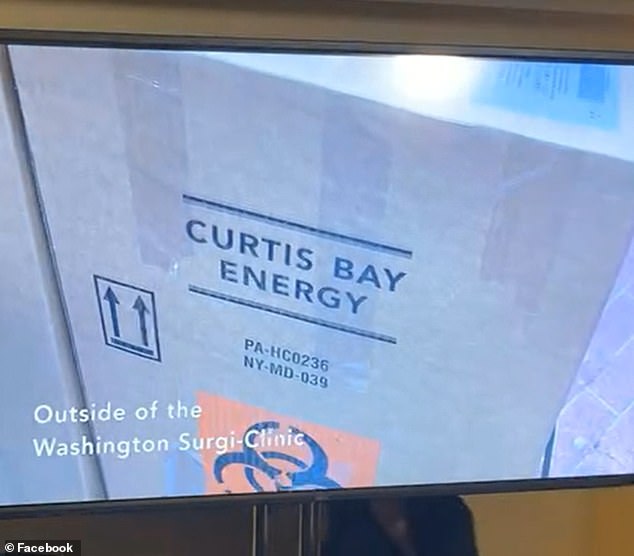 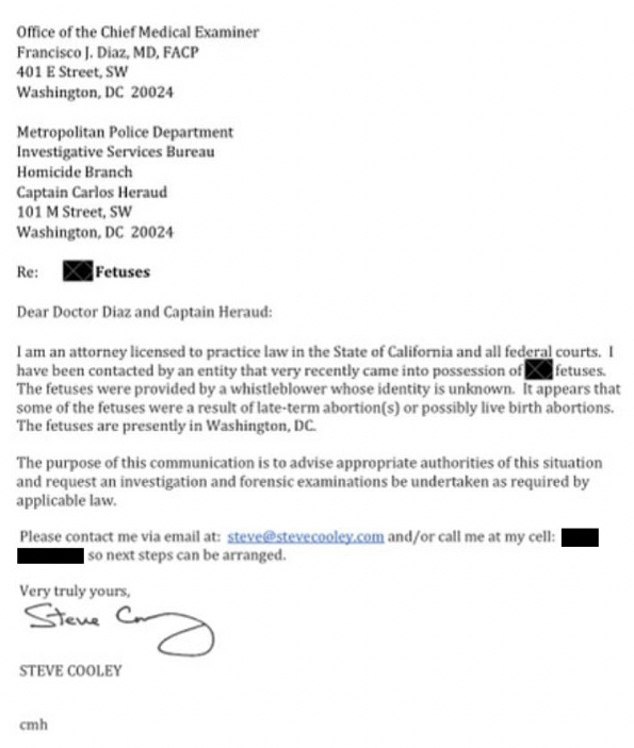 Handy’s group had message D.C. police about the fetuses and demanded a full investigation due to D.C. law allowing abortions to be conducted at any point in a pregnancy

In the indictment, prosecutors said Handy had called the Washington Surgi-Clinic pretending to be a prospective patient named ‘Hazel Jenkins’ and scheduling an appointment.

Once there, on October 22, 2020, Handy and eight other people pushed their way inside and began blocking the doors, according to the indictment.

Five chained themselves together on chairs to block the treatment area as others blocked the employee entrance to stop other patients from coming inside, the indictment alleges.

Another suspect blocked people from coming into the waiting room, prosecutors charge.

Handy and Goodman also face charges for resisting arrest at an abortion clinic in Michigan in 2019. Also in 2019, she was arrested for unlawful entry and blocking an entrance at several clinics.

Handy had previous run-ins with the law, too. A DC charter school filed a civil complaint against her for trespassing in December 2015. She was arrested for unlawful assembly outside the school earlier that year.