Anne Robinson is under fire as clip from Weakest Link resurfaces 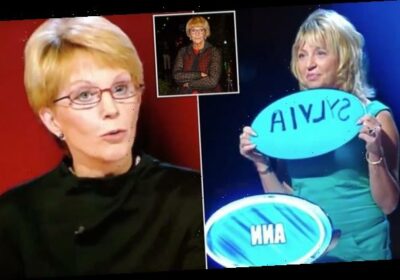 Anne Robinson is under fire over a resurfaced clip from the Weakest Link where she shames a single mother for being on benefits and accuses her children of having ASBOs.

Robinson, who at one point asked whether many of Ann’s children have ‘tags on their ankles’, was branded ‘disgusting’ and ‘cruel’ by viewers.

The clip re-emerged on social media after Robinson was announced as the first female presenter of the long-running show Countdown. 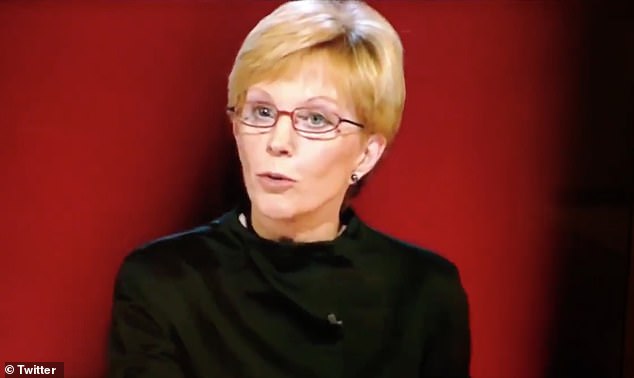 The video begins with Robinson asking the contestant: ‘What do you do Ann?’

She replies: ‘I’m a full-time single mum to three boys.’

Referring to anti-social behaviour orders, which could be given out by courts to anyone aged 10 or over, the TV host asks: ‘How many ASBOs?’

Contestant Ann – who said the ‘nerves have taken over’ – asked for clarification on what the presenter meant.

Appearing to smirk, Robinson said: ‘How many of your three boys have got tags on their ankles?’

‘Well none so far,’ responded Ann.

Robinson continued: ‘You’re doing benefits are you?’, to which Ann replied: ‘I knew, I was waiting for this.

Sounding like she was about to laugh, Robinson repeated: ‘Are you on benefits?’ 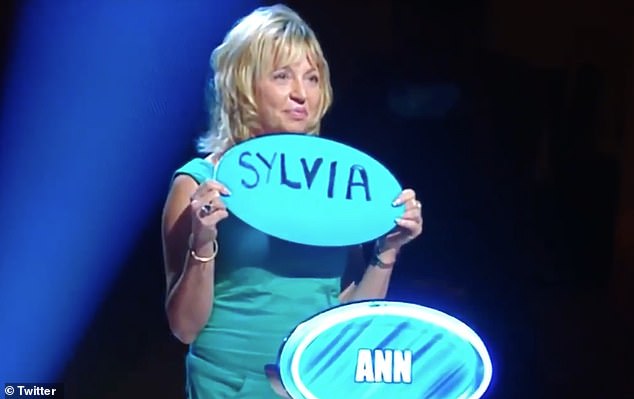 Contestant Ann pictured in the clip, which re-emerged on social media after Robinson was announced as the first female presenter of the long-running show Countdown 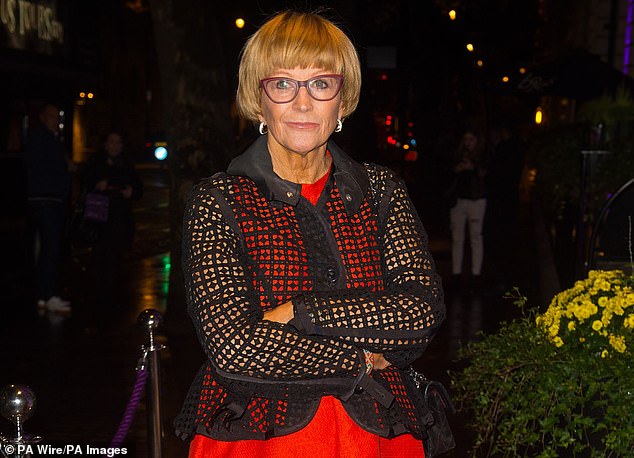 It was confirmed yesterday that Robinson (pictured above, in London in 2015) would take over from Nick Hewer later this year as the host of Channel 4’s Countdown

Reluctantly the contestant admitted: ‘I am on benefits, yes’, before Robinson continued: ‘What happened to the husband?’

Ann responded: ‘Well I’ve had two husbands to be honest. I think I’ve worn them both out.’

The presenter interjects: ‘You didn’t go gay did you?’

Ann responds jokingly: ‘No, but sometimes living with three boys I’ve thought there’s a lot to be said about going lesbian.’

Sport and film writer Alex Hess tweeted the footage, writing sarcastically: ‘A warm welcome back to daytime TV to Anne Robinson, one of life’s good guys.’ 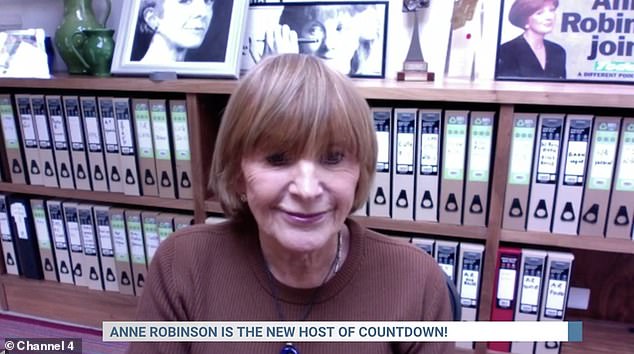 Confirmation of her appointment on the Channel 4 staple was made on Monday morning’s edition of Steph’s Packed Lunch, where her name formed a Countdown inspired conundrum

Social media users were left shocked by the clip, with one saying: ‘God this is awful.’

Another commented: ‘How did that make the edit? What a disgusting line of questioning.’

A third added: ‘I can’t believe this – it’s so cruel and crass. Outright bullying.’

A fourth wrote: ‘I mean I know it’s a persona and everything, but Christ.’

Others expressed sympathy for the contestant, while one person questioned: ‘How the hell did we let that become acceptable?’

COUNTDOWN – THE PRESENTERS SO FAR

Running from 2000 to 2012, the BBC game show was syndicated across the world and became renowned for Robinson’s famous sign-off – ‘You are the Weakest Link, goodbye.’

It was confirmed yesterday that she would take over from Nick Hewer later this year as the host of Countdown.

Confirmation of her appointment on the Channel 4 staple was made on Monday morning’s edition of Steph’s Packed Lunch, where her name formed a Countdown inspired conundrum.

Speaking live on the show, Robinson told host Steph McGovern she was excited to be joining Rachel Riley and Susie Dent, saying: ‘I’m very excited, I want to rename it “Three Clever Girls Do Countdown.”‘

Asked if she’s a fan of conundrums, she added: ‘I love anagrams. I do The Times crossword every day. I’m not very good at adding up or subtracting…

‘I’ll tell you what’s great about this show, it’s very clever contestants who have to work at speed. I think that’s what’s most impressive, they do it within 30 seconds.’

Steph also asked what her approach will be on Countdown, to which she replied: ‘I’ve had my family here, two grandsons, daughter and son-in-law.

‘It seems like a year they’ve been here doing home-screaming, as I call it, and I really have been practising to be nice… not always successfully. But I am going to tone down my nastiness… sort of!’

Robinson also told Steph she’s slightly scared of Susie Dent’s and Rachel Riley’s brains, adding: ‘The three of us will transform things, it will be Countdown goes chic, won’t it?!’

And she sent a message to viewers, saying: ‘Keep watching and please can we have some female contestants?’

The presenter became a familiar presence on TV screens after fronting BBC show’s What The Papers Say, Watchdog and Points Of View during the 1980s, ’90s and 2000s.