Going loco! Woman driver shatters car windscreen with a metal pole then smashes off the wing mirror before RAMMING the VW repeatedly in shocking road rage attack in Mexico

This is the moment a female driver attacks the red Volkswagen driven by another woman with a metal pole before repeatedly driving her own car into it in a fit of road rage.

The startling incident was recorded by an onlooker in the Azcapotzalco neighbourhood of the Mexican capital, Mexico City, and has since been posted online where she has been branded  ‘LadyLoca’ (Crazy Lady).

In the video, the woman can be seen crashing a metal pole into the windscreen of a convertible red Volkswagen. 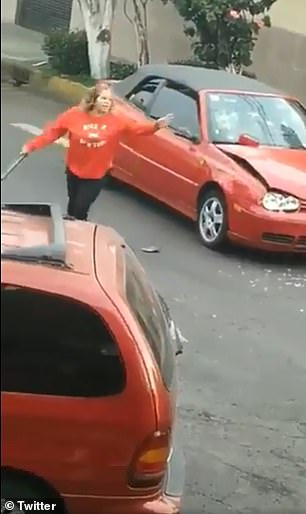 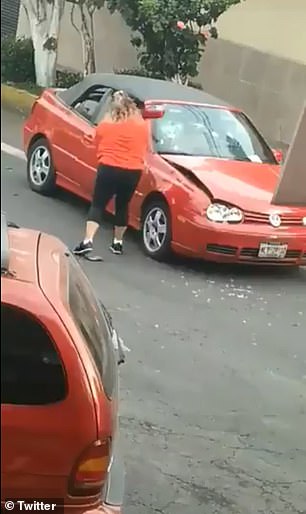 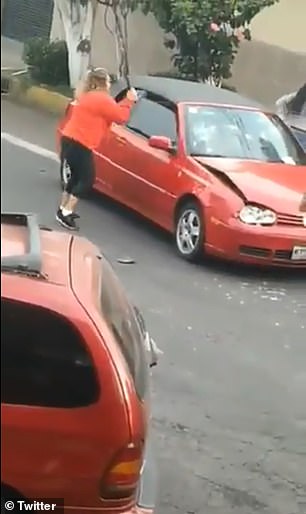 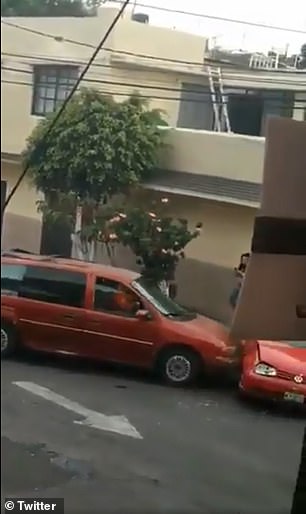 After hitting it repeatedly, she jumps into her car and then proceeds to ram the vehicle

She hits the windscreen several times before taking her frustration out on the wing mirror, smacking it out of place as the female driver gets out of the Volkswagen.

The woman then walks back to her own vehicle, parked in the middle of the street, and turns around and drives into the Volkswagen.

The woman then reverses and repeatedly drives into the side of the Volkswagen, damaging her own car in the process as onlookers scream for her to stop.

Local media report the woman’s fit of rage had started when she was involved in a crash with the Volkswagen.

The general prosecution of Mexico City has opened an investigation but it is unclear if any arrests have been made or if the woman has been identified.

One online commentatorsaid: ‘Some people’s aggression is terrible.’ 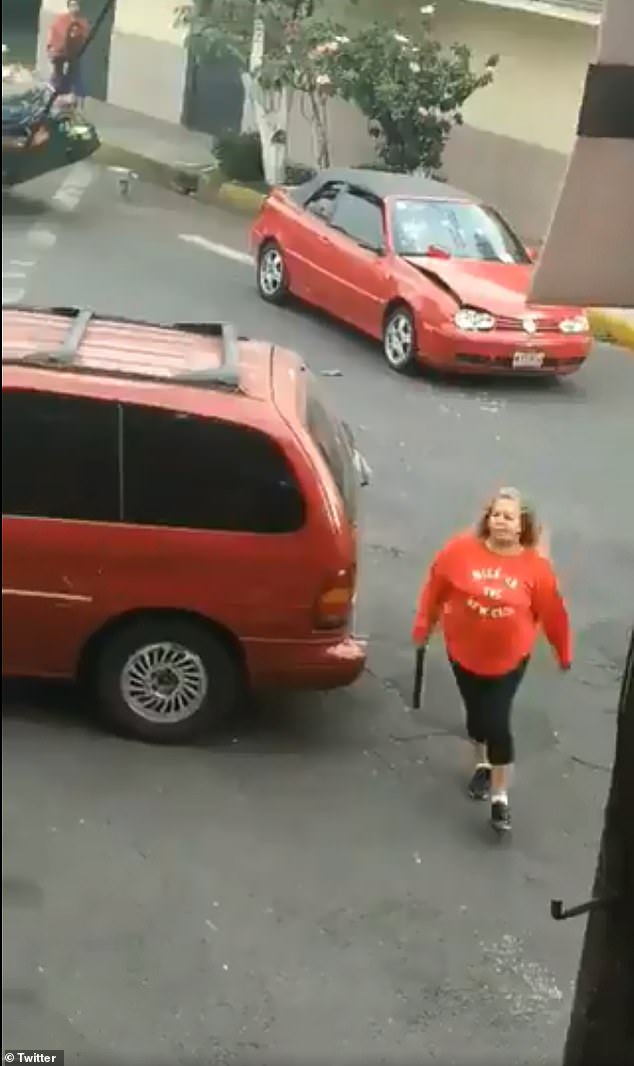 Mexican police are currently trying to identify the woman, pictured, following the attack