Commons leader Andrea Leadsom accused John Bercow of bias over Brexit today after he hammered the Government for cancelling a showdown vote on the deal.

Mrs Leadsom said the Commons Speaker had made public his views on Brexit despite the need for ‘impartiality’ in the Chair.

She said Mr Bercow’s views were a ‘challenge’ for MPs but stopped short of agreeing his position as Speaker was ‘tainted’.

The Leader and the Speaker clashed again yesterday during hours of debate on Brexit – extending a long-running feud between the pair personally and the Government.

Mr Bercow launched a series of ferocious attacks on the Government for cancelling the meaningful vote on the Brexit deal without asking MPs. He branded it ‘deeply discourteous’ and ‘deeply regrettable’.

Mr Bercow has revealed he voted Remain and insisted MPs have the right to try and stop Brexit happening. His car – shared with wife Sally – has had a ‘b******* to Brexit’ sticker attached to it. 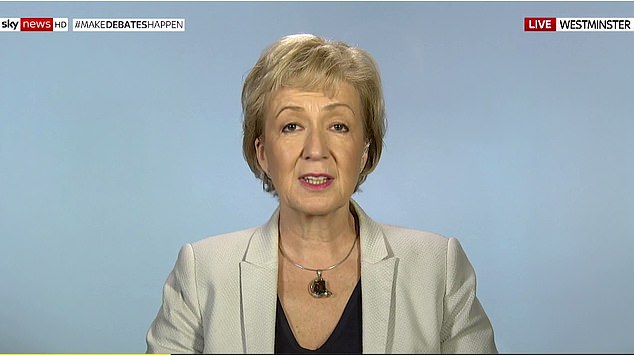 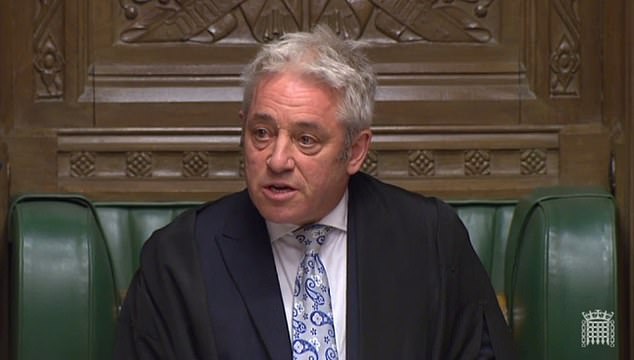 Mrs Leadsom told the Today programme: ‘He’s made his views on Brexit on the record, and the problem with that of course is that the chair’s impartiality is absolutely essential.’

Asked whether she believed his position was ‘tainted’, she replied: ‘He’s made his views known on Brexit.

‘It’s a matter for him but nevertheless it’s a challenge and all colleagues need to form their own view of that.’

During a round of procedural squabbling last night, Mr Bercow called the entire day’s proceedings ‘most unfortunate’.

‘This is not the way the business of the House is ordinarily conducted, it’s a most unfortunate state of affairs.’

Mr Bercow suggested he was on the side of the MPs wishing to make the Government hold a vote, adding: ‘I have sought to do everything I can for nearly nine and a half years, and will go on doing so, to support the House and backbenchers in particular within the House, and as necessary holding ministerial feet to the fire.

‘But I have to operate within the powers that I have, not those that some members perhaps would like me to have.’ 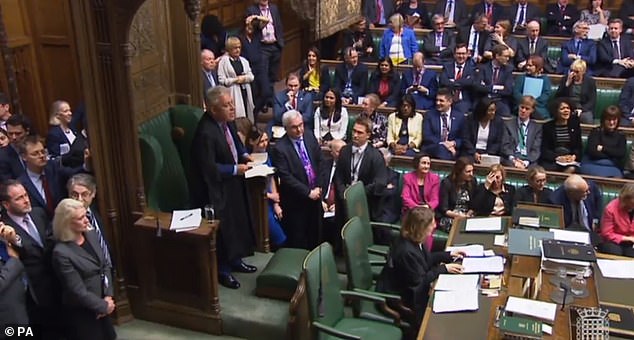 After Theresa May announced she was pulling the vote yesterday, the Speaker said the Government’s plan was ‘deeply discourteous’.

And he urged the Prime Minister to hold a vote on the matter before ‘unilaterally’ deciding to postpone MPs having their say, saying it would be the ‘courteous, respectful and mature’ thing to do.

Mr Bercow interrupted the debate following Mrs May’s statement to criticise Number 10 for leaking their plans in advance of telling the House, saying the vote was being delayed at ‘an inordinately late stage’.

He added: ‘Halting the debate after no fewer than 164 colleagues have taken the trouble to contribute will be thought by many members of this House to be deeply discourteous.’

Why is John Bercow a controversial Speaker?

Bullying claims: John Bercow has been hit by a number of bullying claims. He is said to have subjected staff to angry outbursts for years, mocking junior officials and leaving staff ‘terrified’.

A former private secretary Kate Emms has said she was left with PTSD after working for him.

Mr Bercow denies all the allegations.

His wife Sally: Sally Bercow has courted controversy since her husband was first elected. She infamously posed in a sheet for a magazine interview soon after Mr Bercow was first elected and she took part in Celebrity Big Brother.

In 2015 it emerged Sally had an affair with Mr Bercow’s cousin Alan – even leading the couple to move into the family home in Battersea while the Speaker stayed in his grace-and-favour apartment in Parliament.

Mr Bercow and his family live rent-free in an opulent apartment at parliament, where the taxpayer foots a £109 a month bill for the Arsenal fan’s Sky subscription.

Bias against the Tories: Conservative ministers and MPs have long-complained Mr Bercow favours Labour. He repeatedly hauls ministers to the Commons to answer Urgent Questions and Emergency Debates – far more often than has historically been the case.

He frequently reprimands ministers, often sarcastically, and his behaviour prompted the Cameron Government to launch a near-unprecedented attempt to remove him in 2015.

Mr Bercow provoked further fury by speaking out against Donald Trump and Brexit in defiance of protocol demanding he be impartial.