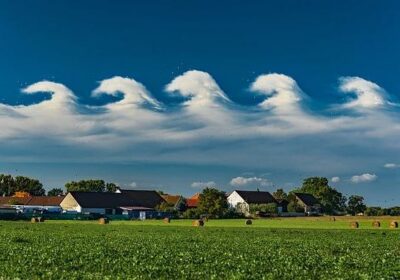 Rare and beautiful clouds have formed over the Czech Republic in the shape of ocean waves.

Lukas Gallo, 35, a carpenter and photographer, spotted the wave-like clouds forming above his hometown in the South Bohemia region in the Czech Republic.

‘When I first saw them, I thought they were amazing,’ said Lukas.

Such cloud patterns are known as Kelvin-Helmholtz clouds, or billow clouds, one of the most striking cloud formations. 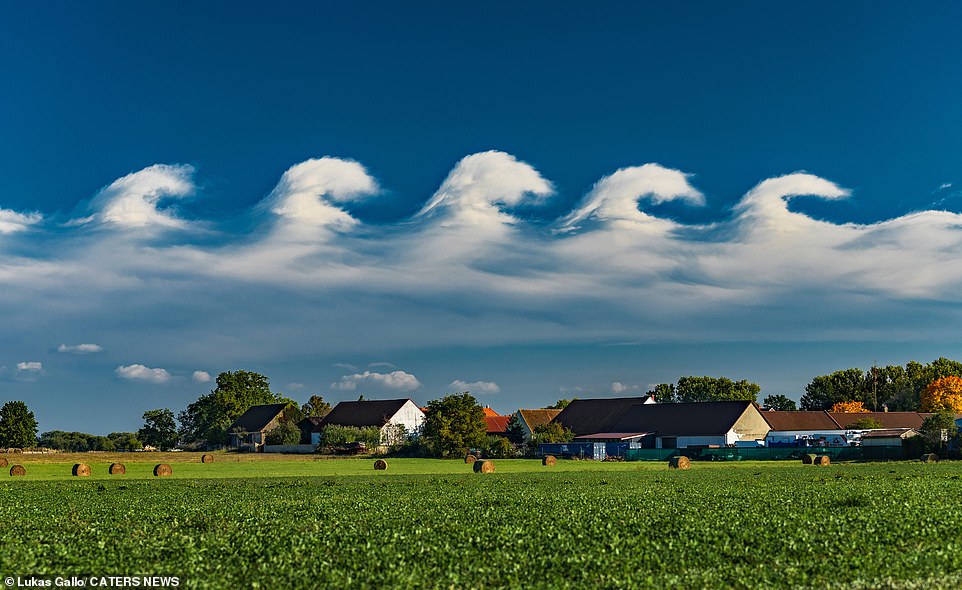 A rare sight: cloud patterns form over the Czech republic in the form of ocean waves 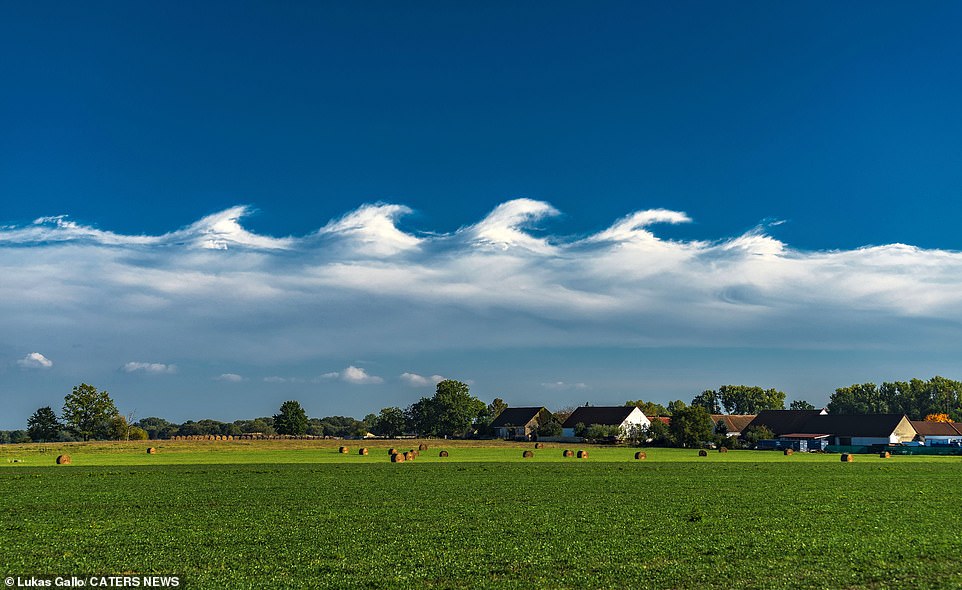 Stunning: A clear, windy day is the most likely time for the cloud formation to appear

They occur when two different layers of air move at different speeds, a phenomenon the Met Office calls a shear.

When the upper layer of air is moving at a higher speed than the lower-level of air, it sometimes scoops up the top of an existing cloud layer as it passes by, creating the wave-like rolling shapes that have appeared over the Czech Republic.

The clouds are most likely to occur on a windy day, a often good indicator of turbulence.

But billow clouds are often short lived, often loosing their shape much quicker than other cloud types, making them a rare sight.

Kelvin–Helmholtz instability is a scientific phenomena that doesn’t only occur on earth.

Jupiter’s red spot is an example of Kelvin–Helmholtz instability, which also takes place among fluids, Saturn, and within the sun’s atmosphere.

Van Gogh is said to have been depicted billow clouds in his famous painting, ‘Starry Night’.