Washington: Maria Butina, a Russian gun rights activist, is poised to plead guilty in a case involving accusations that she was working as an agent for the Kremlin in the United States, according to a new court filing. 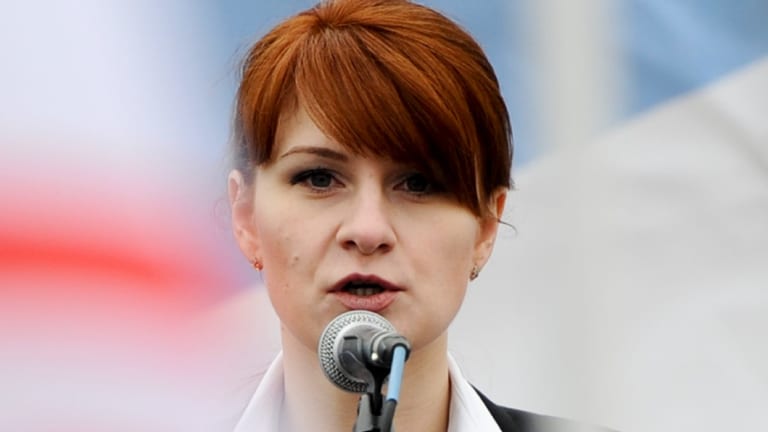 Attorneys for Butina and federal prosecutors jointly requested in court documents Monday that US District Judge Tanya Chutkan set a time for Butina to withdraw her previous plea of "not guilty." They said they could be available for her to enter her plea as early as Tuesday.

A plea is not final until it is entered in court and accepted by a judge. Monday's filing did not indicate to what charge she will plead.

Butina was accused of working to push the Kremlin's agenda by forming bonds with National Rifle Association officials and other conservative leaders and making outreach to 2016 presidential candidates.

A native of Siberia, she founded a group to expand gun rights in Russia, a profile that allowed her to develop relationships with US conservatives intrigued with her work. Prosecutors said Butina, 30, stepped up her activities after moving to Washington in September 2016 to attend graduate school at American University. 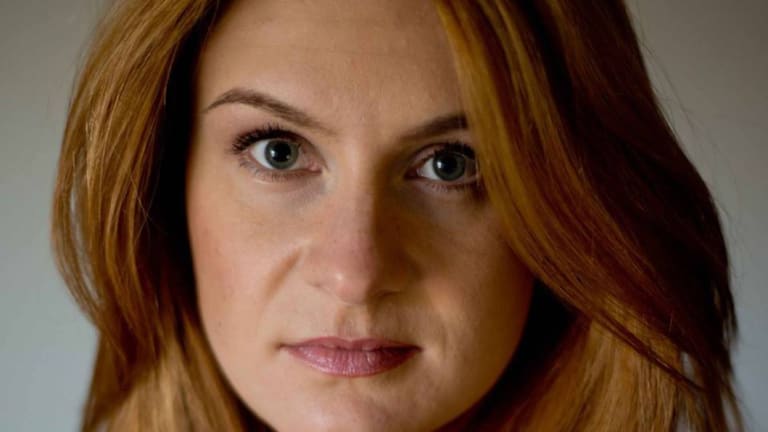 Maria Butina in a photo from her Facebook page.Credit:Facebook

Her lawyers had said her interactions with the NRA and others were typical of an ambitious student anxious to network and eager to build better relations between the US and her country.

They had at one point argued her outreach should be covered by constitutional protections for free speech and noted that she was not accused of attempting to steal US secrets or working with Russian intelligence.

But prosecutors said her goal was to advance the foreign policy aims of the Kremlin and that she was acting at the direction of a Russian government official, Alexander Torshin, a former senator who now serves as deputy director of the Russian central bank.

Butina has been jailed four months since her July arrest.

In that time, her case had been embraced by the Russian government, which had vigorously protested that she was an innocent student whose incarceration was unjust. With the plea deal, Butina could be released in coming months and deported to Russia.

Butina was prosecuted by US attorney's office in Washington, rather than special counsel Robert Mueller – an indication that Mueller may have determined that her activities did not directly connect to his investigation, which involves scrutinising any links between Russia and President Donald Trump's campaign.

In June 2015, she authored a column for an American magazine in which she argued that only the election of a Republican president would result in better ties between the US and Russia.

A month later, at a public town hall event in Las Vegas, she was able to ask a question directly to Trump, inquiring about how he viewed sanctions imposed on Russia after its 2014 invasion of Crimea.

"We get along with Putin," he told Butina, referring to the Russian president. "I don't think you'd need the sanctions."

Butina was then involved with an unsuccessful effort to organise a meeting between Torshin and Trump at an NRA convention in May 2016.

Instead, she and Torshin briefly interacted with Donald Trump Jr., the president's son, at the event, according to documents turned over to Congress.

In September 2016, she sought out J.D. Gordon, who had served as a national security adviser to Trump's campaign and then was given an advisory position on Trump's transition committee. Emails show the two attended a concert by the rock band Styx and that Butina attended a birthday party for Gordon in October 2016. Gordon has said the contacts were innocuous and ended after the party.

Butina's efforts to network with US conservatives coincided with what the US intelligence committee has said was an elaborate effort by the Russian government to interfere with the American electoral system and help elect Trump over Democrat Hillary Clinton.

How Butina fit into those efforts is not entirely clear. However, experts have said her activities are a reminder of the sophistication of the Russian targeting of the American political system, which successfully pinpointed the NRA and other conservative interest groups as an avenue to mold opinion of Republican elected officials.

They twice hosted NRA members in Moscow, including during a December 2015 visit when Torshin arranged for a group of NRA dignitaries to meet with Russian Foreign Minister Sergei Lavrov.

The NRA, which spent $US30 million to help elect Trump, has not responded to questions about the group's interactions with Butina and Torshin.

Prosecutors have said that Butina's efforts to meet top level conservatives at NRA meetings and elsewhere were assisted by a South Dakota GOP operative identified as Paul Erickson.

Erickson and Butina met during a trip of the NRA leaders to Moscow in 2013 and that the two have been involved in an romantic relationship, her lawyer said.