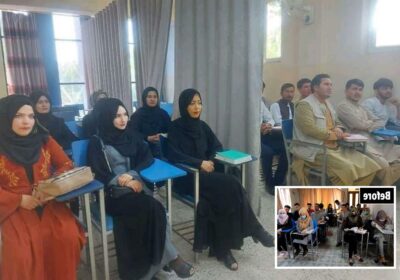 AFGHAN women have been separated from male students with a curtain on their first day back at university under the brutal Taliban regime.

The militants have ordered women at private Afghan universities to wear an abaya robe and niqab covering most of the face – and warned classes must be segregated by sex, or at least divided by a curtain. 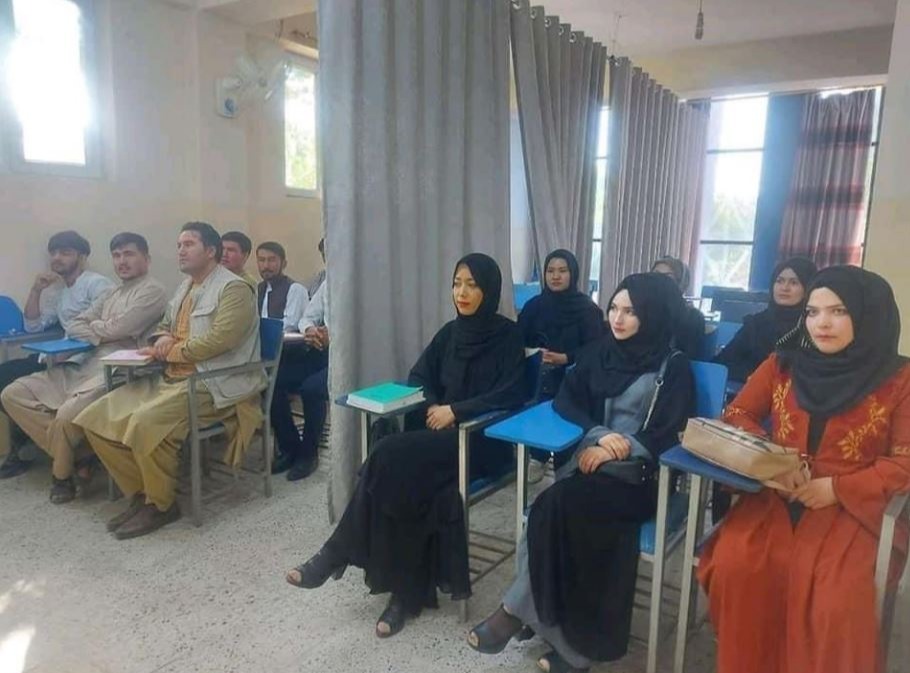 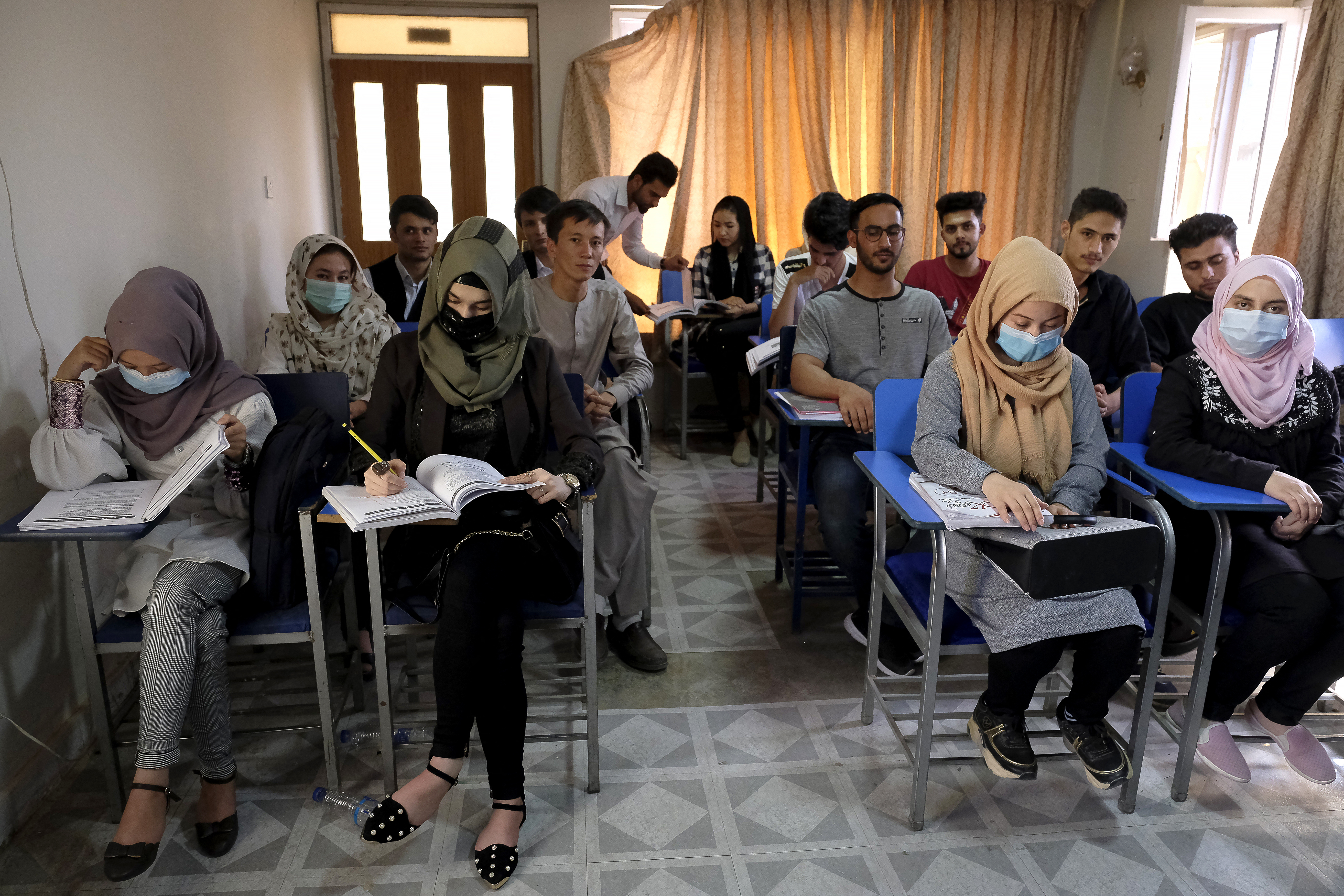 And alarming pictures shared on Monday showed a grey curtain dividing a dozen men and women in a classroom.

According to local journalists, the images were taken at Ibn-e Sina University in Kabul as classes returned for the first time since the Taliban swept to power.

In a lengthy document issued by the Taliban's education authority on Saturday evening, the terror nuts ordered female students to only be taught by other women or "old men" of good character.

While women must now study separately, they must also end their lesson five minutes earlier than men to stop them from mingling outside.

They must stay in waiting rooms until the male students have left the building, according to the oppressive decree issued by the Taliban.

The rules apply to private colleges and universities, which have rapidly increased in number since the Taliban's first rule ended in 2001.

Under the previous Taliban regime, girls and women were mostly excluded from education because of rules on same-sex classrooms.

Although women are now allowed to go to university, some schools in Kabul remained shut on Monday and those that did open saw a drastic fall in the number of students.

There was no order for women to wear the all-enveloping burqa in the new regulations – but the niqab effectively covers most of the face, leaving just the eyes exposed.

And if it is not possible to hire female teachers for the women, colleges "should try to hire old men teachers who have a good record of behaviour".

Over the past 20 years, university admission rates have risen dramatically, particularly among women.

Before the Taliban returned, women studied alongside men and attended seminars with male professors.

The terror group have vowed to be more accommodating than during their first stint in power by promising a more "inclusive" government – but women are unlikely to be included at the top levels.

And women already face being whitewashed from public life – with shop fronts featuring female faces being painted over and female newscasters being replaced on TV.

And the fresh rules for female university students come after a pregnant mum was reportedly shot dead in front of her kids and husband in a vile door-to-door execution by the Taliban.

Banu Negar was brutally killed on Saturday night at her home in Ghor in the latest incident of violence committed by the jihadi regime.

Local news outlets, leading Afghan journalist Bilal Sarwary and the BBC have reported her apparent execution at the hands of the Taliban.

Taliban forces have reportedly been going down door-to-door hunting for former members of the Afghan security forces or allies of the West.

But some women are rising up – with a women's rights protest in Kabul being brutally broken up on Saturday by Taliban special forces using tear gas. 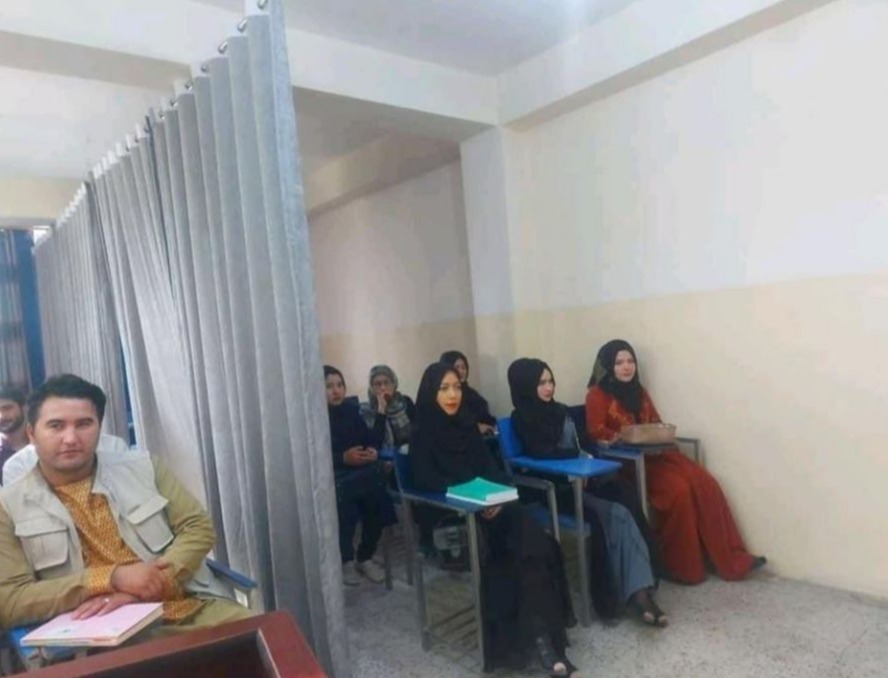 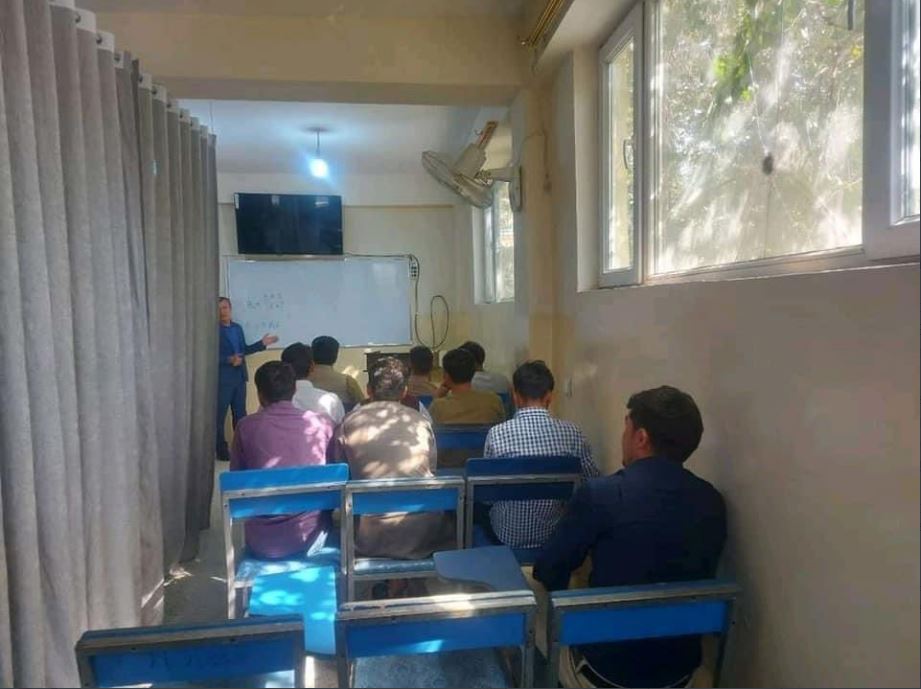 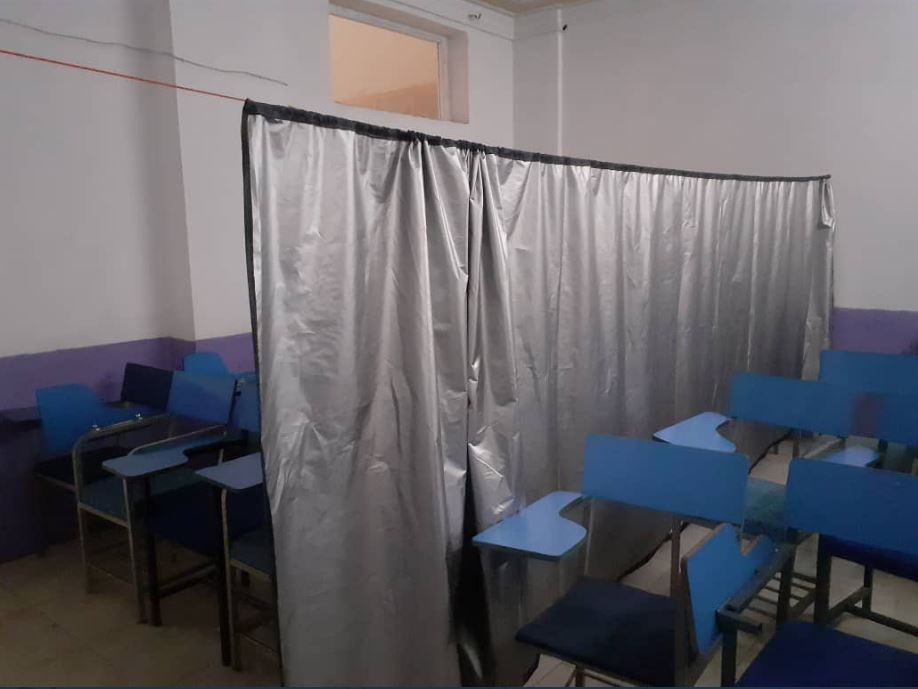