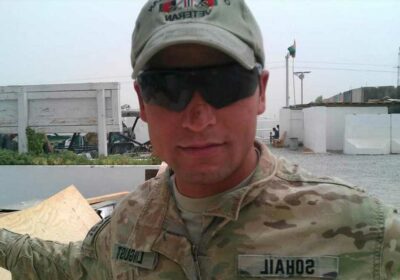 Why Republicans must resist a full US withdrawal from Afghanistan

‘We lost’: Some US vet say blood spilled in Afghanistan was wasted

The Taliban beheaded an Afghan man who had worked as a translator for the U.S. Army, according to reports.

Sohail Pardis, 32, had been driving from his home in Kabul on May 12 to pick up his sister ahead of Eid, a Muslim holiday, according to The Sun.

But on the drive, Pardis — who had told friends he was receiving Taliban death threats because the terror group suspected him of being a spy — was stopped at a checkpoint manned by the militant group.

“They were telling him you are a spy for the Americans, you are the eyes of the Americans and you are infidel, and we will kill you and your family,” his friend and co-worker Abdulhaq Ayoubi told CNN.

Pardis tried to drive through but wasn’t seen again.

The Red Crescent relief organization reported that villagers said the Taliban shot at his car — and once it stopped, pulled him out and beheaded him.

Pardis had worked for the Army as a translator for 16 months during the occupation, the Sun reported.