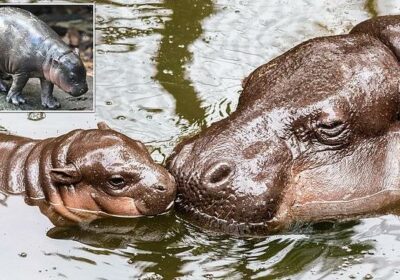 A tiny pygmy hippo has shared an adorable kiss with her mother as the rare newborn calf made her public debut at an Australian zoo.

Sydney’s Taronga Zoo on Friday shared a picture of the yet-to-be-named pygmy hippo in the water nuzzling up to her mum Kambiri.

‘Just some hippo kisses for your … afternoon,’ the zoo wrote on Facebook. ‘You’re so welcome.’

The pygmy hippo, whose father is called Fergus, is the first birth at the famous harbourside zoo in four years. 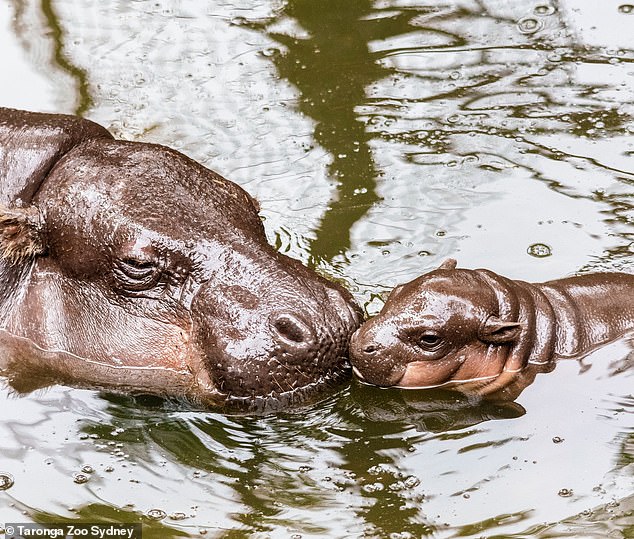 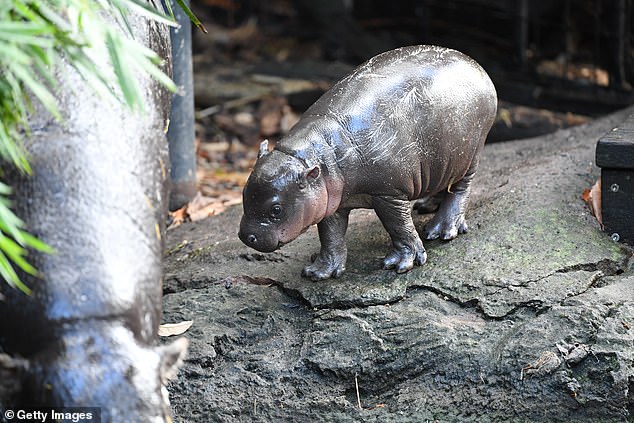 ‘They are so beautiful,’ he said.

‘There’s fewer than 3,000 of them left in the wild, so every birth in a zoo is extremely valuable to help bolster that population to ensure that we don’t lose the species all together,’ she said.

The baby hippo had spent the previous two weeks in an off-exhibit nursery den, learning to walk and swim under the watchful eye of her mum.

Watching her graduate to the big exhibit was thrilling for Ms Moss – who says the calf was initially hesitant to go into the pool, but eventually took the plunge with a little encouragement from mum. 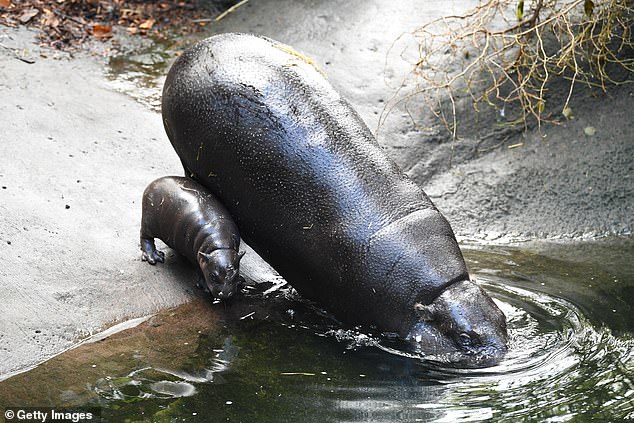 Born to mum Kambiri and dad Fergus, the pygmy hippo is the first birth at the zoo in four years

‘As the calf masters the art of swimming and becomes more confident in and out of the water, we will begin to increase the depth of the pool and remove some baby proofing,’ she said.

The pint-sized calf remains nameless and zookeepers are appealing to the public for help.

Options suggested by her keepers include Amara, which means ‘filled with beauty and grace’ and is of West African origin; Sierra after the country of Sierra Leone; and Sapo after the Sapo National Park in Sinoe County, Liberia. 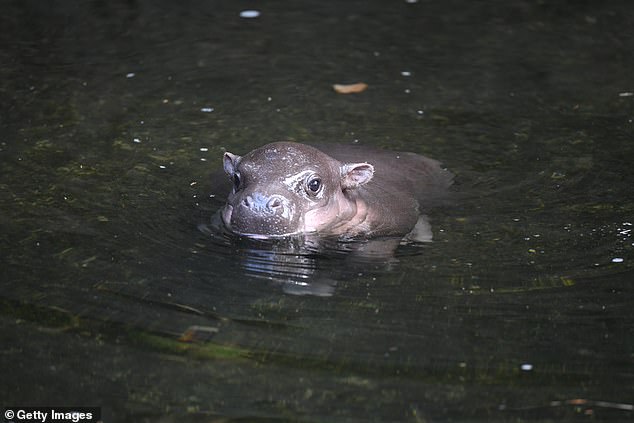 The baby hippo has spent the last two weeks in an off-exhibit nursery den, learning to walk and swim 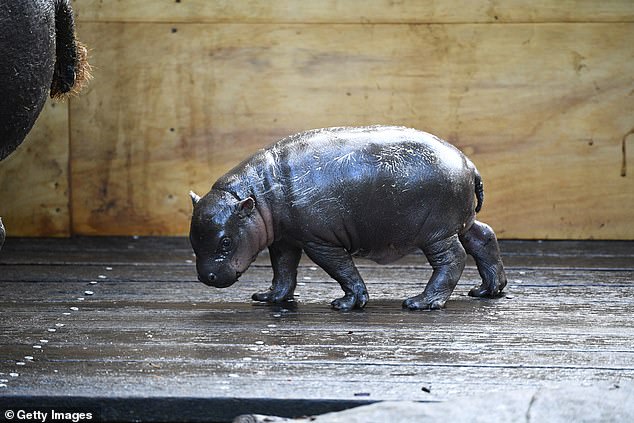 Members of the public can submit their own suggestions through the zoo’s website.

Pygmy hippos are native to West Africa and are generally solitary animals, only coming together for breeding.

There are estimated to be between 2,000 to 3,000 pygmy hippos remaining in the wild – classifying the species as endangered, with numbers continuing to decline in the wild.