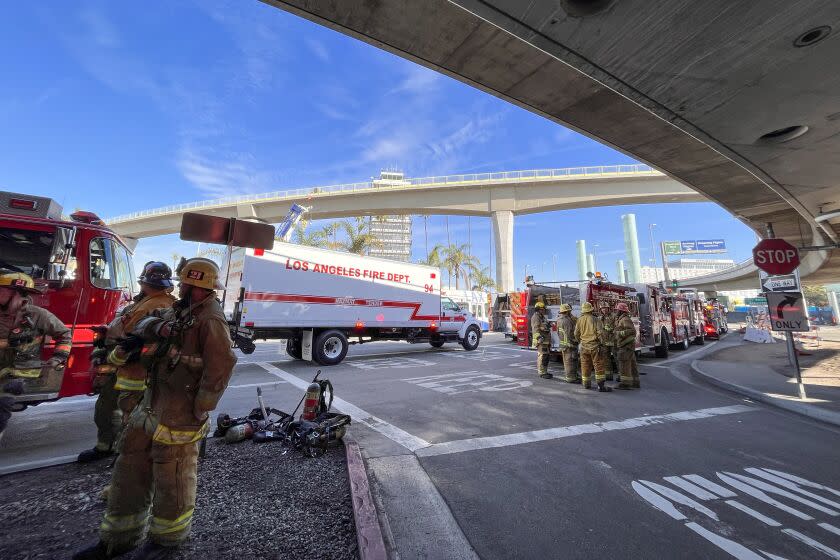 The LAFD said workers in a small, subterranean electrical room about 200 feet from the Terminal 8 Baggage Area heard a "popping sound" around 7 a.m., which coincided with the release of the carbon dioxide vapor. A hazardous materials team was dispatched to the airport to investigate the situation.

Three men and one woman were working in the underground room and were sickened, the LAFD said. Three of the contract employees quickly exited the room, but a 36-year-old man was not able to get out as fast and was found not breathing and without a pulse when first responders arrived, according to LAFD spokesman Erik Scott. The man was first identified incorrectly by LAFD as being in his 50s. First responders with the Los Angeles Police Department and the Los Angeles Airport Police performed CPR on the man and he was taken to a hospital, where his pulse was revived.

His condition was updated from grave to critical and he is now breathing on his own, according to Scott. 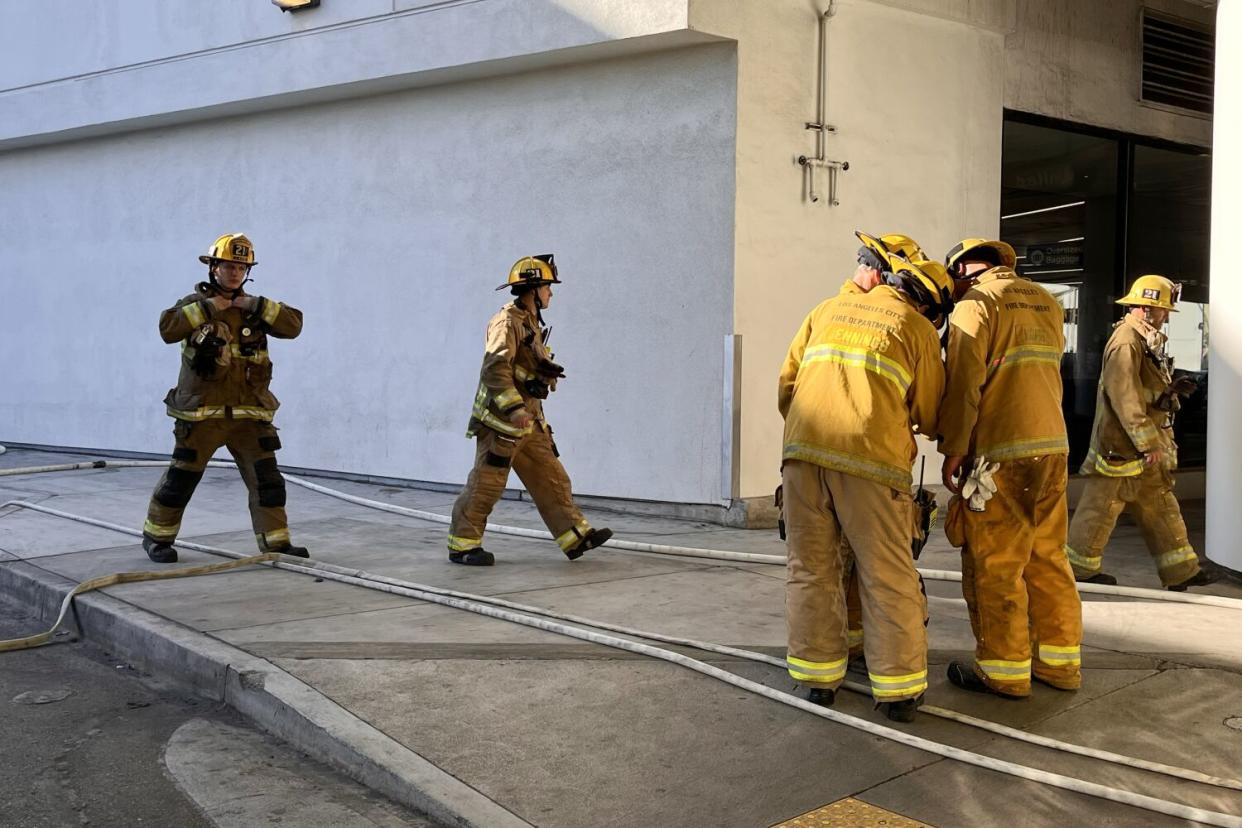 The carbon dioxide was accidentally released but is properly used to fight fires in the electrical room without destroying equipment with water, Scott said. If there were a fire, the gas could be released and replace the oxygen in the room, extinguishing a fire, he explained. But in this case, it left the workers with no air to breathe.

It was not immediately clear why the carbon dioxide was released Monday while the workers were in the room.

Airport officials moved about 100 people from Terminal 8 to Terminal 7, the LAFD said. No passengers were medically affected by the leak, the department said. The electrical room is at the end of a dead-end hallway, Scott said.

The airport said in a tweet that it was clearing Terminal 8 of passengers and sending them to Terminal 7 for "screening and access" as the LAFD investigated. 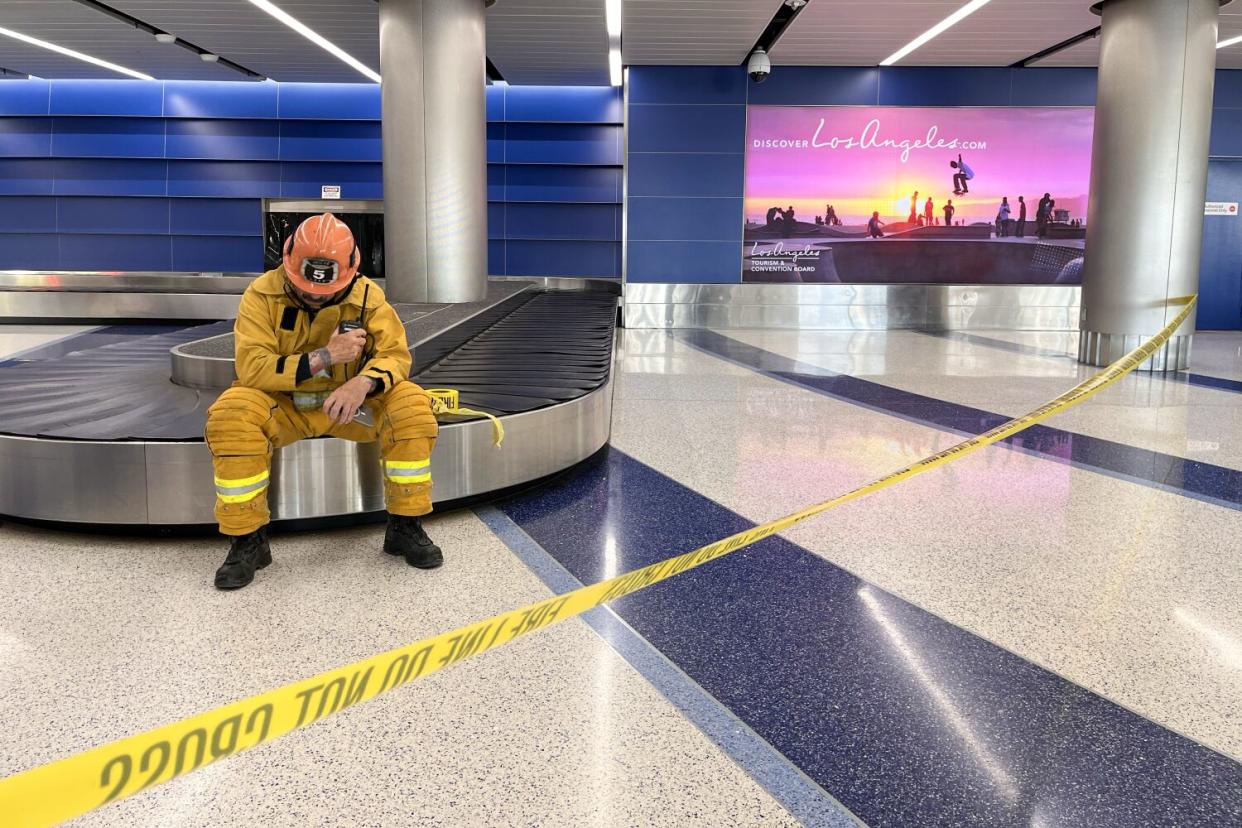 Passengers will not immediately be brought back to the terminal as the LAFD continues to investigate what caused the leak. United Airlines flights, which usually land at Terminal 8, are being diverted to Terminal 7, an LAX Airport Police official said.

"This is under control," Scott said at a news conference at the airport Monday morning. "We need to reset that [carbon dioxide] system. Make sure it’s up and functioning properly before we can repopulate people in here."

Scott said the situation is not escalating at this time.

Trace amounts of the gas remained in the utility room around 9 a.m. Monday, the LAFD said.

California's Division of Occupational Safety and Health is investigating the incident.