Matters joined the band in 1975 after the release of their High Voltage album.

Matters quit music after his short stint with the legendary Australian rockers, and was quickly replaced by Mark Evans.

Matters’ death was announced on Facebook by his friend, Rod Wescombe, who said the musician had lived a ‘reclusive life in his later years’ and that his rock ‘n’ roll lifestyle led to ailing health in older age.

‘Shocked and sad to hear of the passing of Paul Matters,’ he wrote. 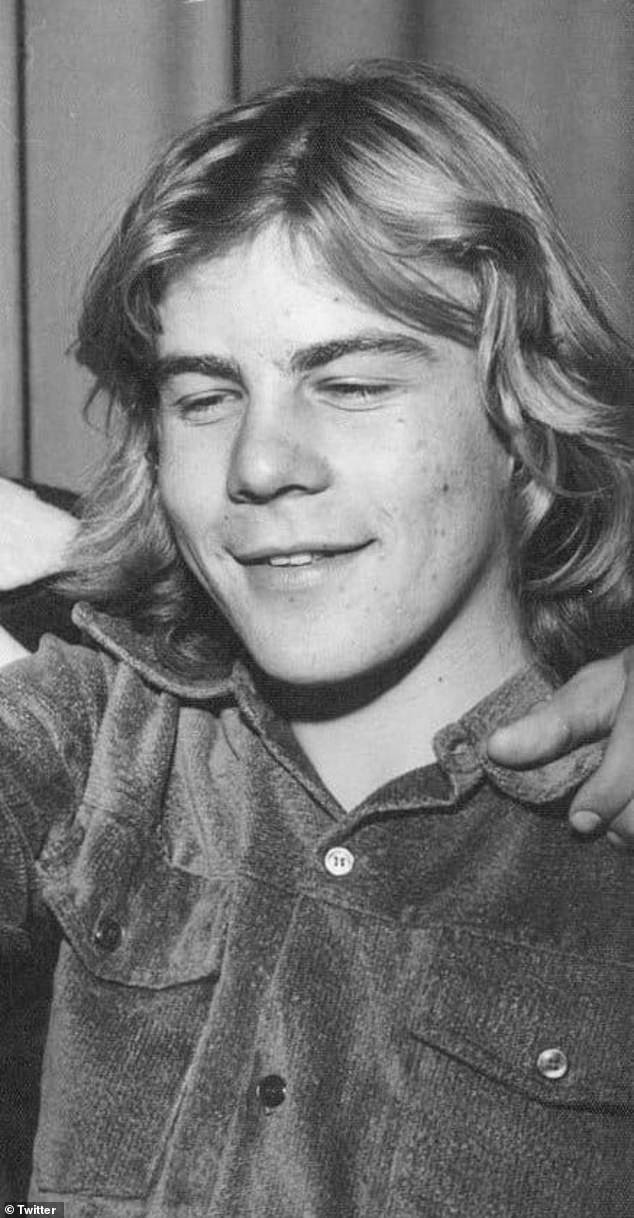 ‘I first met Paul in 1973 when he was playing bass in “Armageddon” at a gig in Hamilton, Newcastle N.S.W.

‘When I was living in Toronto he would drop into the house in the late hours to party and he loved to party.

‘In late ’75 after he departed AC/DC we played together in a one off band called ‘Miss Australia Band’ at a gig on a ferry on Lake Macquarie.

‘I moved to Sunshine on the lake further south and Paul would drop in to chill whenever he was in the area.

‘I recall he could always make me laugh when he was in the mood.’

Matters has only given one interview after leaving AC/DC for the 2017 Bon Scott biography The Last Highway: The Untold Story of Bon Scott and AC/DC’s Back in the Black. 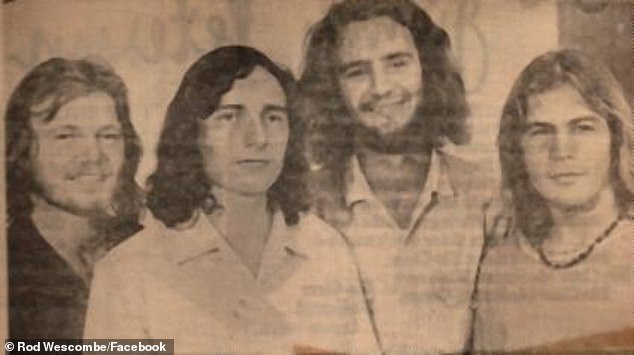 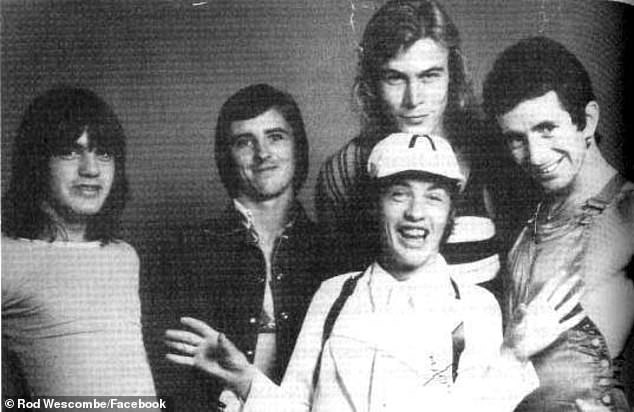 Speaking about how he was sacked Matters said: ‘Bon got out of the back of the truck and told me I wasn’t going back to Melbourne with them.

Also present on the cover is vocalist Brian Johnson, 72, who previously quit the band in 2016 due to hearing problems, and drummer Phil Rudd, 66, who left the group in 2014 amid legal troubles.

AC/DC last toured Down Under in 2015 and 2016 for their Rock or Bust World Tour, in support of their sixteenth studio album, Rock or Bust.

Brian’s hearing problems forced him to leave the band mid-tour in 2016.

He was temporarily replaced by Guns N’ Roses singer Axl Rose, who served as vocalist for the band’s remaining concerts.

Doctors had advised the frontman to either quit performing live or face the possibility of ‘total hearing loss’.

‘That was the darkest day of my professional life,’ Brian said of the diagnosis at the time.

AC/DC was formed in Sydney in November 1973 by brothers Malcolm and Angus Young.

Following the death of lead singer Bon Scott from acute alcoholic poisoning at the age of 33 in 1980, Brian Johnson was hired to replace him.

Rhythm guitarist Malcolm was diagnosed with dementia in 2014 and retired to a Sydney nursing home.