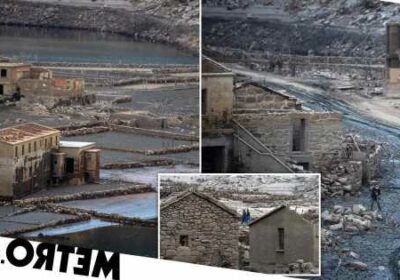 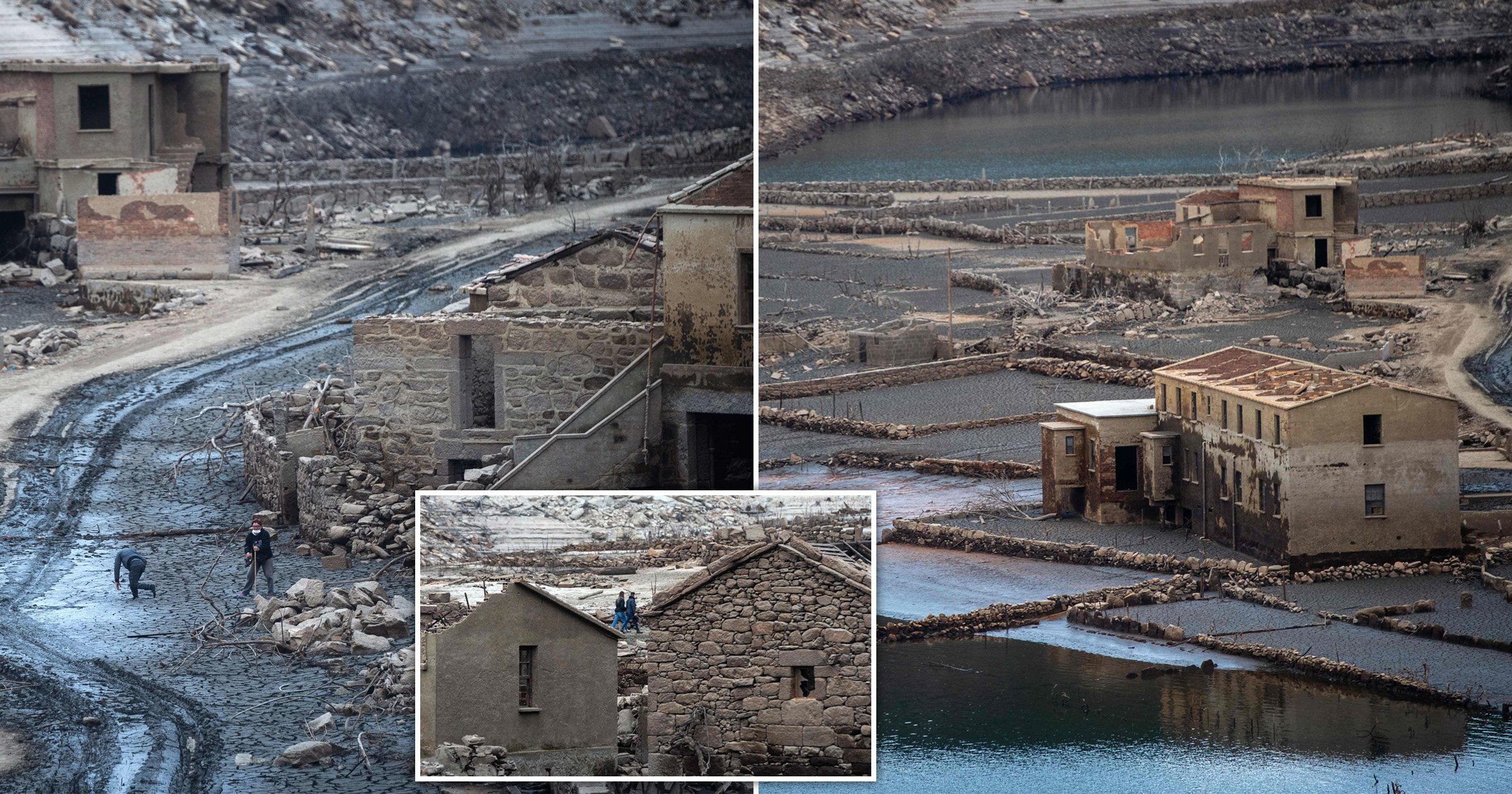 It might look like a Hollywood film set but these pictures show a Spanish village that was abandoned almost 30 years ago.

In 1992, dozens of families living in Aceredo, near Lobois, were forced to abandon their homes to make way for a reservoir.

Homeowners had to move on when a Portuguese hydroelectric plant closed its floodgates causing the Limia river to flood the valley where Aceredo is located.

Communities in five villages in the Ourense province fought the threat of eviction but were unsuccessful and all were forced to leave.

Since then, Aceredo has been hidden underwater, only reappearing when the Lindoso reservoir falls to very low levels – and one of those rare occasions is now.

The village’s stone structures have survived, but many of the buildings’ roofs have collapsed.

Mud has filled doorways and anything metal has rusted in the three decades it has spent underwater.

But as waters have receded, the outlines of the farmland have reappeared, as have roads and pathways.

Among the remnants of buildings are abandoned cars, personal possessions and even bottles, which stand perfectly upright on shelves and tables – creating haunting scenes.

A village water fountain even still flows – despite no residents remaining to drink from it.

Many of Aceredo’s families still live in the area and on Monday, people could be seen wandering through the eerie village exploring what remains of the long lost community.

But Aceredo has also become a spectacle, with tourists gathering even when the village does reappear.

Troubles first began when Spain and Portugal struck a deal to use their border rivers to create the Lindoso dam.

The construction of the dam came at a price – the expropriation of land and homes in five villages in the area, Aceredo, A Reloeira, Buscalque, O Bao and Lantemil.

Many in Aceredo were initially hostile to negotiating with the Portuguese EDP electricity company, harbouring no desire to leave.

But when 51% of homeowners had agreed to depart, the deal was done and a forced seizure of land was published, forcing the rest of the village to also leave.

Almost three decades later, all the villages have been lost to the Lindoso reservoir hydroelectric plant waters, with Aceredo the only one to reappear when water levels fall.