A sense of entitlement 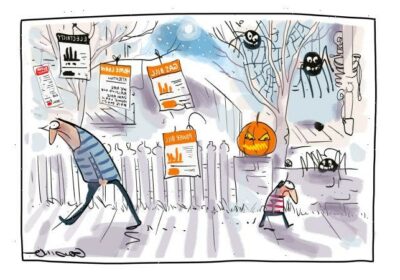 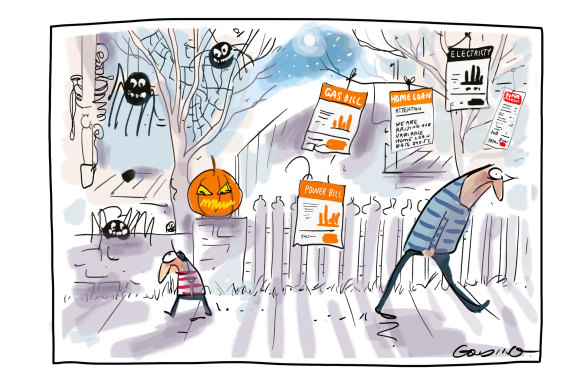 A sense of entitlement

I am not sure whether to laugh, cry or shake my head when I read some of the financial questions put to George Cochrane.

A couple with close to $2 million in cash and super (plus goodness knows what their property is worth) have the gall to seek free advice on how best to game the taxation system and in the process flaunt their wealth (“Beware the traps when topping up your super”, Money, The Sunday Age, 23/10).

This is one of the most profound problems we face today with so much wealth in the pockets of Baby Boomers, of which I am one, and the resultant inequities in our society. One only has to look at the housing market as a prime example.

Sadly there are too many who believe they have an entitlement to take from the public purse as much as they can, and that the government owes them. This of course means that the government has less to support those who are really in need. My generation needs to wake up.
Peter Farrell, Point Lonsdale

He had the opportunity to bring these families home years ago and now after leaving them to rot within the camps calls caution to the nation. If he’d shown an iota of compassion we wouldn’t be looking at families that have suffered further years of horror and the impact that has had on their social, moral and psycho-social wellbeing.

A lesson for the future – take action early to minimise the impact.
Tom Stafford, Wheelers Hill

Grateful for my life
Excellent article by Kerri Sackville (“What doesn’t kill me makes me … oh, spare me”, Comment, 28/10), quoting Friedrich Nietzsche.

She makes the point that not all people who survive trauma become stronger. I experienced an emotional breakdown many years ago, and I have been left with feelings of anxiety. Sometimes I become panicky.

I have the support of a wonderful therapist and I now meditate and practise mindfulness. I have successfully worked for 30 years and to many I would seem very strong. However the trauma has left emotional scars, and while my world has opened up to include many strategies that support me, it has left me often feeling vulnerable.

I am grateful for my life and know that I would not be where I am today without the traumatic experience because it has taught me many lessons: to no longer be judgmental, to listen and hear people who are struggling with life and to show more compassion. Hopefully I have become a better human being.
Name withheld by request

Boost the feed-in tariff
If electricity charges are to rise it seems only fair that those who are providing solar-generated power to the electricity companies receive a higher rate.

However I don’t expect this to happen as those companies can now enjoy a greater profit from the power we provide.
Stephen Dinham, Metung

It was always a bad idea
As a child playing Monopoly I wasn’t fazed by the unfamiliar London street names.

What baffled me was the idea that a private individual could own the waterworks and electricity supply.
At the age of eight I thought it a stupid idea. How right I was.
Michael Challinger, Nunawading

Who had his ear?
Federal Treasurer Jim Chalmers’ PhD in political science doesn’t make him an expert in economics and finance – the technical disciplines at the heart of a sound federal budget. Those competencies are the province of highly qualified public servants, employed as economists and financiers in the federal Treasury.

Public servants are duty bound to formulate and give fearless advice to ministers, aimed at “good government”, meaning optimising benefits for the nation. This contrasts with the sort of advice expected by ministers from political advisers, which is all about “good politics”, meaning maximising votes for the party. That was Chalmers’ role before being elected to parliament.

Hopefully, his thinking behind the budget reflected fearless advice from Treasury and put aside the partisan political considerations that dominated his former advisory role. I hope he didn’t instead listen to the urgings of people in that role now, or self-interested political colleagues. You have to wonder, though, what Treasury thought about him keeping the tax cuts for people on high incomes.
Lawrie Bradly, Surrey Hills

Everyone is biased
Your correspondent (“Give them the option”, Letters, 29/10) points out that there is no way of knowing or controlling what research trial jurors do during their home break.

The suggested remedy is a choice of judge-only trial, because it would “definitely guarantee impartiality”. Really? Judges are trained in matters of the law, but they are also people, with their own set of life experience, knowledge, opinions and biases.

A judge-only trial provides a unanimous verdict from a citizen sample of one instead of 12. Not even a random sample of 12 judges would guarantee an unbiased outcome.
Ralph Bohmer, St Kilda West

I figure any occasion that encourages us to dress up, get to know our community and have a bit of fun is a good thing. Bah, humbug (or should that be whoo-oo-oo-oo?) to the naysayers. Treats available here.
Wendy Hinson, Wantirna

Michael Bachelard sends an exclusive newsletter to subscribers each week. Sign up to receive his Note from the Editor.