The Reichstag is to be fitted with a dry moat in a massive anti-terror reinforcement of the German parliament.

Plans have been drawn up for a 32ft wide, 8ft deep trench to keep potential threats away from the seat of German democracy in Berlin.

A fence will also guard the perimeter as well as a new £134million visitor centre which requires all tourists to go through an underground tunnel.

Angela Merkel’s ruling CDU party say the measures are necessary to protect from terrorism as Europe remains on high alert. 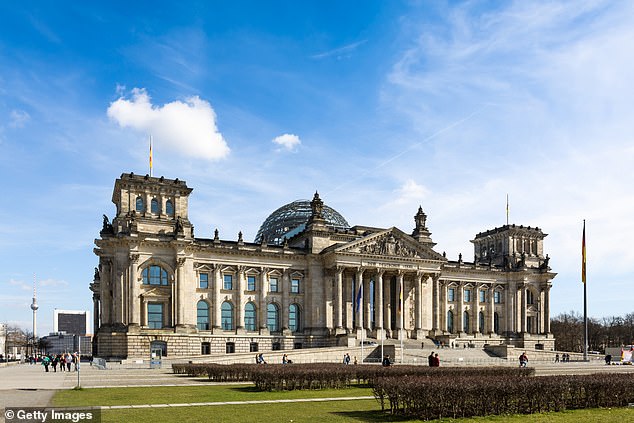 The Reichstag is to have a 32ft wide, 8ft deep moat built around it to protect from terrorist attacks 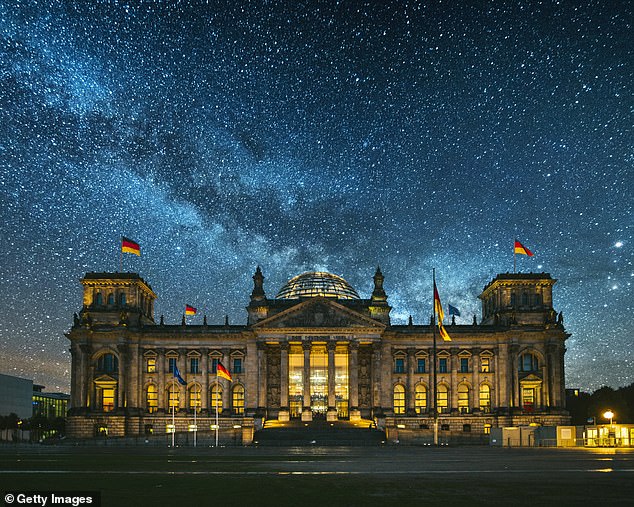 A Reichstag spokesman told Der Tagesspiegel: ‘The basic idea is to provide maximum security, without affecting the view of the building and the environment.’

The project will do away with the current prefab tourist centre, an eyesore which was hastily erected after a 2010 bomb plot forced a closure of the Bundestag.

The ‘ha-ha’ moat will be invisible, with a slope leading down one side and a wall on the other.

The plans include a 165ft zone of security to guard against terror attacks.

However, Gesine Lotzsch of the Left Party, told Berliner Zeitung: ‘I cannot abide the idea that a ditch between people’s representatives and the population should be drawn.’

The deputy chairman of the right-wing AfD told Der Tagesspiegel: ‘Parliament shows that it is afraid of the consequences of its own policies, which have brought violence and terror to Germany through uncontrolled mass immigration.’ 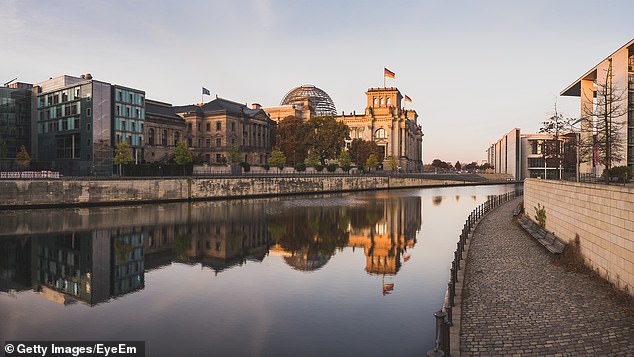 While Johannes Huber, also AfD, tweeted: ‘The Bundestag should not seal itself behind a moat. Every Member of Parliament, even those of the old parties should know that they were not put there by God, but democratically elected by the citizens and above all committed to them.’

The Reichstag, built in 1894, was severely damaged during WWII and not properly refurbished until Germany re-unified in 1990.

After the completion of works in 1999, it once again became the centre of German government.