Home » World News » 900 Better.com employees learn their jobs are being eliminated in a Zoom call

900 Better.com employees learn their jobs are being eliminated in a Zoom call

About 900 employees of digital mortgage company Better.com learned they had been laid off in an abruptly-scheduled, three-minute group Zoom call weeks before Christmas.

"I come to you with not great news," CEO Vishal Garg said at the beginning of the Dec. 1 meeting, according to a recording of the call posted to TikTok.

"We are laying off about 15 percent of the company for a number of reasons — the market efficiency and performances, and productivity," he said.

"If you’re on this call, you are part of the unlucky group that is being laid off," Garg continued. "Your employment here is terminated effective immediately."

He told employees that the decision to let them go was "challenging." 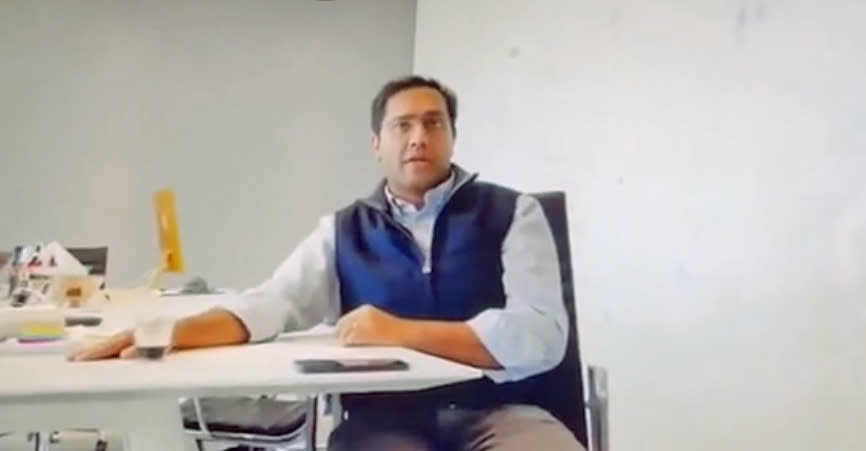 "This is the second time in my career I’m doing this, and I do not want to do this. The last time I did it I cried," Garg said. "Um, this time, I hope to be stronger."

He also told the hundreds of former employees that they would receive about a month of pay and three months of benefits — all of which would be detailed in an email from human resources sent to their personal email addresses.

An employee who was laid off that day said his company-issued computer went dark shortly after the call ended. He didn't receive the email from human resources until hours later.

"I was sitting here thinking, 'What the hell?'" the employee, who asked not to be identified for fear of retaliation, told NBC News.

He added: "I thought I was safe. I had perfect reviews and thought I was an integral part of the team. It's a bummer because I know I worked really hard to help build up that company and it looks like I just wasted my time."

The way in which Garg chose to fire hundreds of people was jarring, the former employee said.

"It seemed like he could have had a better way to go about it," he said. "Maybe in individual rooms with HR people."

Better.com announced in May plans to go public, but the deal was delayed.

A day before the layoffs, the company received a $750 million cash infusion from its backers, Fortune and TechCrunch reported.

The employee who was laid off said it was an indication that the company needed “capital urgently.”

“That’s definitely not good no matter how they spin it,” he said.

"Having to conduct layoffs is gut wrenching, especially this time of year, however a fortress balance sheet and a reduced and focused workforce together set us up to play offense going into a radically evolving homeownership market," Ryan said in a statement.

Garg founded the company in 2014 "with the goal of re-engineering the mortgage process," according to Better.com's website. Garg wanted to make home buying faster, easier and less expensive.

He has faced controversy before. In an email to employees obtained by Forbes last year, he wrote: “You are TOO DAMN SLOW. You are a bunch of DUMB DOLPHINS and…DUMB DOLPHINS get caught in nets and eaten by sharks. SO STOP IT. STOP IT. STOP IT RIGHT NOW. YOU ARE EMBARRASSING ME.”

Garg refused to participate in the Forbes profile, and it’s unclear what prompted the email.

Better is based in New York and has additional offices in Charlotte, North Carolina; Oakland and Irvine, California; and Gurgaon, India.