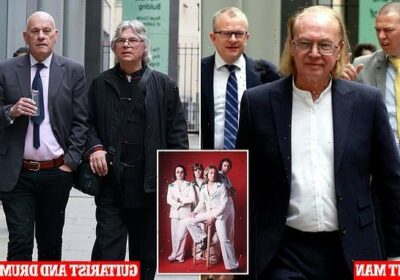 Chart-topping 70s glam-rock group the Rubettes known for number one song ‘Sugar Baby Love’ have been torn apart by a bitter court fight over their iconic name.

Frontman Alan Williams, 64, claims his former band mates went behind his back to launch a breakaway band called the Rubettes after they split in 2018.

He claims that he and his company, Alan Williams Entertainments Ltd, has the right to use the name ‘the Rubettes’ and prevent former band mates from using it.

And he is accusing Rubette guitarists Mick Clarke, 65, and Steve Etherington, and singing drummer John Richardson, 65, of trademark infringement.

His barrister told the High Court in London that guitarist Mr Clarke, who founded the band alongside Mr Williams and Mr Richardson, was ‘sacked’ in October 2018 ‘following a dispute about fees’.

And soon after Mr Clark applied to register the UK trademark for ‘the Rubettes’ and started his own band with Mr Richardson and Mr Etherington alongside him.

He was also said to have used the band’s distinctive red and black logo to advertise his band, which Mr Williams’ lawyer Mr Smith claims he has no right to use. 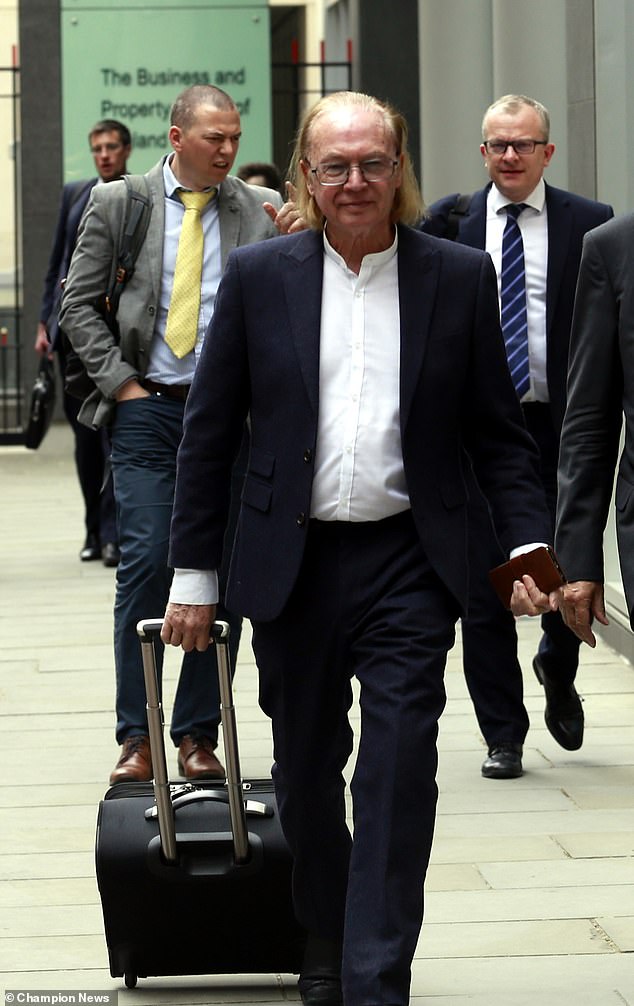 Frontman Alan Williams (pictured outside court), 64, claims his former band mates went behind his back to launch a breakaway band called the Rubettes after they split in 2018 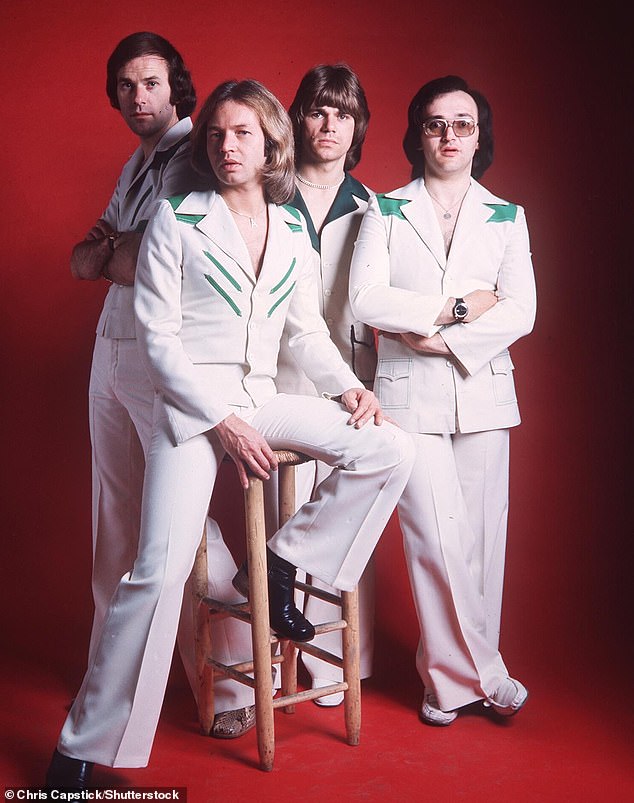 The Rubettes (pictured in 1976) shot to fame in 1974 after the release of their debut single and number one hit, which blended 70s glam-rock and 50s doo-wop with distinctively high-pitched vocals 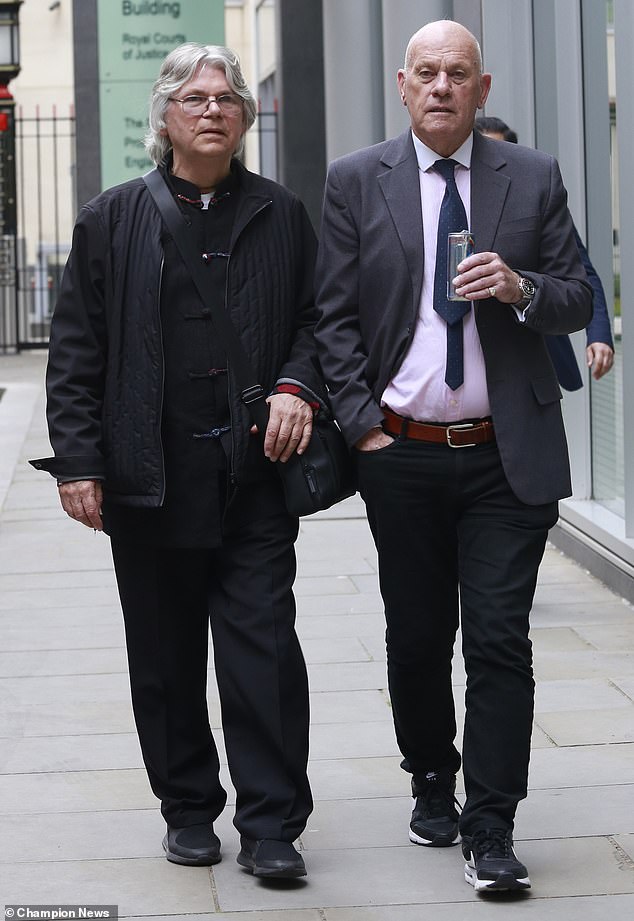 Mr Smith told the court the ‘central issue’ in the dispute is whether Mr Williams and his company, Alan Williams Entertainments Ltd, have the right to prevent his former band mates from using the name ‘the Rubettes’.

He added that Mr Williams’ company had a monopoly on using the disputed name until the 2018 falling out.

He told the court: ‘Alan Williams Entertainment was the relevant trading entity using the name or variations between about 1983 and when (the three band mates) commenced their wrongdoing.’

The frontman claims guitarist Mr Clarke and drummer Mr Richardson hatched a ‘clandestine and secret plan’ to split from Mr Williams and did not know what they were planning.

‘There wasn’t a whisper or a dickie bird, this was all going on behind his back,’ barrister Mr Smith told the judge.

Mr Williams claims he ‘suffered damage’ due to the band’s splintering.

His barrister said: ‘He has been told by one of the main promoters of 60s and 70s bands in the UK that he cannot promote his band because of the presence of Mr Clarke’s band in the UK.’

But in his evidence, Mr Clarke said he and bandmate Mr Richardson only began discussing the option to break away when their frontman told a TV show in Holland he was planning to relocate to Australia.

They discussed whether they would ‘walk away’ from the band or carry on without Mr Williams, who they assumed would be out of the picture due to living on the far side of the world, said Mr Clarke. 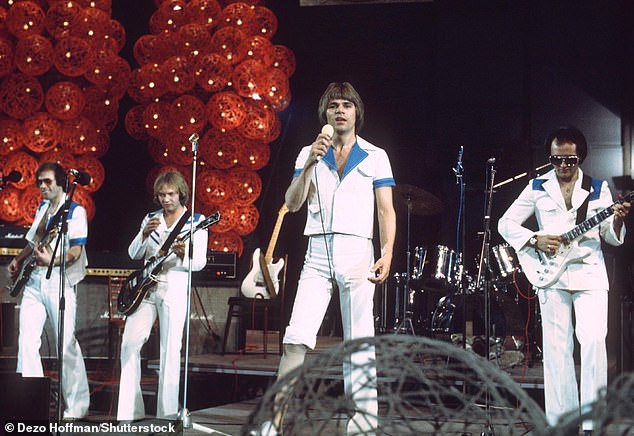 He had also grown increasingly frustrated with Mr Williams’ controlling style, the court heard, claiming that he was secretive about the cash the band received and pushed the Rubettes into taking on wasteful tour dates.

‘He never consulted us about what the fees were,’ Mr Clarke said from the witness box.

‘I was interested in the band and doing the music but not interested in taking on projects which were clearly more harmful when no one was turning up for some of the shows.’

‘I knew that he was losing money rather than making money and doing harm to the band.’

He said he was open with Mr Williams about wanting to carry on with the band when he moved to Australia.

Mr Clarke told the court: ‘We told Alan we were going to carry on.’

John Richardson told the court he had known Alan Williams since 1969 and was present during the original ‘Sugar Baby Love’ recording sessions. 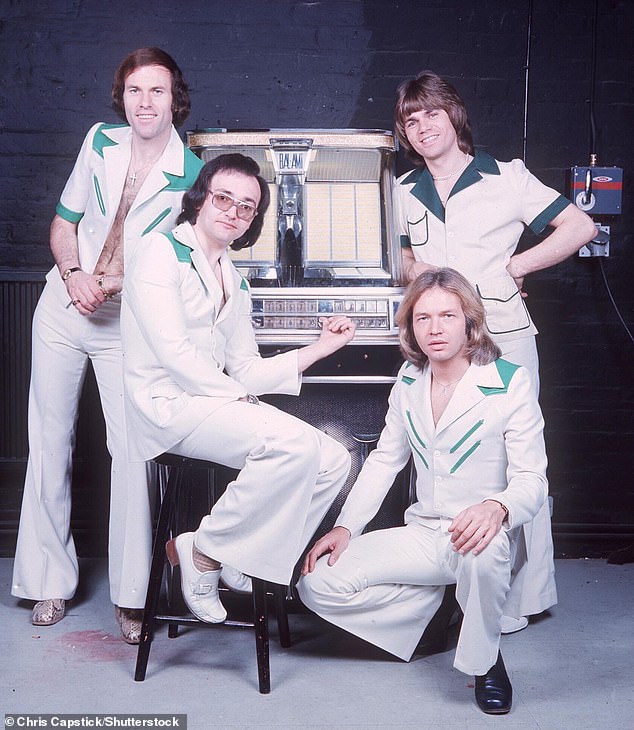 Addressing how their chart-topping hit was masterminded back in the early 70s, Michael Colbey – representing the breakaway trio – said: ‘Although Mr Williams’ evidence on this isn’t entirely clear, he seems to accept that he was not responsible for the striking lead vocals, particularly in the introduction to the song.’

Mr Smith pointed out that his frontman client had also played a part in the sessions to which he commented: ‘No disrespect to him but I just can’t remember him being there.

‘I was there for all the sessions but I can’t say he was there because I don’t remember.’

Mr Etherington has now quit the Rubettes, although he is still a named defendant in the court dispute.

Judge Pat Treacy has now reserved her decision in the case.

This is not the first time there has been a dispute about who can use the band’s name.