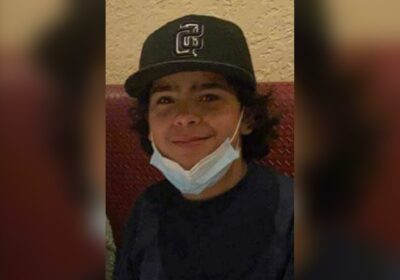 A 12-year-old boy in California has died after he accidentally shot himself with a gun that a friend brought to a sleepover, police said.

Maximilian “Max” Mendoza was given the weapon by a 15-year-old boy during the sleepover Saturday at his home in Chula Vista, the Los Angeles Times reported.

Relatives said they overheard a gunshot around 9 a.m., then found the boy bleeding, the outlet reported.

His mother, Aida Mendoza, said she held her “baby boy” in her arms as they waited for paramedics to arrive at the home,

He was taken to a nearby hospital, where he succumbed to his injuries, police said.

Investigators questioned the 15-year-old boy who brought the gun to the home but released him, the outlet reported.

Police are looking into how the teen got access to the weapon and who owns it.

Loved ones gathered on Monday to remember Max, who recently graduated from Rogers Elementary School.

“It’s surreal. It’s like, who goes home and thinks their 12-year-old brother is gone?” one of Max’s sisters, Macy Mendoza, told Fox5 San Diego. “He was only 12, you know? So much to live for.”