'You're dead': Harvey vows to kill aunt Sharon in Corrie 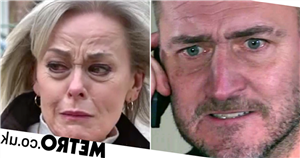 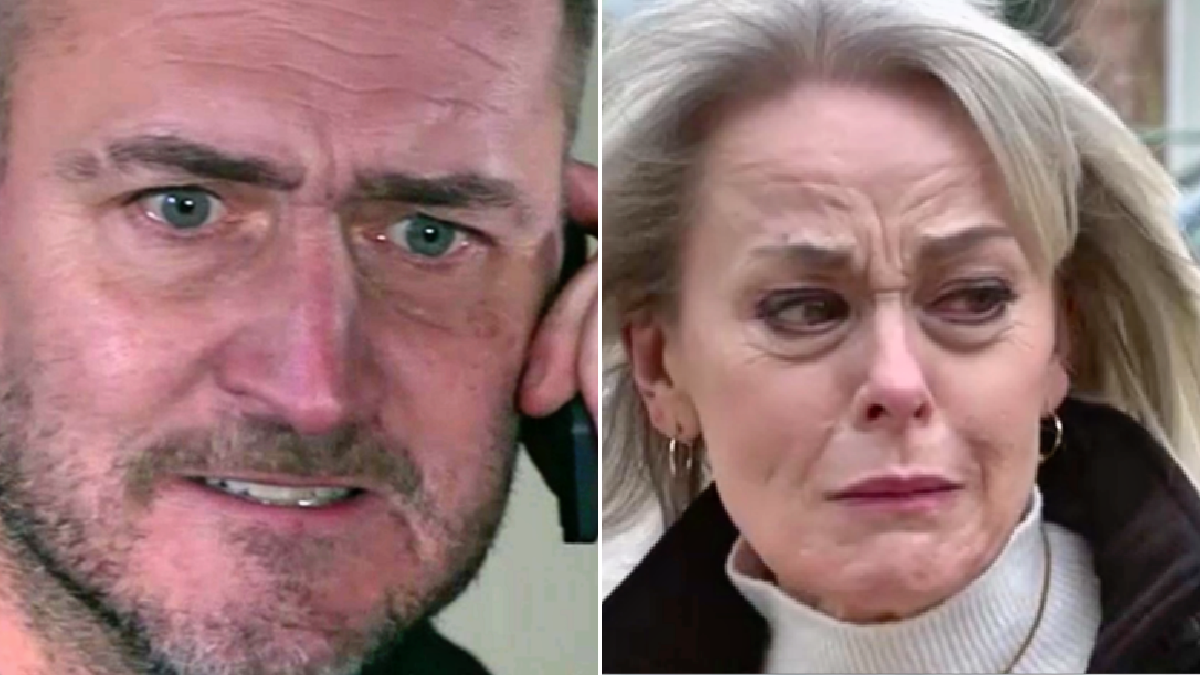 Coronation Street legend Sharon Bentley (Tracie Bennett) learned the hard way that nephew Harvey Gaskell (Will Mellor) is not someone to be messed with.

The soap icon made an explosive return to the cobbles last month, hellbent on tracking down Leanne Battersby (Jane Danson).

Her reasons for doing so were shrouded in mystery at first, but it later became apparent that – much like in the good old days – she’s up to no good once again.

Leanne, Nick Tilsley (Ben Price) and Simon Barlow (Alex Bain) did a moonlight flit in the wake of getting Harvey sent to prison, and the thug is desperate to locate them – and he’s been using aunt Sharon to do so.

Sharon, meanwhile, is riddled with guilt about what she’s doing, after she bonded with Sam Blakeman (Jude Riordan) last week.

However, she had been hoping that Simon’s presence in the hospital would lead her to Leanne, and therefore she instructed Harvey’s thug to wait outside the building for ailing Peter (Chris Gascoyne) – convinced he’d lead them straight to his son.

Carla (Alison King) cleverly spotted the hard-man, however, and she tricked him into following Peter back to the street, while she headed off to warn Leanne.

Sharon, upset that her mission had gone awry, knew full well that Carla knew exactly where Leanne, Nick and Simon were staying, and therefore she set in motion another plan – one which saw her acquire the location of the missing residents from Carla’s phone!

The former mainstay of the ITV soap then sent the same thug around to the address to retrieve Leanne, Nick and Simon, but her plan was once again foiled, as the aforementioned characters were nowhere to be seen.

Harvey, having learned of Sharon’s failure, wasted little time in calling his aunt. He berated her for encountering another obstacle, and ordered her to use her newfound friendship with Sam to get what he wants.

‘You do it!,’ he roared down the mobile device. ‘And I’m telling you know, if you mess it up this time. You’re dead.’

Sharon was noticeably shaken, as she headed off to do as Harvey demanded.

Coronation Street continues Wednesday May 5 at 7:30pm on ITV.