Home » TV & Movies » Young Sheldon EP Teases George and Mary's Reactions to Pregnancy News: 'There Is Anger, There Is Understanding'

Young Sheldon EP Teases George and Mary's Reactions to Pregnancy News: 'There Is Anger, There Is Understanding' 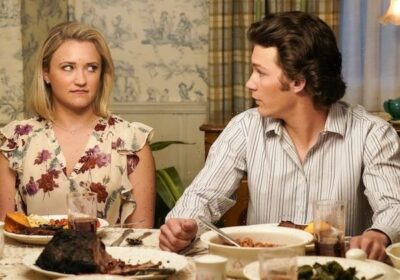 Cooper family history is repeating itself on CBS’ Young Sheldon.

Eighteen years after an unwed Mary became pregnant with Georgie, George and Mary’s first born went and knocked up older girlfriend Mandy — and Thursday’s episode of the Big Bang Theory spinoff picked up in the immediate aftermath of that bombshell.

Later, Sheldon and Missy’s older brother consulted former boss (and Meemaw’s ex-boyfriend) Dale on the matter, who eventually posed an ultimatum: Tell your father or I will. And so, in the closing moments of “Babies, Lies and a Resplendent Cannoli,” Georgie invited his dad into the garage, where he told him that he got a girl pregnant.

Looking ahead, series co-creator Steve Molaro suggests that George and Mary’s past will not be lost on the Coopers as they contemplate next steps. “It’s so loaded, with so many emotions and feelings among these characters,” he tells TVLine. “There is anger, and at the same time, there is understanding, which makes for a really interesting sandbox of stories to climb into.”

As for whether abortion is on the table, Molaro answers, “No… But obviously, Mary’s religion always plays a factor in these types of stories and will continue to — not on that particular level,” he reiterates, “but more on how they should handle this moving forward.… It’s certainly one of the [storylines] that will take us through the end of Season 5.”

Thursday’s episode also marked the death of Sheldon’s childhood hero, Foundation author Isaac Asimov. For more on that storyline and what it establishes in terms of the prequel’s timeline, click here.