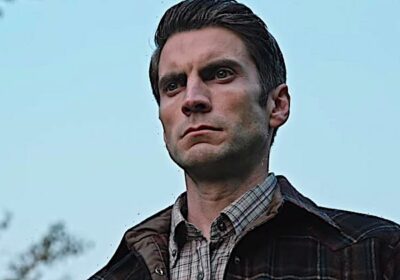 “Every… body… pays,” warns the pulse-pounding Season 4 Yellowstone trailer that Paramount Network dropped Thursday. And from the looks of it, at least one character is going to pay with his life: Based on Mia’s reaction to finding an unconscious Jimmy after his latest fall off a horse, he just might have saddled up for the last time.

Cleverly, the clip, thrilling as it is, doesn’t give any clues as to whether Kevin Costner’s John, Kelly Reilly’s Beth or Luke Grimes’ Kayce survived the Season 3 finale’s attempts on their lives. But we do get our first glimpse of Jacki Weaver (Smurf in the Animal Kingdom movie) as Market Equities CEO Caroline Warner as well as further indication of just how evil Jamie’s biological father is. “Fair… moral… ” new series regular Will Patton almost hisses as Garrett. “Those are words men invented to scare and shame other men from taking back what they’ve stolen.”

“What about right or wrong?” asks Wes Bentley’s weaselly Jamie (of all people!). “There’s no such thing,” Pop replies. Yikes. 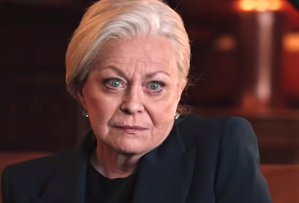 Late last month, Paramount Network announced that Yellowstone would return for Season 4 with back-to-back episodes on Sunday, Nov. 7. In addition to Weaver and Patton, Piper Perabo (Covert Affairs) and Kathryn Kelly (Nashville) have been tapped to play recurring roles. The former will be Summer Higgins, an outside protestor from Portland who is against the state-funded police force that protects industrialized farming and the killing of animals; the latter, Emily, a vet tech who soon strikes up a relationship with a new cowboy.

To watch the trailer, press PLAY on the video above. Then hit the comments. Is Jimmy down for the count? Would Yellowstone actually kill off one of the Duttons?