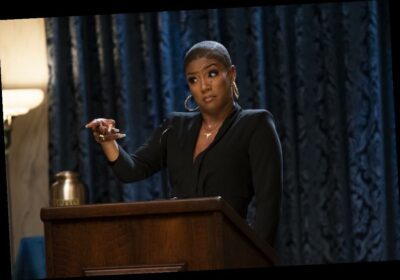 Roasts, in their standard form, thrive on chaos. They give speakers the green light to share the unfiltered truth of the night’s subject — or, more often, an exaggerated interpretation — leading to story after story, joke after joke, screed after screed that crosses the boundaries of accepted social mores. But, despite certain selections for Comedy Central’s (in)famous televised events, roasts typically work best when the roastee is well-liked. After all, it’s supposed to be an honor. Sure, taking a jackass to task can be fun, but there’s added excitement to peeking behind the curtain of an everyman’s gracious public image, just as there’s an added challenge for comedians to hit a not-so-easy target.

“Yearly Departed,” Amazon Prime Video’s end-of-year comedy special that says goodbye to “the year we love to hate,” is not officially a roast. It’s a wake. Speakers Tiffany Haddish, Natasha Leggero, Ziwe, Patti Harrison, Natasha Rothwell, Sarah Silverman, and Rachel Brosnahan — who, as the only non-stand-up in attendance, must be playing her Emmy-winning Amazon Prime Video character Mrs. Maisel in a none-too-subtle bit of cross promotion — take to the podium, dressed in their various black ensembles, and bid farewell to something “lost” in 2020. Each speech could focus on casual sex or rich girl Instagram influencers or pants or anything that the tragedies of this past year made all but impossible to enjoy.

Still, despite the funeral setting, there isn’t much mourning going on here. Yes, Haddish sheds a few tears when admitting that COVID isolation has forced her to seek out sex via [shudder] a monogamous relationship, and Ziwe’s excellent evisceration of corporate racism via the death of beige band-aids is as genuine as it is passive aggressive. But most of the five-minute stand-up routines are celebratory. Silverman waxes poetic on the death of MAGA. Harrison tells off super-rich Instagram influencers. Brosnahan ends her time on stage by ripping off her pants and vowing to never wear them again.

In this way, “Yearly Departed” is all over the map. The simple format maintains a sense of order and host Phoebe Robinson does the bare minimum to keep things moving along, but the 43-minute special doesn’t connect or build or offer many fresh insights into the plight of this past year. It’s gives a lot of talented women the chance to go off on one 2020 topic of their choosing, if only for five minutes each, and choice bits of strong writing do emerge. (Ziwe and Silverman’s stand-up stands out.) But the not-quite-an-hour special still feels remote and isolated, as though each speaker is shouting into the void instead of talking to each other, and that’s because they are. 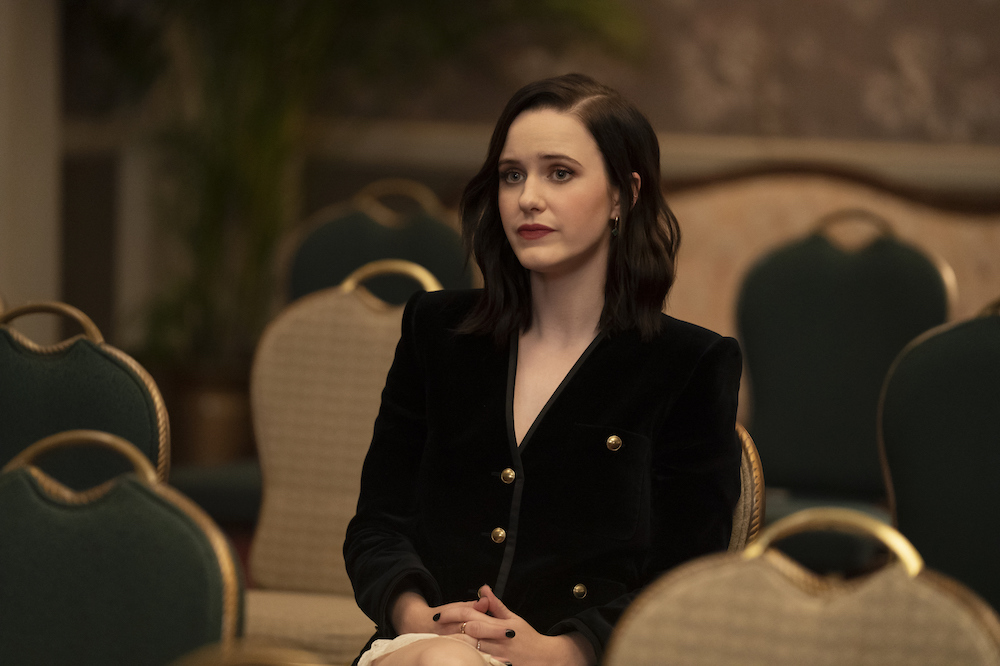 Writer and executive producer Bess Kalb’s concept may have been come together more naturally under normal circumstances, but as depicted via behind-the-scenes videos in the closing credits, “Yearly Departed” was made under strict pandemic protocols. Director Linda Mendoza spoke to actors virtually (at least some of the time), and the entire cast was never in the same room together at the same time. Most shot their speeches separately, and then sat in their assigned chairs, next to a few silent extras, to deliver scripted crowd reactions and choice heckles. Later, each performance would be digitally cut together to give the appearance of unity, but just like there’s no faking a live show, there’s no faking a live wake.

Or a live roast. Given the “fuck you 2020” energy everyone brings to the funeral parlor, “Yearly Departed” wants you to feel like you’re there, burning down the past as we sit on the precipice of the future; like you’ve been given the go-ahead to laugh at the ridiculous year you just survived because you fucking survived it. We all need to let off a little steam right now, and what better way to do just that than with a razor sharp look back via stand-up?

To start with, “Yearly Departed” needs more edge, a little more slack, and way more chaos to make for a memorable goodbye to 2020, let alone a fitting one. What’s here is too polished to befit the last 12 volatile months, and keeping the performers separate eliminates any chance of them building off each other’s sets. Had Rothwell really heard what Haddish had to say before she took her place at the podium, her odd adieu to TV cops may have made more sense. Instead, it sounds like she’s claiming cop shows have vanished from the airwaves, a fact disputed by the same Dick Wolf she name-checks. Even the surprise musical guest that closes out the special (whose name I’m barred from sharing, despite it being neither shocking or unwelcome) can’t muster the impulsive fever pitch her secret addition strives to hit.

Maybe a roast isn’t exactly what “Yearly Departed” was going for, but a wake doesn’t quite fit either. Maybe 2020 is just here to ruin everything, and this is one more good idea stymied by a no good very bad year. Maybe what we all need now is real human connection, and it’s a bit too easy to spot another virtual get-together. The past year defies formula by demanding adaptability, and until we have a little more perspective on what this year hath wrought, maybe we should just avoid making too many declarative statements about what’s been forever changed. If “Yearly Departed” helps get you through to 2021, then it’s done its job. But a bit more chaos would’ve made for a more fitting send-off.