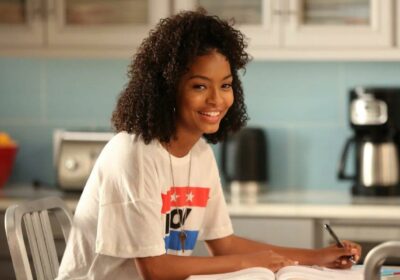 The Zoey Johnson depicter insists it’s the right time to end the Kenya Barris-created television hit series and she feels honored to be a part of the family.

It was revealed last week that the programme will be coming to a conclusion after an eighth and final season. And speaking to U.S. TV show “Extra” at the 2021 MTV Movie & TV Awards, Yara reflected on the news while teasing what’s to come in the last series.

“Honestly, I’m just honoured we’ve been able to go on this journey for eight years and that we’re ending it ’cause it feels like a great place to end,” she said. “We’ve been able to see each character evolve in such beautiful ways. That show has been a gift to me and a gift to millions to those who have been able to tune in. I’m looking forward to the note that we are going to end on, which is really just a honour to be part of the family.”

And as he announced the news of “Black-ish” coming to an end in a post on Instagram, creator Kenya Barris revealed it was his decision to conclude it next year (22).

“In this day and age it is rare to get to decide when your show should come to an end, and we are grateful along with ABC to be able to make this final season exactly what we’d hoped for – and to do it with the entire and AMAZINGLY STELLAR cast coming back to close this chapter out with us the right way!” he wrote.

“This show has changed my life in so many ways and I am so proud of the conversations we’ve started along the way. None of this would have been possible without our audience and supporters, who have championed the show every step of the journey; allowing us to change not just the narrative of Black Families, but of Family, Culture, and the World in general. All the while allowing us to talk about things that people were not supposed to talk about period and especially on a network television comedy.”