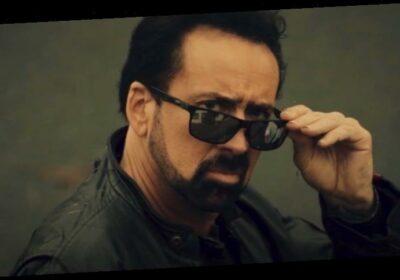 Have you ever wanted to see Nicolas Cage fight some murderous animatronic animals? Well then, here’s a film for you: Willy’s Wonderland. The premise – which sure sounds awfully similar to the premise of the video game Five Nights at Freddy’s – finds Cage playing a janitor who has to battle it out against evil, sentient animatronic animals at an abandoned family fun center. Lots of screaming, fighting, and, uh, dancing, follows. Watch the Willy’s Wonderland trailer below.

Blumhouse has been trying to turn Five Nights at Freddy’s into a film for a while now, but they’ve struggled to lock down a script. I’m sure they’ll get around to it sooner or later, but for now, we’ll have to make do with Willy’s Wonderland. And to be fair, Willy’s Wonderland has one big thing going for it: Nicolas Cage. Cage, who at this point is clearly all-in on exploiting his wild and crazy image, is going big here as he fights his way through killer animatronics.

In the film, “The Janitor (Cage) finds himself stranded in a remote town. Unable to pay the repair shop to fix his Jeep, he agrees to work off his debt by spending the night cleaning Willy’s Wonderland, an abandoned theme park full of animatronic characters that were once a beacon of fun for children to play with. But Willy’s Wonderland carries a dark secret that The Janitor is about to discover. He’s been lured into a deadly trap, or rather, a living nightmare, as the Wonderland’s animatronic characters come to life to destroy him. The Janitor is forced to fight his way from one monster to another, trying to survive until morning. And The Janitor doesn’t play nice.”

The cast also features Emily Tosta, Beth Grant, Ric Reitz, and Chris Warner. And no offense to any of those swell folks, but – I wish they weren’t in the film. I wish the entire movie was just Cage, on his own, fighting animatronic animals. Because let’s get real: that’s all anyone wants to see here. Willy’s Wonderland arrives in theaters and on digital and on-demand on February 12.