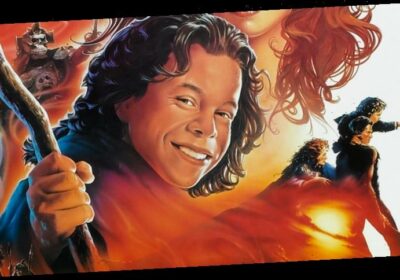 The Willow TV series pilot headed to Disney+ was supposed to be directed by Jon M. Chu, but Chu recently left the project due to personal reasons. Now, the show has found a new director – Jonathan Entwistle, director and co-creator of I’m Not Okay With This. Entwistle also directed episodes of the show The End of the F***ing World.

THR has the scoop on Jonathan Entwistle taking over as the Willow TV series director. Entwistle’s credits include The End of the F***ing World and I’m Not Okay With This, and he’s also attached to direct the upcoming Power Rangers reboot. Before Entwistle came on board, Jon M. Chu was attached to direct and executive produce the series. However, Chu left the show earlier this month, releasing a statement saying, “I’m heartbroken to let you all know that I unfortunately have to step away from directing Willow. With the production schedule moving due to continued lockdowns in the UK, and with a new baby coming this summer, the timing is just not going to work for me and my family.”

The Willow TV series is based on the 1988 fantasy epic directed by Ron Howard, and will introduce “all-new characters to the enchanted realm of fairy queens and two-headed Eborsisk monsters, and welcomes back its namesake hero, Willow Ufgood, performed once again by the unmatchable Warwick Davis.” Ron Howard is back as well, serving as executive producer along with co-showrunners Jonathan Kasdan and Wendy Mericle. Kasdan also wrote the script.

Entwistle, who will also executive produce, released the following statement: “With its epic world of swords, sorcery and adventure, Willow captivated and influenced so many. I’m excited to be going on this journey and working with Jon and Wendy to create something that is both deeply rooted in that original film and also a fresh, funny and charming addition to the beloved story. To be able to play within the world so painstakingly crafted by Ron back in ’88 is a dream come true for me.”

Released in 1988, Willow was a fantasy epic that came from the mind of George Lucas (and owed more than a few things to J. R. R. Tolkien). Despite some claims to the contrary, the movie was not a flop – it grossed $137.6 million worldwide against a $35 million budget. But it was also not the huge hit everyone had hoped for. However, a strong fandom has developed over the years, and talk of some sort of return to the world of Willow has sprung up from time to time, and Disney is ready to cash-in on that nostalgia.