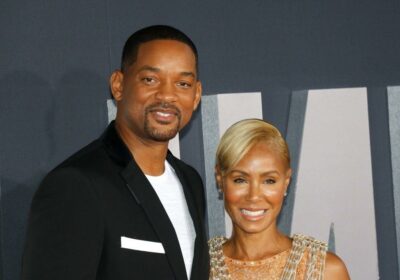 Westbrook takes full control from Elysian and The Smith Family Circle, Will and Jada Smith’s family office. The transaction gives Westbrook full control of the German licensing and distribution company and all of its subsidiary entities.

Frouman will continue to oversee Telepool’s operations and is being tasked with driving growth of Westbrook’s portfolio outside the U.S. with “dramatic expansion” on the agenda. The respected TV industry vet joins Westbrook a decade after launching and serving as Chairman and CEO of super indie Red Arrow Studios.

We are told that the Telepool brand and operations will continue and that the deal won’t lead to any staff departures.

Will Smith and German-Swiss filmmaker Marc Forster had initially taken 50% each in the company back in 2018. We understand that Forster exited Elysian Fields a while ago.

Telepool holds the German distribution rights to Smith’s recently-released Oscar contender King Richard, produced by Westbrook for Warner Bros. The company has a strong library of movies and a slate of film and TV projects in development. It also owns international sales company Global Screen.

Ko Yada, Westbrook’s CEO, said: “Westbrook’s acquisition of Telepool and the launch of Westbrook International Holdings enables us to truly reach a global community, furthering our mission to empower artists to tell stories that connect the world. By aligning with best in market creative teams, financing development, and expanding distribution, we will accelerate our ability to share universal stories that resonate with a global audience. We are excited to have Jan both running Telepool and leading the search for future acquisitions at Westbrook International Holdings. We’d also like to thank our outgoing partners at Elysian Fields for a successful and rewarding collaboration.”

Reto Eigenmann, CEO of Elysian Fields (parent company of Elysian Invest AG) added: “We would like to thank Westbrook for the excellent partnership over the past years. Telepool has been successfully transformed to meet the challenges of the future and we firmly believe Westbrook is the best possible owner of the company going forward. The Elysian Fields team would also like to thank Jan and the employees at Telepool for their trust, commitment and hard work in bringing a new vision of the company to life.”

Which Asian Market Could Produce The Next ‘Squid Game’-Size Hit?