Will Our Yorkshire Farm return to Channel 5 in July 2021? 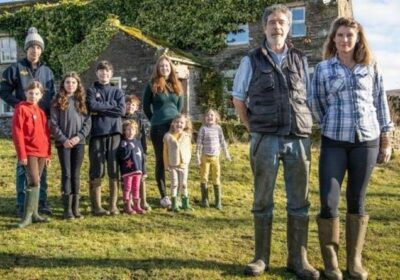 Will Our Yorkshire Farm return in July?

During series four of Our Yorkshire Farm, fans were expecting to see eight episodes of the show.

However, following the release of episode seven on May 25, the eighth episode failed to air the next week.

The reason for this was because Channel 5 rescheduled the episode due to its premiere of the Anne Boleyn mini-series.

Yet, since this, the next episode still hasn’t been released, with all signs pointing towards episode eight now being the premiere episode of series five.

Fans are now hoping the show will return this month, July 2021. However, Channel 5 have not made an official statement of the release of the new series.

Our Yorkshire Farm also doesn’t pop up in the network’s listing for the next few weeks, so a July release seems unlikely.

There have traditionally been one-year gaps between each season, meaning the wait for the next season could be some time for viewers.

However, with episode eight already filmed, the gap between seasons could be much shorter.

Yet, without Channel 5 confirming the release, it looks more likely that there will be another long wait until the show returns.

For the show to drop in July, Channel 5 would have had to release a teaser for the upcoming show, yet one hasn’t been released.

The show’s usual slot of 9pm on Tuesday nights doesn’t have the show on the Channel 5 calendar for the foreseeable future.

Amanda Owen has also not updated fans on the release of the new series, but she is keeping them up-to-date on Owen family life.

On Twitter, the star regularly posts about what the Owen family is getting up to on the farm away from the cameras.

Recently, Amanda shared a post with the caption, “Leave no stone unturned,” which showed her daughter Clemmie help maintain the farms stone walls.

Amanda has also confirmed the family’s move away from Ravenseat, telling The Home Page that they would be moving a mile away from their current farm in the Yorkshire Dales.

The star explained: “Each of the buildings on the farm are named after people who are long gone, but whose memory lives on and it’s important to keep the heritage of the place going.

“A house is a house but living somewhere wild, like here, really shapes your character.”

With no official updates on the release of the new season, fans will have to stick with Amanda’s social media updates to keep track of the Owen family.

Fans have taken to social media to ask where the new season is, with many of them sharing their thoughts on Twitter.

One viewer wrote: “When are the new episodes of #OurYorkshireFarm coming out? I need to know. Just binged watched it and I need more. I love it!” (sic)

“The eldest and I have spent another night fawning over how amazing the Owen clan are, and sadly finished all episodes of #OurYorkshireFarm,” another shared.

A third posted: “@channel5_tv @AmandaOwen8 confused as to why the last episode of #OurYorkshireFarm has been replaced by a new series, are there plans to reschedule?”

Our Yorkshire Farm is available to watch on Channel 5 and My5.