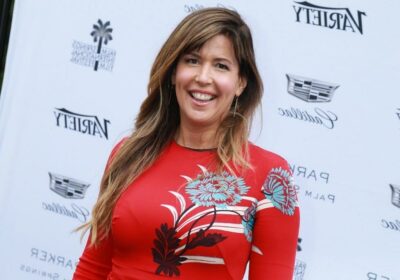 Wonder Woman 1984 director Patty Jenkins critiqued movies made for streaming services like Netflix in 2021. After all, there’s nothing like the box office experience when it comes to large action films. Enthusiasts definitely didn’t experience disappointment with her 2017 release of Wonder Woman on the big screen.

Unfortunately, the sequel Wonder Woman 1984 did not get the same kind of premiere, given the constraints of the coronavirus (COVID-19) pandemic. For the cast and crew, it may have been a disappointment. But Jenkins noted they did the best they could with what they had.

‘Wonder Woman 1984’ opened in theaters and on HBO Max

Warner Bros. first pushed back Wonder Woman 1984 to an August release from its original June date. The studio delayed it again so as not to conflict with Denis Villeneuve’s Dune. After more scheduling shifts, the studio made a unique choice. Wonder Woman 1984 debuted simultaneously in theaters and on HBO Max on December 25, 2020. After one month on HBO Max, it remained exclusively in theaters for a little longer theatrical window.

While Jenkins did not love how things had unfolded, at the time, she felt it was the right decision given the circumstances. “In this case, at this moment in time only, I really was excited about this idea,” she told CNN ahead of the release. “The number one reason I’m a filmmaker is to try share experiences with mankind and have the communal moment of sharing something. Yes, I loved it when it happens in theaters, but this year I’m so touched and moved that it’s going to happen in people’s homes when they can’t go places and still happen in theaters where they can.”

In hindsight, Jenkins felt differently. “It was the best choice in a bunch of bad choices at the moment” and a “heartbreaking experience,” she said at CinemaCon (via Deadline) in August 2021. Wonder Woman 1984 would open to an unimpressive $16.7 million versus Wonder Woman opening at $103.2 million.

Jenkins continued to draw upon her “detrimental” experience with Wonder Woman 1984. “I don’t think it plays the same on streaming, ever.” she said of her film. She added, “I’m not a fan of day-and-date, and I hope to avoid it forever” of the process of releasing a film simultaneously on VOD and in theaters.

Jenkins noted mentioned one streaming service in particular. “I like working with Netflix for television, I wouldn’t make a movie there or any streaming service with those terms,” she said. “It’s hard to market a movie when it has a limited run.” Many fans and critics deemed her comments as elitist for this take.

Jenkins’ successful career to this point

Jenkins got her start in film in the ’90s. After a series of short films, she directed her first feature-length movie, Monster. Despite its small budget, it received wide critical acclaim. Jenkins didn’t return to the big screen for years after that. Instead, she directed for television, including notable series such as Entourage, The Killing, and Betrayal.

Interestingly, Jenkins was given the opportunity to have her superhero film before Wonder Woman. She was offered Marvel’s Thor: The Dark World. But she felt like the story did not resonate with her, and turned it down. This was ultimately the right choice when Wonder Woman came along.

What’s next for Jenkins? She will be the first woman to direct a Star Wars film with the upcoming Rogue Squadron. She is also working on a movie about Cleopatra and Wonder Woman 3, both of which are highly anticipated thanks to Jenkins’ outstanding track record.

Related: ‘Wonder Woman’: The Comic’s Creator Invented the Lie Detector and Then Gave Diana Prince Her Own Version, the Lasso of Truth