Why Didn’t They Ask Evans? Hugh Laurie shares why he chose Lucy Boynton to play Frankie 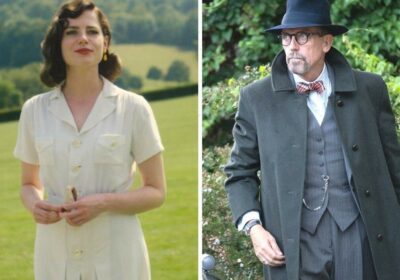 Why Didn't They Ask Evans?: Trailer for Agatha Christie series

As the director and writer, Hugh Laurie was the man behind Britbox’s hit series, Why Didn’t They Ask Evans? Reflecting on the casting process, he revealed why he chose Lucy Boynton to star as Frankie Derwent.

Why Didn’t They Ask Evans? is a murder mystery series and an onscreen adaptation of Agatha Christie’s 1934 novel.

It told the story of a dying man whose last words sent a vicar’s son and his best friends on a nationwide journey.

During a game of golf, Bobby Jones (played by Will Poulter) discovered the body of a dying man at the bottom of a cliff.

The man who had seemingly fallen off the cliff was later identified as Mrs Cayman’s (Morwenna Banks) adventurer brother Alex Pritchard (Leon Ockendon). 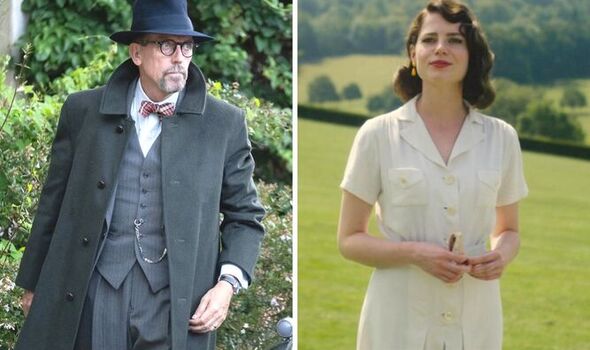 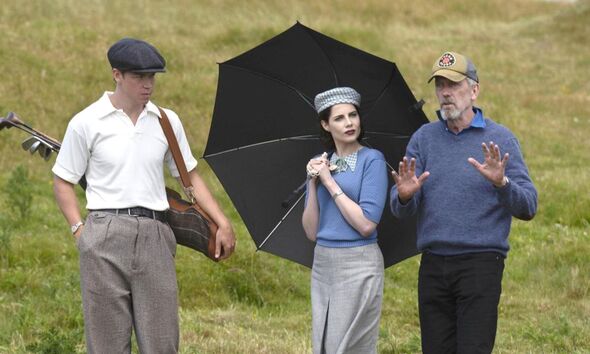 Although the fall was a mystery in itself, it was his last words which made Bobby suspect there was a sinister reason behind it all.

Even though Bobby tried to keep Alex awake, the man took his final breath and asked him: “Why Didn’t They Ask Evans?”

This set off the investigator in Bobby as he enlisted his longtime friend Lady Frances ‘Frankie’ Derwent (Lucy Boynton) to find out who Evans was.

She had returned to Wales after many years, and after a brief reunion, the quick-witted socialite agreed to go on the crime-solving adventure. 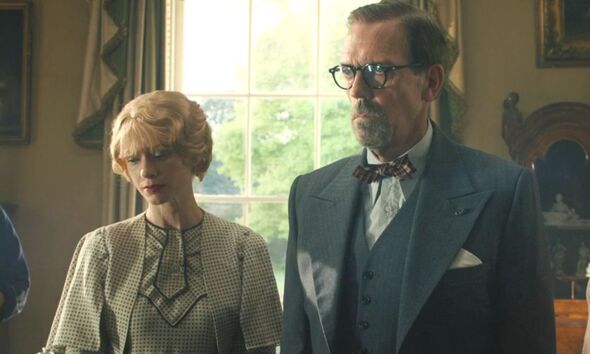 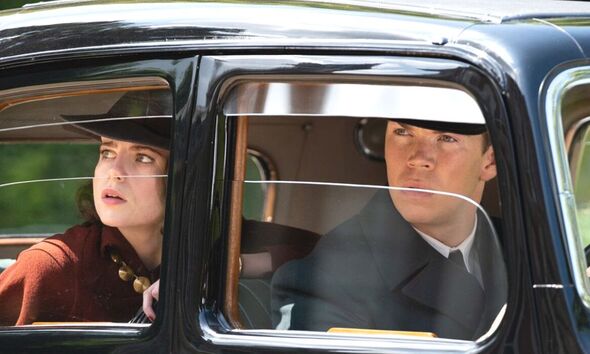 Just as the novel reads, the two friends travelled across England and Wales to discover what Evans had to do with Alex’s fall.

During the adventure, they even had to disguise themselves under dubious pretences to gain access to a number of establishments.

As the characters had already been written by Agatha Christie, Hugh had the job of depicting them on screens.

Speaking on the casting of Frankie, he revealed: “While writing it, the further I got into writing it, the more pressing the question of who on earth is going to play this.

“I started to think this is calling for rather a lot of different qualities in a single person, if I could find six different people to play one character, I can find one person.”

Hugh continued: “I can find one person who can do all of this whose got the sort of gumption and the agility and the wit and the dash, that was going to be very hard.

“And then I remembered meeting Lucy and when we first connected on zoom, I said rather confidently I said ‘You and I had met, and we had a very personal conversation.’”

The showrunner added: “I watched everything Lucy’s done and I watched her interviews and chats and I could tell sort of instinctively there was a tone and an energy and sort of quickness about her that was that was so beguiling ‘Oh God this is it, this is Frankie.’”

Speaking express.co.uk and other press at a Q&A, Hugh also went on to praise the actress for her portrayal of Frankie.

He stated: “I absolutely love the story. Actually, I think there’s something hip about it.

“I think it’s the hip character, it’s a hip story, and there’s a useful conundrum at the centre of it and it’s so exquisitely revealed in the book.”

Hugh shared: “We tried to do justice to that moment, actually Lucy had to bear the weight of that moment, the revelation of it, which she does, I may say justice exquisitely.”

Why Didn’t They Ask Evans? is available on Britbox.