Home » TV & Movies » Why Did Mama Mary Schmucker Leave Return To Amish? Here’s Everything We Know

Why Did Mama Mary Schmucker Leave Return To Amish? Here’s Everything We Know 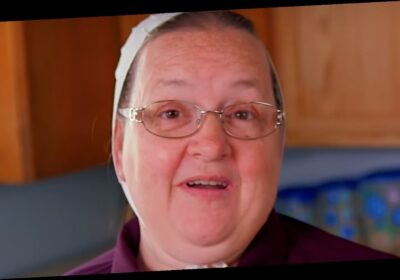 Known for its ambitious and unorthodox content, TLC has mastered the art of giving audiences reality shows they want to watch. The network proved this when they debuted Breaking Amish in 2012. The first season of the show featured five Anabaptists (four Amish and one Mennonite) who relocated to New York City to see what life could be like as Westerners.

Although the show was initially criticized for seemingly being staged and depicting the Amish community in a bad light, it quickly became a hit for the network, and raked in millions of views per week, per the New York Daily News. TLC was impressed with the show’s success and created a spinoff called Return to Amish in 2014, which followed cast members who left the Amish community behind in favor of city life.

On Return to Amish, we were updated on Abe and Rebecca Schmucker’s life after marriage. We also got a look into Jeremiah Raber and Carmela Mandez’s rough marital struggles, while Kate Stoltz chronicled her life as a socialite in New York City.

Despite the good ratings, some of the original cast members on Return to Amish have now distanced themselves from the show. One notable absence is Abe’s mom, Mama Mary Schmucker. What’s the story?

Not all reality show stars are in it for the long run, and the original cast of Return to Amish is no exception. Mama Mary Schmucker, who was known for her exuberant personality, seems to have left the show — and it may be because she wanted to make amends with the Amish church.

According to IB Times, Mary was shunned by the Amish church during the fifth season of Return to Amish. She wanted to get back on the church’s good graces — and may have left her reality show days behind. Fans were understandable confused when they didn’t see her in the January 2021 trailer for the sixth season, with many asking about her involvement in the comment section. “I’m glad Jeremiah and Sabrina are back. Is Mary coming back?” one user asked, whereas another wrote, “Mama Mary???”

According to TV Shows Ace, Mary will not be returning to the show.

While fans of the show may be disappointed about not seeing Mary on screen, they can still keep up-to-date with her on Facebook, where she often posts the results of games she had played and Tupperware she has for sale.