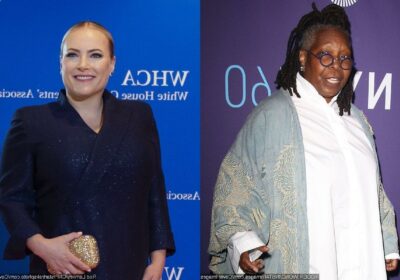 In a new interview, the EGOT winner, who often clashed with the conservative political commentator on the show, shares that things have been less stressful at work ever since Meghan left.

AceShowbiz –Whoopi Goldberg reflects on how Meghan McCain‘s departure from “The View” affects the talk show. In a new interview, Whoopi shared that things have been less stressful at work ever since Meghan left.

“It’s calmer because nobody wants to be that tired every day,” Whoopi told Page Six at the New York Film Festival premiere of “[]” on Saturday, October 1. “I think [the show], it’s better. I feel it’s better, but I’m still tired!”

It’s known that Meghan often clashed with Whoopi and Joy Behar on the talk show prior to the latter’s exit in August 2021. In her 2021 memoir “Bad Republican”, Meghan specifically called out the “Sister Act” star as one of the reasons she decided to leave the Emmy-winning series.

“I found her open disdain for me more and more difficult to manage as the years went on, and it became more frequent,” Meghan wrote. “Occasionally, if the show’s political discourse veered into territory that she found disagreeable, Whoopi would cut me off, sometimes harshly.”

The “Dirty Sexy Politics” author went on to describe the set of “The View” as a “toxic work environment.” In an interview with Variety in October 2021, Meghan said, “I was working on the show as the only conservative during the Trump years. I felt like a lot of people took out their anger on the administration on me because I was the only person in the building who was a Republican.”

Meanwhile, Whoopi didn’t seem to be bothered by the allegations. When asked about the allegations, the EGOT winner told TooFab, “Alright. I’m trying to get my leg and my hip right. I don’t have time to think about anything but myself.”