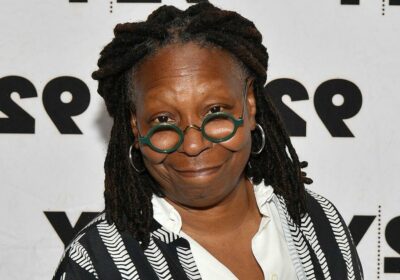 Actress and TV personality Whoopi Goldberg has questioned whether the Queen was "in tune" with the current royal affairs.

While appearing on US chat show The View earlier this year, Whoopi, 66, discussed her thoughts on the explosive Meghan Markle and Prince Harry interview with Oprah Winfrey that aired in March.

However, due to Meghan's allegations regarding her lack of support with her mental health and her experience with "the firm", Whoopi appeared puzzled on how "connected" everyone is.

She confessed: "I don’t know, I wonder how really connected everybody is.

"But I think it’ll be interesting to see what happens because it’s kind of rare for her to come out and actually say something."

She continued: "And I thought 'I guess that's where you're at' but you might want to remind people where you supposedly stand.

"Because you've taken up all kinds of positions in the past in the name of the monarchy.

"And granted, she's not writing all of these things for herself but still I think there's more to come. I don't think this is quite done yet I think people are really fired up about it."

Whoopi got caught in another debate on The View this week as Meghan McCain aired her thoughts, saying: ""Monarchies are stupid, the American experiment is the way to go.

"And if we have two American women, Meghan Markle and Oprah Winfrey, who have single-handedly finished what George Washington and our revolutionary counterparts did, I’m all for it."

An unimpressed Whoopi paused for a few seconds before bluntly replying: "Okay."

After Meghan and Harry's interview aired, the Queen issued a statement which said she was "saddened" by the allegations, however, she also noted that "some recollections may vary".

The statement read: "The whole family is saddened to learn the full extent of how challenging the last few years have been for Harry and Meghan.

"The issues raised, particularly that of race, are concerning. While some recollections may vary, they are taken very seriously and will be addressed by the family privately.

"Harry, Meghan and Archie will always be much-loved family members."

The news comes after Whoopi, who is close friends with Prince Harry congratulated him and the Duchess of Sussex on the birth of Archie in 2019.

She also mentioned that she believes the Queen would be happy with the new member of the family when asked by her co-host Joy Behar.

Whoopi said: "He's got a new baby, he's got an old lady that he likes, you know, life is good."

She added: "Well, yeah. The Queen actually likes her, I believe.

"I just think this is their first, and there might be others, and one of those babies is going to pop out looking like me," she joked.