Who left The Great British Bake Off 2020 tonight? THE Great British Bake Off is back with a bang but week two saw another bakers journey come to an end.

For episode two the theme was biscuits and the eleven remaining hopefulswere tasked with making some interesting bakes from florentines to macaroons.

Makbul Patel – a 51-year-old accountant from Greater Manchester – found a tough biscuit week difficult to swallow and was eliminated from The Great British Bake Off.

His Indian Chai tea service made of biscuit for the final challenge was described as “flat and clumsy” and as a result he was sent packing.

Makbul said: “I expected it, I felt it in my bones that it was me.

"I know that I gave everything. It was a privilege to be here meeting new people and making new friends, it has just been amazing.

“I wasn’t too keen on the Biscuit Showstopper in Week 2 – I think that was my downfall. I can be a bit pessimistic and I concentrated so much on not leaving in Episode 1, that I neglected the Biscuit week.”

He added: “I will be watching the series weekly and will continue to make bakes for the family.

“I am not sure if GBB0 will change my life, it is probably too early to say, but Iet’s see how I get on. I want to carry on with my enthusiasm for not just baking but cooking in general. If only everyone in the world had the same opportunities.” 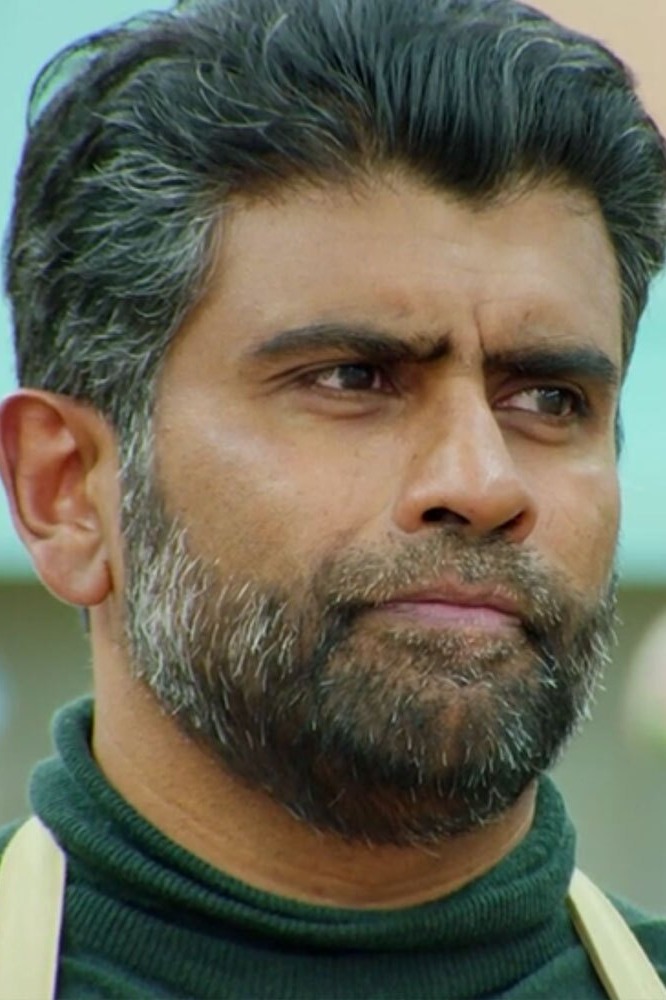 The Signature Challenge, saw the Bake Off contestants whip up some florentine biscuits.

Next, was the Technical Challenge where the bakers had to make 12 identical coconut macaroons – six filled with chocolate and six piped with mango curd.

Dave redeemed himself and won the Technical Challenge after last week’s drama, which saw Bake Off’s Sura drop his pineapple upside down cakes on the floor.

Finally it was the Showstopper Challenge where the bakers had to make a 3D biscuit sculpture of a dinner setting.

Many opted for afternoon tea, while Peter went for a biscuit Scottish Haggis, to the Bake Off judges and hosts delight.

But the same couldn’t be said for Rowan who yet again failed to deliver with his Showstopper.

Makbul didn’t manage to pull off his 3D biscuit display of chai tea, opting to piece his sculpture together instead of moulding it sealing the accountants fate.

Dave Friday was named star baker and Lottie received a coveted “Hollywood handshake” for the quality of her chocolate Florentines in the Signature Challenge.

All episodes will be available to watch on All 4 after they have aired.